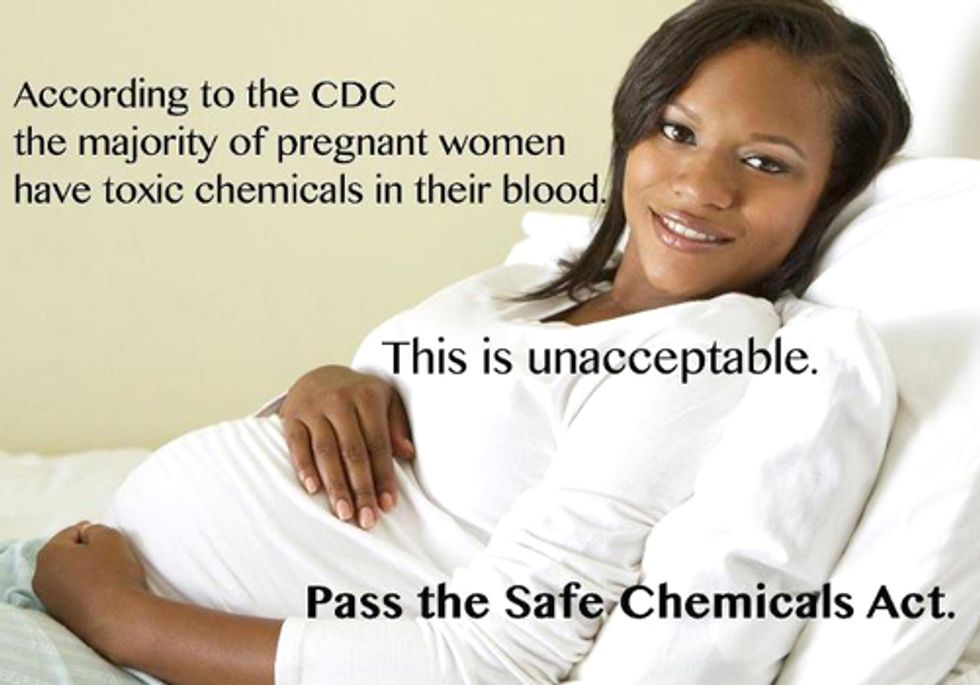 The evidence is summarized in a new report called Chemicals and Our Health, which was released by Safer Chemicals, Healthy Families, as the Senate Environment Committee gears up for an historic vote on chemical reform on July 25. The report highlights significant peer-reviewed research on the role chemicals play in the rising incidence of certain types of cancer, reproductive harm, infertility, Parkinson’s and Alzheimer’s diseases, learning disabilities and asthma.

“Evidence that chemical exposures significantly contribute to disease and disability burdens in the United States is undeniable, strong and continues to grow,” said Ted Schettler, MD, MPH, science director of the Science and Environmental Health Network and a leading contributor to the report. “It is long past time to act. By eliminating unnecessary exposures to toxic chemicals and using safer alternatives, we can help to slow and even reverse the growing disease burden on American families.”

“Many hormone-disrupting chemicals are found in greater concentrations in African Americans. Many are linked to diseases, such as diabetes, obesity, prostate cancer and early onset breast cancer—all of which are conditions that are more common in communities of color,” said Cedric Bright, MD, president of the National Medical Association, the nation’s oldest and largest organization representing African American physicians.

The new report also highlights the substantial costs associated with exposures to toxic chemicals in children. Researchers conservatively estimated that the annual cost of environmentally-attributed diseases in American children was $76.6 billion per year, or 3.5 percent of U.S. health care costs, in 2008.

“Chemical exposures not only have a major impact on children’s health but also on our economy,” said Leonardo Trasande, MD, MPP, associate professor of Pediatrics, Environmental Medicine and Health Policy at New York University. “Passing the Safe Chemicals Act is necessary to reduce the burden of disease associated with these exposures. Chronic childhood conditions and costs associated with them may continue to rise if this issue is not addressed.”

The report comes as the Senate Environment and Public Works Committee plans to hold an oversight hearing on toxic flame retardant chemicals that were the subject of a scathing investigation in the Chicago Tribune this May. The same committee will vote on Sen. Lautenberg’s Safe Chemicals Act on July 25.

“What we learn from the science is that we could make an enormous dent in the suffering of the American people simply by identifying and restricting the chemicals that cause chronic illness like cancer,” said Andy Igrejas, director of Safer Chemicals, Healthy Families. “Rarely are politicians presented with such a clear opportunity to make a difference in the lives of their constituents.”

Visit EcoWatch's AIR and BIODIVERSITY pages for more related news on this topic.