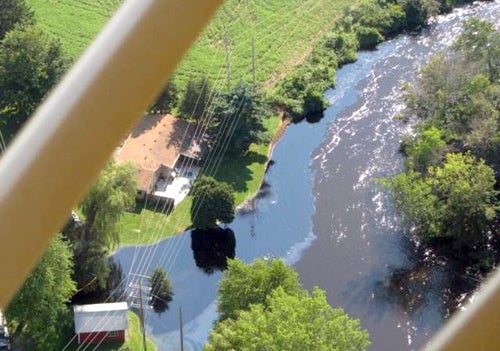 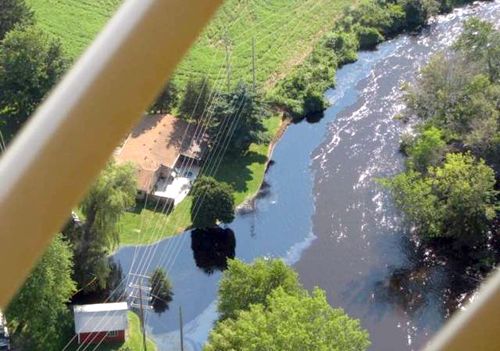 Nearly two years after one of the worst oil spills in Midwest history, a new legal analysis by the National Wildlife Federation (NWF) reveals that laws governing oil pipelines do not adequately protect the Great Lakes and its communities from oil pollution—and that states have not passed their own laws to fill in the gaps.

“Current laws leave the door open to future oil spills,” said Sara Gosman, water resources attorney for the National Wildlife Federation’s Great Lakes office and lecturer at the University of Michigan Law School. “Contrary to common perception, oil spills are an ongoing problem in the region. Federal and state laws should do more to prevent spills and protect our communities, economy and wildlife.”

Pipeline spills in the Midwest are not an anomaly—they occur frequently and result in significant damage. The Great Lakes states of Illinois, Indiana, Michigan, Minnesota, New York, Ohio, Pennsylvania and Wisconsin contain 26,972 miles of hazardous liquid pipelines, according to the Pipeline and Hazardous Materials Safety Administration. (Hazardous liquid pipelines primarily carry petroleum and petroleum products, as opposed to gas pipelines which primarily carry natural gas.) There were 277 hazardous liquid pipeline accidents in the region between 2007-2011, which spilled more than 3.8 million gallons of these liquids into the environment, resulting in more than $893 million dollars of property damage, according to the agency.

“Pipeline safety is a problem that has remained under the radar for far too long,” said Nick Schroeck, executive director of the Great Lakes Environmental Law Center. “Increasing public disclosure and strengthening environmental protection is long overdue.”

The new report—written by NWF’s Gosman and University of Michigan Law School students—analyzes pipeline safety laws from beginning to end, from siting and routing of pipelines to how pipelines are maintained and repaired once they are in the ground; and finally to how operators must plan for and report spills if they happen.

After the Marshall Spill: Oil Pipelines in the Great Lakes Region, A Legal Analysis exposes gaps in laws that leave communities vulnerable to future oil pollution. The report finds:

Further, the report finds that Great Lakes states have done little, if anything, to improve pipeline safety. Many states have ignored the issue, while other states have imposed minimal requirements. Moreover, public involvement in federal pipeline regulation is limited, as is public access to information.

“It’s clear that the status quo is not getting the job done,” said Gosman, “and that stronger protections are urgently needed.”

The report recommends several policy changes at the state and federal level to prevent future oil spills in the Great Lakes region, including:

The Enbridge oil spill is one of several recent high-profile oil pipeline disasters—from the Yellowstone River spill to the contamination of Red Butte Creek in Salt Lake City—that illustrate the risks posed by pipelines in communities across the country. Nationally, over the last 5 years, there have been more than 1,700 spills from hazardous liquid pipelines causing more than $1.4 billion in property damage.

“The nation continues to face oil spills from pipelines that exact huge tolls on the environment and economy,” said Carl Weimer, executive director of the Pipeline Safety Trust. “The good news is we know what needs to be done—but unless public officials act, communities will still be left vulnerable. It’s time for Congress, state legislatures and agencies to step up to the plate to close loopholes, strengthen protections and protect communities now and for generations to come.”