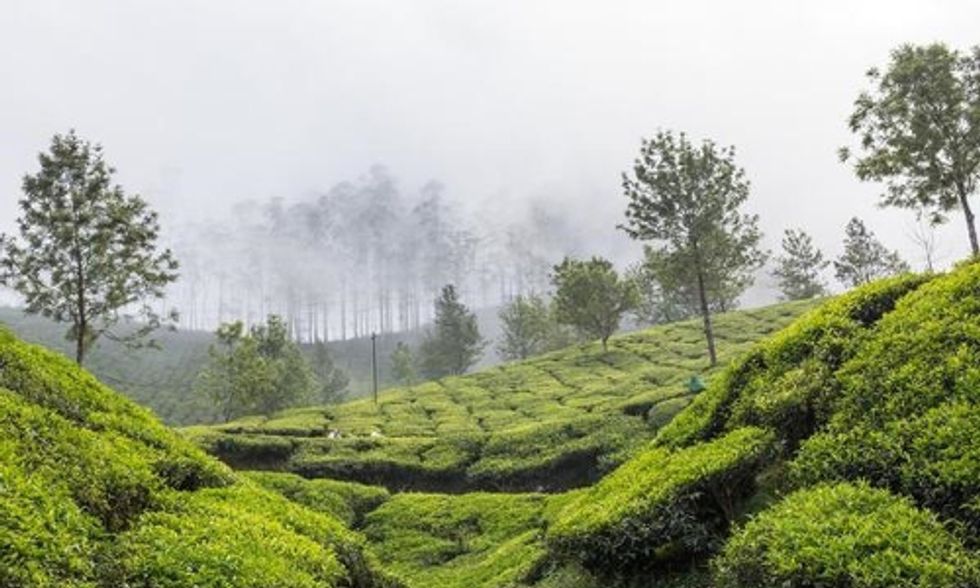 Tea anyone? I'm a self confessed "queen of tea"–preferably green and, if I can get it, especially green chai. All the healthy properties of green tea spiced with the flavors and traditions of India, one of the world's greatest tea inspirations and an important tea producer.

But I wasn't so sure about my green chai after I read the new report "Trouble Brewing" released today by Greenpeace India.

The report reveals the systematic presence of mixtures of multiple pesticides, many classified as highly or moderately hazardous by the World Health Organisation (WHO), in tea grown and sold in India as well as exported abroad [1] by leading international and national brands such as Tetley, Lipton and Twinings. These brands belong to companies like Tata Global Beverages, Hindustan Unilever and Twinings, among others.

Overall a total of 34 different pesticides were found including the highly hazardous monocrotophos (the pesticide linked to the Bihar mid-day meal tragedy when 23 school children died from acute poisoning due to misuse of pesticide containers) and neoniconitoid insecticides such as imidacloprid (associated with reproductive or developmental impacts in animals, as well as affecting bees and other beneficial insects).

It appears that 23 of these 34 pesticides are not even registered for use in the cultivation of tea in India. The research also uncovered the frequent presence of DDT, despite the fact that it is no longer registered for use in agriculture in India and was banned in such applications as long ago as 1989. Although it is still in use for control of disease carrying insects and may be present as a contaminant of other pesticides.

This is in fact not completely unexpected. These findings are similar to previous Greenpeace investigations on pesticides—in Chinese tea (2012) and in Chinese herbal products (2013).

However, close to 60 percent of the samples also contained residues of at least one pesticide above the Maximum Residue Levels set by the EU (EU-MRLs), with almost 40 percent of the tea samples exceeding these levels by more than 50 percent.

That's a little worrying seeing as India is responsible for supplying just over 11 percent of world tea exports; with top export markets for Indian tea including Russia, U.S., UK and Germany.

As the report points out, it's really not clear why these big brands are still supporting tea farming that is stuck on the old outdated pesticide treadmill when—especially in places like India—alternative ecological pest control practices are already being used very successfully, saving farmers money and getting away from dependence on costly and environmentally destructive chemicals.

Ecological pest control and farming can grow tea without relying on toxic chemicals that contribute to our intake of pesticides and potentially expose us and tea workers to completely unnecessary health risks.

Ecological farming makes full use of natural functions and the diversity of nature. It not only makes environmental sense but can make sure tea farms—and farmers—are here to stay in changing markets and climates.

It's really about time the big brands got their act together and moved the tea sector into ecological tea farming. They should push their own supply chains and the large tea estates to urgently phase out pesticides and shift to ecological tea cultivation.

Tea companies should also help to ensure government bodies in India develop support systems and funds for small tea growers (already responsible for 26 percent of Indian tea cultivation) to move away from pesticides.

Unilever already agreed to some of Greenpeace India's demands. Will other tea companies follow their example and clean our chai (tea) too?

You can also give your contribution for pesticide-free tea by signing the petition to the largest tea companies in India. Join the movement to Clean Chai Now.

Notes: [1] Further testing would be needed to determine whether the export product contains the same residues.