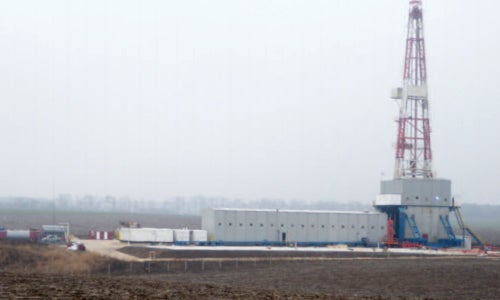 The shuffling of lobby dollars that keeps fossil fuel-friendly policies on the books for the benefit of huge corporations and their legislative pals isn’t specific to the U.S.

A new report from Friends of the Earth Europe aims to expose Shell, Total and ExxonMobil, along with groups like BusinessEurope and OGP, to reveal what it calls a “thick web of lobbying activity.” The report says public relations and law firms, paid-for scientific reports, and even members of Parliament have all been used to advance fracking for shale gas around the continent.

“The legislative process has been taken hostage by private interests,” Antoine Simon, a shale gas campaigner for Friends of the Earth Europe, said in a statement. “They have created a climate of industry-funded misinformation that sells shale gas as a responsible resource—this could not be further from reality. The European Commission needs to put the interest of people and planet before the profits of big oil companies, by re-opening the debate on shale gas regulation.” 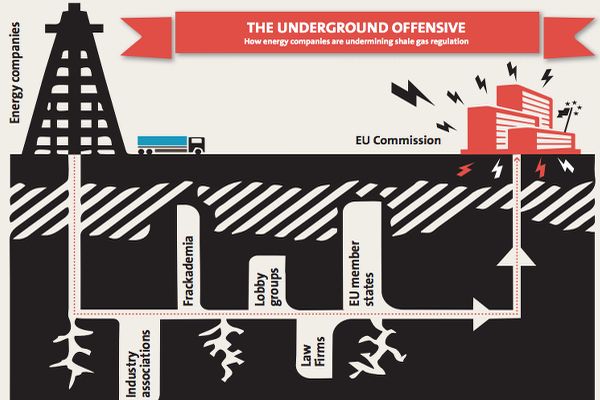 This graphic explains how money flows in Europe to keep fossil fuel-friendly laws on the books. Graphic credit: Friends of the Earth Europe

The report hopes to reignite the discussion of stronger shale gas industry regulation within the European Commission and increased lobbying transparency. At the very least, FOE Europe hopes for a moratorium on fracking, similar to those passed in the U.S. by the New York Assembly and in cities like Los Angeles.

In the meantime, the organization seeks to explain who is making contributions to keep a practice with proven health risks alive. Here is a visualization of the tangled web of gas companies and lobbyists in Europe. Each line shows membership, affiliation or financial contributions from energy companies to lobby groups in Brussels who represent their interests. Europia, European Union of the Natural Gas Industry and European Federation of Energy Traders are among the names included. 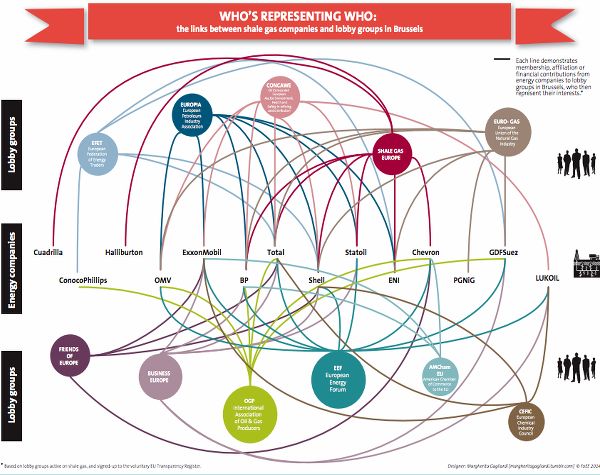 “An underground offensive by the oil industry has managed to silence well-founded concerns about the dangers of fracking,” Simon said. “It has side-stepped the growing body of evidence on the environmental, economic and health risks of shale gas development, and undermines Europe-wide opposition from citizens to the unconventional fossil fuel.”