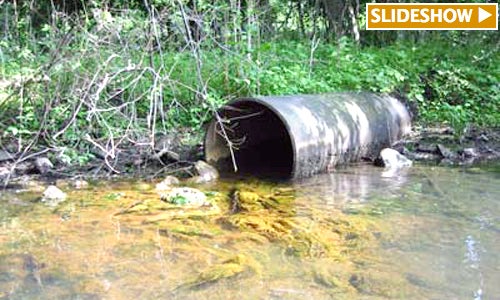 Research from Environment America shows that 2012 was a bigger year for toxic chemical dumping than most of us could have imagined.

Industrial facilities across the U.S. dumped more than 206 million pounds of toxic chemicals into waterways in 2012, according to the “Wasting Our Waterways” report. The figures about the nation, as a whole, are stark, as are figures about individual regions and companies. For instance, Tyson Foods Inc. alone dumped more than 18.5 million pounds—about 9 percent of the nationwide total.

“America’s waterways should be clean—for swimming, drinking and supporting wildlife,” said Ally Fields, clean water advocate for Environment America’s Research and Policy Center. “But too often, our waters have become a dumping ground for polluters. The first step to curb this tide of toxic pollution is to restore Clean Water Act protections to all our waterways.”

Hope for such a legislative restoration explains the report’s timing. It arrives as the U.S. Environmental Protection Agency considers restoring protections to about 2 million miles of waterways. The public comment period for the proposal ends in October.

“Looking at the data from our report [last week], you can see why polluters might oppose any efforts to better protect our waters,” Fields said. “That’s why we are working with farmers, small businesses and hundreds of thousands of ordinary Americans to make sure our voices for clean water are heard in Washington D.C.

“The future of the waterways we love—from the Chesapeake Bay to the Colorado River—hangs in the balance.”

Here are some other findings:

The report also provides a state-by-state breakdown of the toxic dumping, along with a ranking of dumping companies around the country.

“It’s high time that we restore protections for the drinking water for 1 in 3 Americans,” said Fields. “That’s why [we released] this report and running an ad in Politico as part of a broad effort to educate the public and engage elected officials to weigh in with the Obama administration in support of its Clean Water Act rulemaking.”