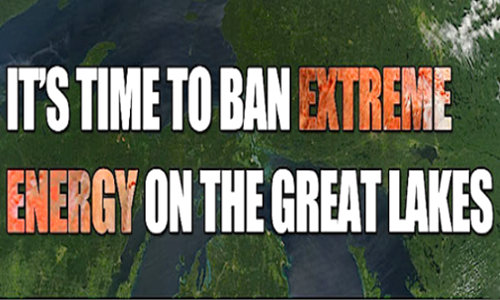 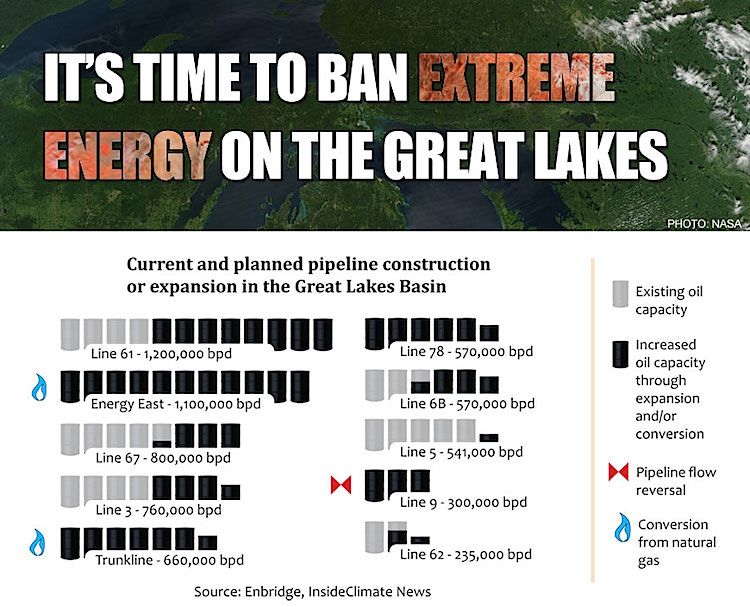 Council of Canadians Chairperson Maude Barlow outlines the web of pipelines, refineries and oil shipments that threaten the Lakes in her new report released today entitled, Liquid Pipeline: Extreme Energy’s Threat to the Great Lakes and the St. Lawrence Seaway.

“Enbridge is asking that the Alberta Clipper pipeline transport 800,000 barrels of oil per day, Calumet Specialty Products wants to ship millions of barrels of oil across Lakes and TransCanada’s Energy East pipeline cuts through the Great Lakes watershed,” Barlow continued. “If governments continue to allow projects like this, what are our lakes going to look like in 20 or 50 years?”

“Federal, state and provincial governments all say that we must protect the Great Lakes but they continue to approve these projects,” said Emma Lui, water campaigner for the Council of Canadians. “The Harper government has gutted environmental legislation to grease the wheels for industry and fails to put adequate funding into Great Lakes protection.” 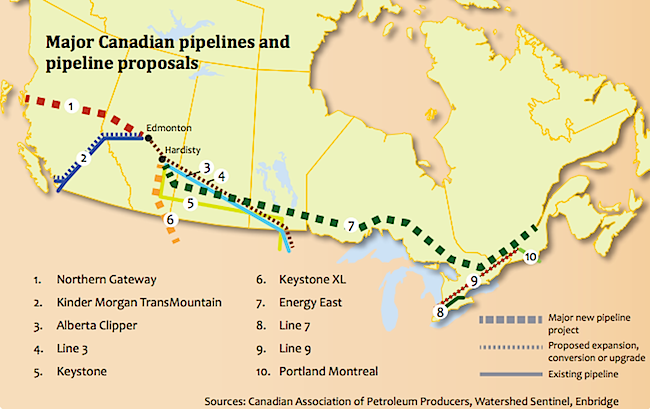 “These governments can no longer just pay lip-service,” said Lui. “We want them to stop approving these extreme energy projects that are threatening the Lakes.”

The Liquid Pipeline report warns about the serious environmental implications of extreme energy extraction methods which are more water and energy intensive. Barlow says in her report: “The threat of extreme energy to the world’s vulnerable water supplies is very real. Large-scale water consumption combined with massive pollution from extraction methods are harming watersheds around the world. Extreme energy extraction, production and transport are about to put the Great Lakes of North America at risk.”

The Council of Canadians has launched an action alert calling on state governors and provincial premiers to ban extreme energy in the Great Lakes before it is too late.