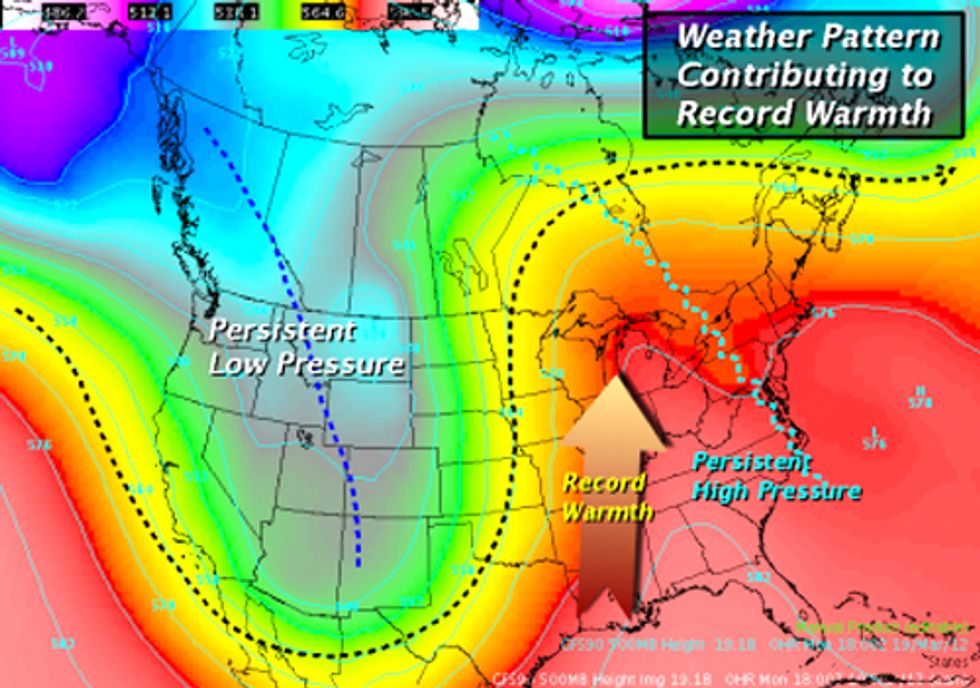 According to a new report released March 28, climate change has already led to changes in the frequency and severity of heat waves and heavy precipitation events in many parts of the world, and it presents major challenges for countries to reduce their risks of climate-related disasters. The report, from the U.N. Intergovernmental Panel on Climate Change (IPCC), is the full documentation supporting a shorter summary document that was released in November 2011.

The report, known as "SREX," which stands for "Managing the Risks of Extreme Events and Disasters to Advance Climate Adaptation," goes beyond detailing the links between climate change and extreme weather events, and discusses how climate extremes can combine with societal vulnerabilities to result in costly disasters. A central message of the report is that countries can take actions to build their resilience to extremes, although there may be limits to how much can be accomplished through climate adaptation measures alone.

"The main message from the report is that we know enough to make good decisions about managing the risks of climate-related disasters. Sometimes we take advantage of that knowledge, but many times we do not," said Chris Field, co-chair of the IPCC's working group that deals with climate impacts, adaptation and vulnerability.

The report summarizes many of the conclusions from peer reviewed scientific studies, and includes information that was unavailable at the time of the IPCC's last major assessment of climate science in 2007. Key conclusions include "medium confidence" that there has been an observed increase in the duration or number of heat waves in many parts of the world—a finding that is particularly relevant in light of the recent unprecedented March heat wave that affected much of the U.S. east of the Rocky Mountains.

The report also found a "likely increase" in the frequency of heavy precipitation events, particularly in the high latitudes and tropical regions, but also during winter in the northern mid-latitudes (according to the IPCC, the word "likely" corresponds to a greater than 66 percent probability). In addition, the IPCC panel found there is "medium confidence" in a projected increase in the length and intensity of droughts in parts of the world, including central North America.

SREX is the first IPCC report to involve social scientists in addition to experts in the physical sciences, and it pulls together findings from thousands of recent scientific studies. The report, which went through three rounds of expert reviews, is intended to guide policymakers as they seek to reduce their society's vulnerability to extreme events.

There has been a long-term increase in economic losses from climate-related disasters, largely driven by the increasing exposure of people and infrastructure, and the report finds that in many regions, socio-economic forces, and not climate change, will continue to be one of the main drivers of future increases in losses. But the combination of climate change-related extreme events and socio-economic factors present a major challenge, the report says, a fact that is recognized by the insurance industry, among others.

"The IPCC report is yet another reminder of the pressing need to tackle climate risk in both the near and long term," said Mark Way, head of sustainability Americas at insurance giant Swiss Re. "Last year in the United States, even with the absence of major hurricane impacts, the insurance industry paid out approximately $35 billion in losses due to weather-related events. Severe weather will continue to impact the economy, and society in general, until we take the necessary measures to increase our resilience."