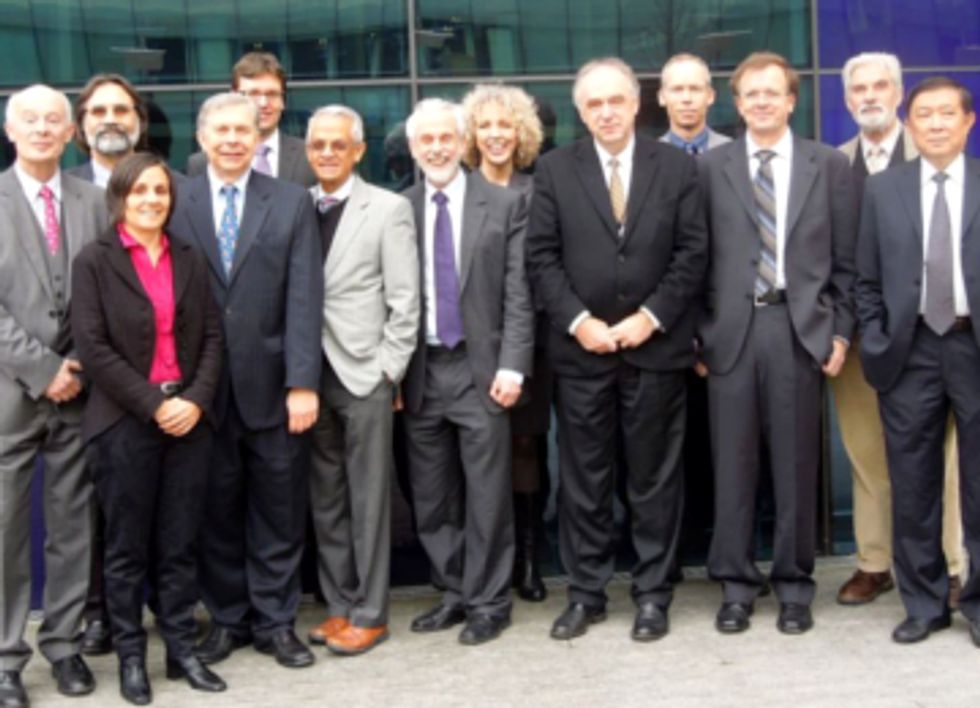 With the International Panel on Climate Change (IPCC) report not yet published, there is already heated debate about what it will say, and about the implications of its findings for human development.

The scientists' statement is unequivocal, and is not based on whatever the IPCC may publish. They say: "The body of evidence indicating that our civilization has already caused significant global warming is overwhelming."

The statement comes from 12 members of the recently established Earth League, which describes itself as "a voluntary alliance of leading scientists and institutions dealing with planetary processes and sustainability issues."

They say that if humans continue with business as usual, using fossil fuels and pumping out excessive amounts of greenhouse gases, the world will be on track for a planet that is four degrees Celsius warmer by the end of this century, or even earlier.

The group says assertions that there has been no warming this century are simply wrong:

Regardless of the... (erroneous) claim that global warming has already stopped, evidence is that once well-known impacts from El Niño, volcanic aerosols and solar variability are removed from the observations, the warming trend of the ocean-atmosphere system is unbroken; and that it will continue (potentially towards four degrees Celsius) unless serious mitigation action is taken.

That global warming continues unabated over the last decade is confirmed by ocean measurements. Ninety percent of the additional heat that the Earth system absorbs due to the increase in greenhouse gases is stored in the oceans, and the global array of thousands of scientific measurement robots in the oceans proves that they keep heating up at a steady pace. Meanwhile satellites show that sea levels also keep rising steadily.

The statement says a four degree Celsius rise would drastically change the Earth. Some coastlines and entire islands would be submerged by rising sea levels, and more extreme heat waves would cause crop failures and loss of life.

It says powerful feedback processes that would very probably raise the warming even higher could be triggered, and might prove irreversible, "four degrees of planetary warming means some eight degree Celsius change close to the Arctic, which will cause even larger impacts on the Eurasian and North American land mass and the surrounding seas."

"... our societies seem to be willing to impose immense risks on future generations.”

Already, it says, there is persuasive evidence that immense changes may be under way:

The last two decades were ... punctuated by devastating floods (like the Pakistan deluge in 2010) that may be related to an incipient restructuring of the atmospheric circulation.

The signs on the climate wall as expressed by the accelerated melting of Arctic sea ice and by the retreat of the overwhelming majority of glaciers worldwide are there for all to see. Yet this is just the beginning.

“Although climate science only tells us what might happen and not what to do about it, we feel that inaction is an unacceptable prospect," the scientists say.

“Nations go to war, implement mass vaccinations of their populations and organize expensive insurance and security systems (such as anti-terror measures) to address much fainter threats. However, our societies seem to be willing to impose immense risks on future generations.”

The 12 signatories recognize that some people believe it is impossible for human activities to produce a four degree Celsius temperature rise. Others, they say, are already acknowledging defeat by maintaining that the international policy goal of limiting warming to less than two degrees Celsius is a lost case.

They write that there is "ample evidence" that the world can hold a two degree Celsius line, and say technology shows that global sustainability is attainable. But they add, "... the evidence demonstrates that the time frame to achieve this is rapidly shrinking."