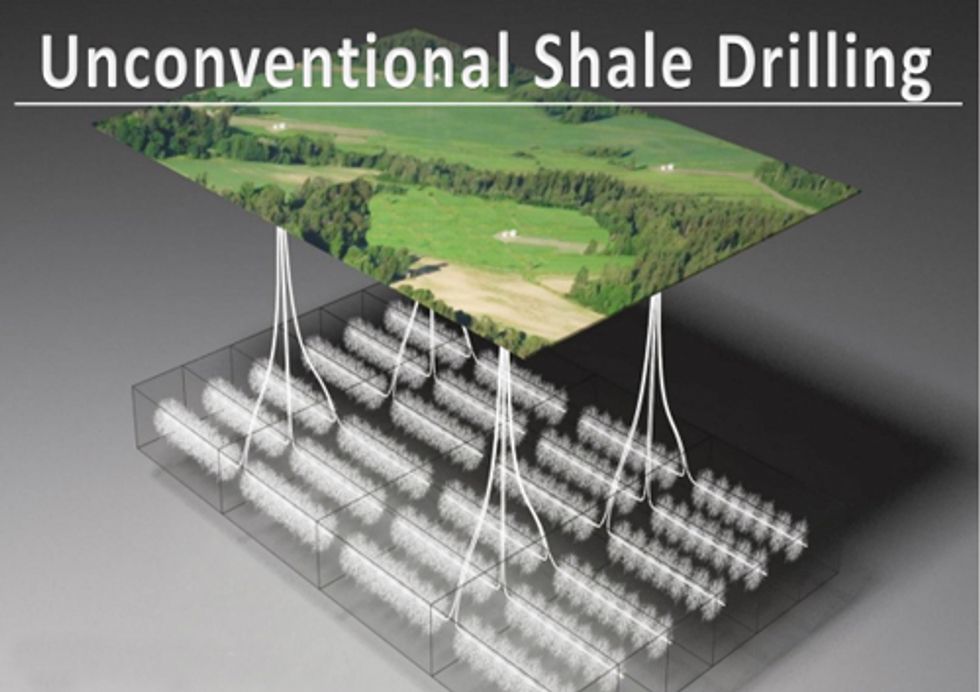 On April 5 and 6, a group of scientists, doctors, attorneys, researchers, environmental advocates and policy experts will assemble in Warren, Ohio, to present and discuss the impacts of fracking. This conference is one of the first in the state to study and discuss facts, concerns and evolving science related to unconventional gas drilling in Ohio. It will be held at the Wean Foundation, 147 West Market St. in Warren, Ohio.

The conference keynote speaker is Deborah Rogers of Energy Policy Forum. Rogers will share her expert background in finance and banking, presenting, Shale and Wall Street: Was the Decline in Natural Gas Prices Orchestrated?

Rogers founded the Energy Policy Forum to research, educate and consult on policy and financial issues related to shale gas and renewable energy. She has been featured in articles discussing the financial anomalies of shale gas in the New York Times, Rolling Stone and the Village Voice.

Bernard D. Goldstein, MD, emeritus professor and dean of the Graduate School of Public Health at the University of Pittsburgh, will present, The Potential Public Health Impacts of Shale Gas Drilling: An Overview.

The unconventional fracking industry is relatively new to Ohioans, but it has been used in other states as a way to capture natural gas, oil and other petrochemical by-products from deep underground. Now that the industry has a track record, the conference sponsors are requesting Ohio’s elected officials and regulatory agencies to take the time to study what is known and not known about fracking, and what needs to be studied in greater depth for the benefit of the environment, economy and health of future generations of Ohioans.

“Already what is known about fracking is of serious concern. There are many communities, first responders, and local officials who do not know about the process itself and the health, economic, and social issues," said Lea Harper, a conference organizer and affiliate of the advocacy group, FreshWater Accountability Project. "For example, what are the public health and safety consequences of fracking-related truck traffic, flaring drilling rigs, compressor station exhaust, storage tank leaks and fumes, and toxic waste pits, especially near homes and schools?

"What are the implications of the increasing number of waste injection wells being permitted in Ohio to dispose of billions of gallons of toxic and radioactive waste generated in Ohio as well as to receive shipments of toxic waste from other states? What are the effects of the consumption and destruction of billions of gallons of Ohio's freshwater supplies, especially considering projected drought conditions and water shortages? We have brought together outstanding experts to help answer these important questions and to make accurate, scientific information available to the public," said Harper.

Conference organizers, including FracTracker Alliance, Buckeye Forest Council and FreshWater Accountability Project, have identified a need for easily accessible factual information to be made more readily available to the public free of industry influence and political pressure.

Organizers believe that the serious concerns of water usage, wastewater disposal, air and water pollution, as well as documented detrimental effects on human and animal health, have often been downplayed or disregarded partly because of the prevalence of oil and gas industry advertising and monetary influence.

This conference is the first of many future public forums in which researchers, environmentalists, public health officials and grassroots groups will come together to educate themselves and others on this important issue in a continued study of data and projections to derive policy and protection recommendations. It is important at this time to wait until the information is fully researched and the harmful effects of fracking are studied to avoid serious economic, ecological and human health costs in the future.