Renewables Outpace Nuclear All Over the World 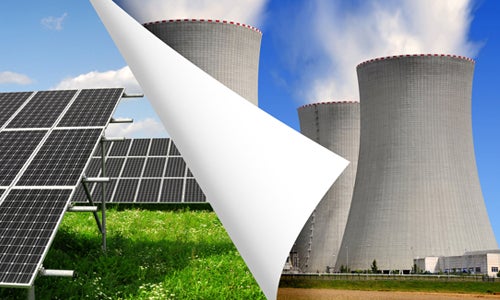 As flagship nuclear projects run into long delays and huge cost overruns, solar and wind power are falling in price. Renewables already supply twice as much power as nuclear. It’s just too bad the nuclear-fixated UK government hasn’t noticed. Renewables are winning out just about everywhere. They now supply over 19 percent of global primary energy and 22 percent of global electricity. Nuclear is at 11 percent and falling. 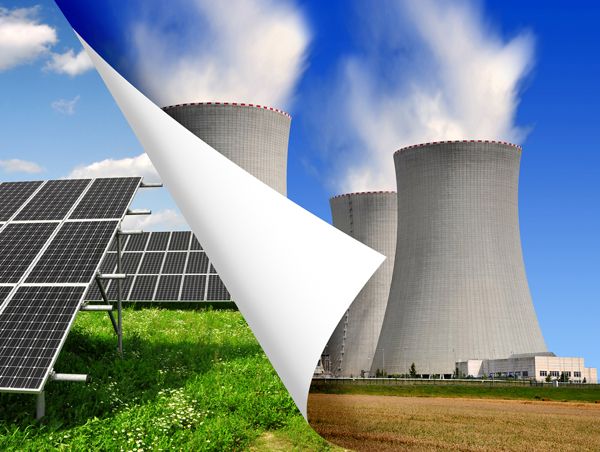 Renewables now supply 22 percent or more of global electricity. By contrast nuclear is at 11 percent and falling.

With many of the UK’s old nuclear power plants off-line due to faults and prospects for their ultimate replacement looking decidedly shaky, it is good that the renewable energy alternatives are moving ahead rapidly. In 2013 nuclear supplied around 18 percent of UK electricity but in the third quarter of 2014, nuclear output fell 16.2 percent due to outages, while renewable output, which had reached 16.8 percent of electricity in the second quarter of 2014, was up 26 percent over the previous year. Indeed, there were periods in 2014 when wind alone met up to 15 percent of UK power demand, over-taking nuclear, and it even briefly achieved 24 percent.

What next? The financial woes of French developers Areva and EDF may mean that their £24 billion 3.4 gigawatt (GW) Hinkley nuclear project—despite being heavily subsidized by British taxpayers and consumers—will get delayed or even halted, unless China or the Saudis bail it out. Meanwhile, wind has reached 11 GW with 4 GW of it offshore, and solar is at 5 GW and rising with many new projects in the pipeline. By 2020 we may have 30 GW of wind generation capacity and perhaps up to 20 GW of solar.

It’s true that this will require subsidies, but the technology is getting cheaper and by the time Hinkley is built, if it ever is, the Contact for a Difference subsidy for on-land wind—and maybe even for solar—will be lower than that offered to the Hinkley developers (£92.5 per megawatt hour).

Indeed some say solar won’t need any subsidies in the 2020s. While offshore wind projects could be going ahead with the Contact for a Difference contracts below £100 per megawatt hour, and without the £10 billion loan guarantee that Hinkley has been given.

The simple message is that renewables are getting cheaper and more competitive, while nuclear remains expensive, and its cost may well rise—requiring further subsidies.

The completion of the much delayed EPR nuclear project at Flamanville, similar to the Hinkley design, has been put back by yet another year to 2017—putting it even more over-budget.

Construction on the EPR being built in Finland started in 2005 and was originally scheduled to go live in 2009, but is now not likely to be completed until late 2018. It’s now almost twice over budget.

It’s hardly surprising then that most of the major power companies and utilities in the European Union (EU) have backed away from nuclear, including SSE, RWE, Siemens and most recently E.ON, in favor of renewables.

Country by country, renewables are taking over the world

Looking to the future, there are scenarios for India, Japan, South Korea, the U.S. and the EU using renewables to supply most of their electricity, with Germany and Denmark, of course, already acting on them—Germany is aiming to get at least 80 percent of its electricity from renewables by 2050, Denmark 100 percent.

Another examples comes from a World Wildlife Fund report, which argues that China could get 80 percent of its electricity from renewables by 2050, at far less cost than relying on coal, thus enabling China to cut its carbon emissions from power generation by 90 percent without compromising the reliability of the electric grid or slowing economic growth. And with no need for new nuclear.

Although renewables are not as developed as in China, India has been pushing them quite hard, with wind at nearly 20 GW, on top of 39 GW of existing large hydro. Photovoltaics (PV) is at 2.6 GW grid-linked so far, but Bridge to India is pushing for 100 GW by 2020.

Funding problems and policy changes have bedeviled the development of renewables in India, as have weak grids, with some saying that off-grid or mini-grid community projects ought to be the focus.

The new government in India certainly faces some challenges. But World Wildlife Fund and The Energy and Resources Institute have produced an ambitious ‘near 100 percent by 2050′ renewables scenario, with over 1,000 GW each of wind and solar, plus major biomass use.

The U.S. now gets nearly 15 percent of its electricity from renewables, with wind power projects booming, and Obama’s policy of cutting emissions from coal plants by 30 percent by 2030 should speed that up. The U.S. National Renewable Energy Lab has developed scenarios showing that the U.S. could potentially generate 80 percent of its electricity from renewables by 2050.

In Japan renewables had been given a low priority, but following the Fukushima nuclear disaster in 2011, Japan is now pushing ahead with some ambitious offshore wind projects—using floating wind turbines and a large PV program.

Overall, Japan has given the go-ahead to over 70 GW of renewable energy projects, most of which are solar. Longer term, the Institute for Sustainable Energy Policies’ renewables scenario of a ‘100 percent by 2050′ estimates around 50 GW of wind—much of it offshore—and 140 GW of PV.

Rapid progress is being made in South America, although less so as yet in most of Africa. But the International Renewable Energy Agency says that Africa has the potential and the ability to utilize its renewable resources to fuel the majority of its future growth.

Back in the UK though, we have our large nuclear program with EDF as one of the main backers. It can’t build any plants in France (which is cutting nuclear back by 25 percent), but the UK seems to be willing to host several—and pay heavily for them!

Similarly, Hitachi and Toshiba stand no chance of building new plants in Japan, but the UK is offering significant long-term subsidies and loan guarantees for their proposed UK projects. That is far more government support than renewable technologies receive.

Here the main focus seems to be on why we can’t afford offshore wind, or accept on-land wind, or live with large solar farms.

We struggle—now generating more than 15 percent of UK electricity from renewables, but far behind most of the rest of the EU, and especially the leaders, with some already having achieved their 2020 targets, nearly all of which were set higher than that for the UK.

In fact, despite having probably the largest potential of any EU country, we are still only beating Luxembourg and Malta.

David Elliott is Emeritus Professor of Technology Policy at the Open University. His latest book is Renewables: A Review of Sustainable Energy Supply Options.