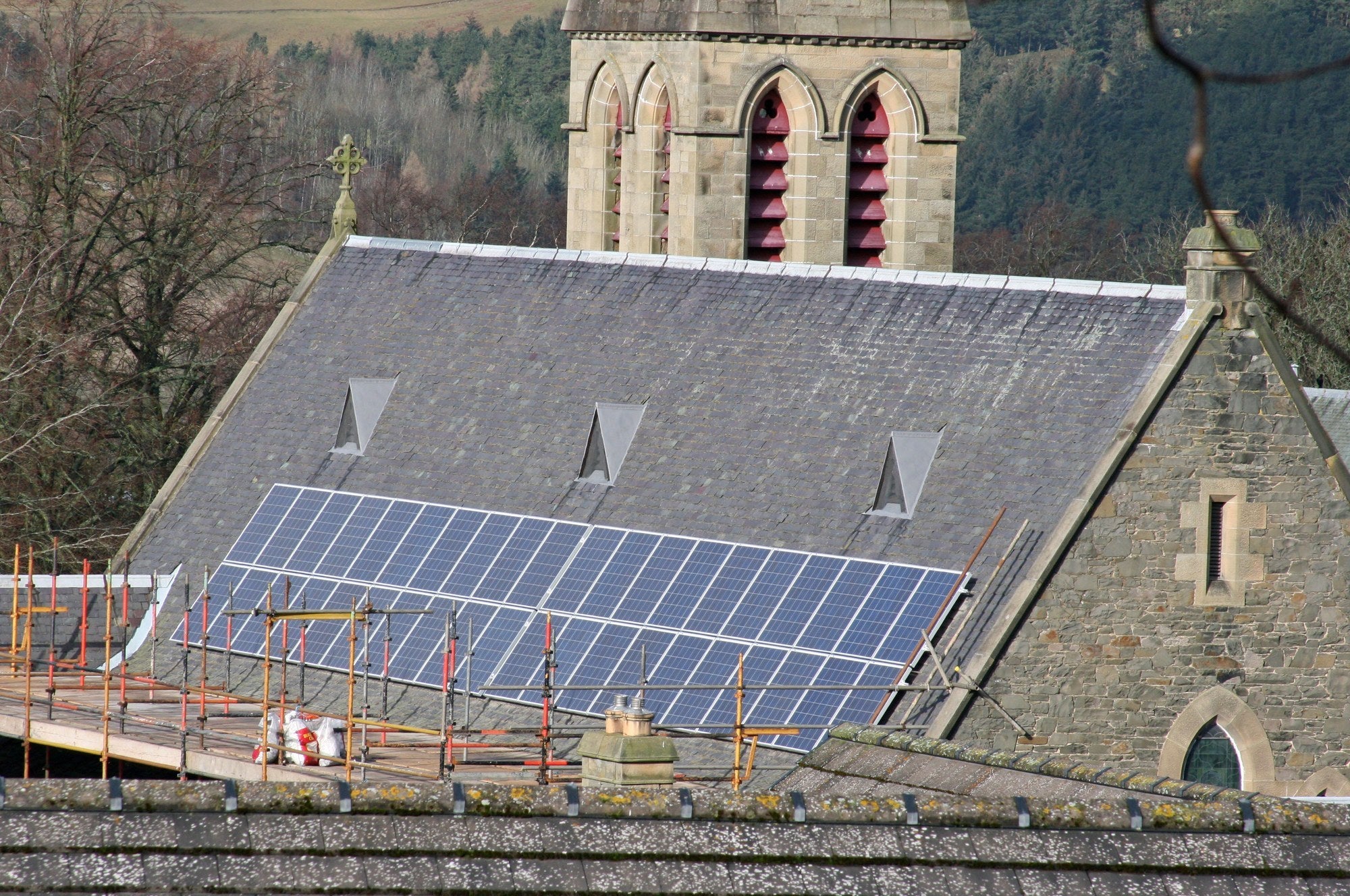 About 300,000 Scottish homes are powered with 595 megawatts of clean energy thanks to the government’s support of community and locally-owned renewable projects, according to a government report. That’s a 17 percent increase from the last report in September 2015, when the operating capacity was estimated at 508 megawatts, the Independent reported.

“This is great news. We have exceeded our 2020 target of achieving 500 megawatts in community and local ownership and, in line with our 2016 election manifesto commitment, we now pledge to double this to 1 gigawatt in the same time frame,” Scottish business, innovation and energy minister Paul Wheelhouse said in a statement, adding that 1 gigawatt would be enough electricity to power half a million homes in Scotland.

According to the Energy Saving Trust report released Thursday, there are currently 15,570 locally and community-owned renewables sites in Scotland, including ones operated by community groups, local authorities, housing associations, charities, faith-based organizations, schools and other higher education establishments, local businesses, and Scottish farms and estates.

The two largest power sources are onshore wind (273 megawatts) and biomass (162 megawatts). Solar, at 39 megawatts, is also leaping in popularity. Solar had the largest increase in capacity from the previous report, more than doubling due to councils and housing associations installing Solar PV cells in their buildings.

“Investment in solar panels is an integral part of our strategy to improve the energy efficiency of our homes and tackle fuel poverty whilst contributing to national targets for carbon reduction,” Alister Steele, managing director of Castle Rock Edinvar Housing Association, said in a statement.

The Scottish government believes that a community has a lot to gain from renewable energy projects—above and beyond the generation of clean energy and financial benefits.

“Locally-owned renewables have the potential to help drive social, economic and environmental change in communities across Scotland,” Wheelhouse said. “These projects frequently generate funds that can be spent at local people’s discretion on a wide range of projects that reflect local communities’ priorities, as well as playing an important role in our energy mix and helping us to meet our vital climate change obligations.”

“Finally, these new figures provide a perfect introduction to 2017, which will be a very important year for energy in Scotland. We will publish a draft of our Energy Strategy early in the New Year,” Wheelhouse continued. “This will form our strategic response to the challenges and opportunities facing the energy sector. It will also set out our long term vision for energy in Scotland up to 2050 as well as informing and supporting the Climate Change Plan to meet our annual, statutory greenhouse gas emission targets between 2016 and 2032.”

Scotland is quite the renewable energy powerhouse. According to Motherwell Times, “renewable sources delivered the equivalent of 59.4 percent of Scotland’s gross electricity consumption in 2015—up from 49.9 per cent in 2014.”

This past
August, on an unseasonably windy day, wind turbines generated more than 100 percent of the total amount of electricity used in the country.