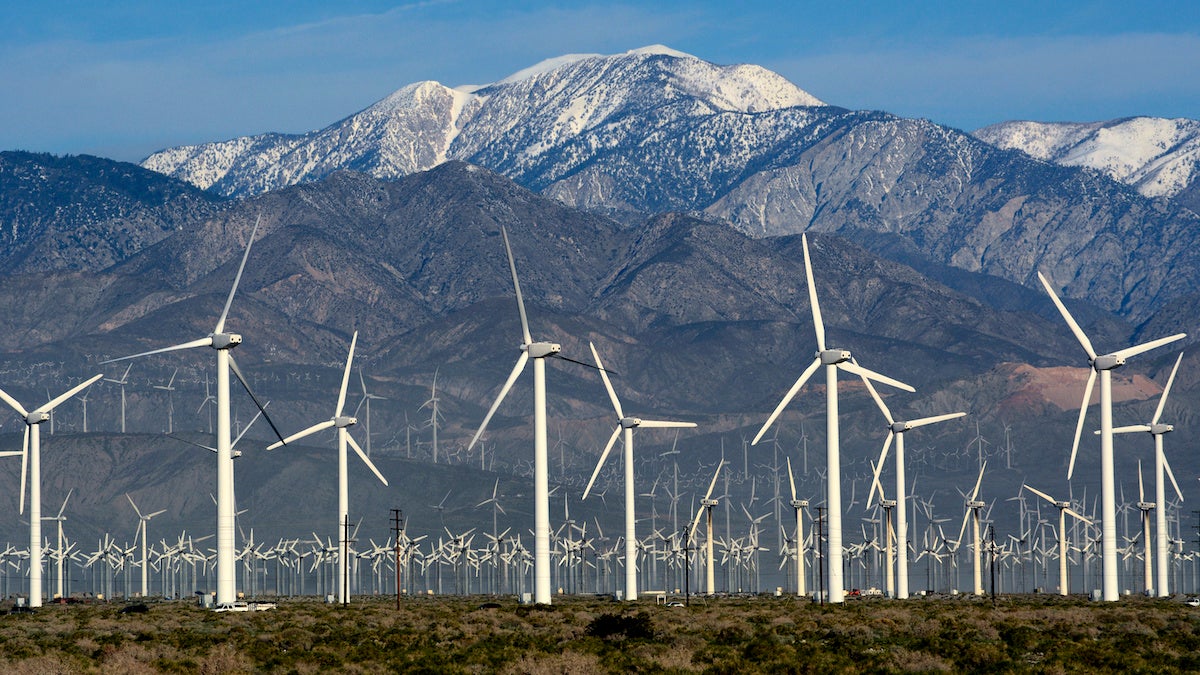 Renewable energy in the U.S. has beaten coal as the country’s leading electricity source for a record 40 days.

The record, reported by the Institute for Energy Economics & Financial Analysis (IEEFA) Monday based on U.S. Energy Information Administration (EIA) data, far surpasses the previous record of nine days during April 2019. It suggests that the falling energy demand due to coronavirus lockdowns could lead renewables to generate more electricity than coal overall for the first time this year.

“IEEFA had forecasted that power generation from renewables would likely surpass coal-fired generation in 2021, an important milestone in the energy transition that is well underway,” the group wrote. “But in the first quarter of 2020, renewable generation unexpectedly exceeded coal, and with this strong performance continuing in the second quarter, there is an increasing chance that the milestone could occur this year.”

IEEFA had forecasted that power generation from #renewables would likely surpass coal-fired generation in the U.S. in 2021. But there's an increasing chance that the milestone could occur this year. https://t.co/UX8p9OhmjO

This April, hydropower, wind and solar generated more electricity than coal for every day of the month, but clean power’s winning streak actually began March 25 and has extended at least to May 3, IEEFA said.

Green energy’s success is down to a number of factors, IEEFA explained:

Falling energy demand is a boon for renewables because coal is more expensive, meaning it is usually cut first by utilities when demand falls, CBS News explained. This has played out internationally as well. The International Energy Agency (IEA) reported last week that only renewable energy sources had grown in 2020 so far and were expected to continue growing, while all the major fossil fuels were in decline.

“This is a historic shock to the entire energy world. Amid today’s unparalleled health and economic crises, the plunge in demand for nearly all major fuels is staggering, especially for coal, oil and gas. Only renewables are holding up during the previously unheard-of slump in electricity use,” IEA Executive Director Dr. Fatih Birol said at the time. “It is still too early to determine the longer-term impacts, but the energy industry that emerges from this crisis will be significantly different from the one that came before.”

The IEEFA data also affirms that coal is on the way out despite the efforts of President Donald Trump to bolster the industry, as CBS pointed out. And while the pandemic may have accelerated the shift, it did not cause it. As early as January, coal’s market share fell below 20 percent for the first time in decades, IEEFA said. Several utilities have also promised to phase out coal-fired plants between 2030 and 2050, The Hill reported.

“The fate of coal has been sealed, the market has spoken,” University of Texas energy expert Michael Webber told The Guardian in 2019. “The trend is irreversible now, the decline of coal is unstoppable despite Donald Trump’s rhetoric.”