Renewables are Winning, Nukes are Dead and Coal is Crashing 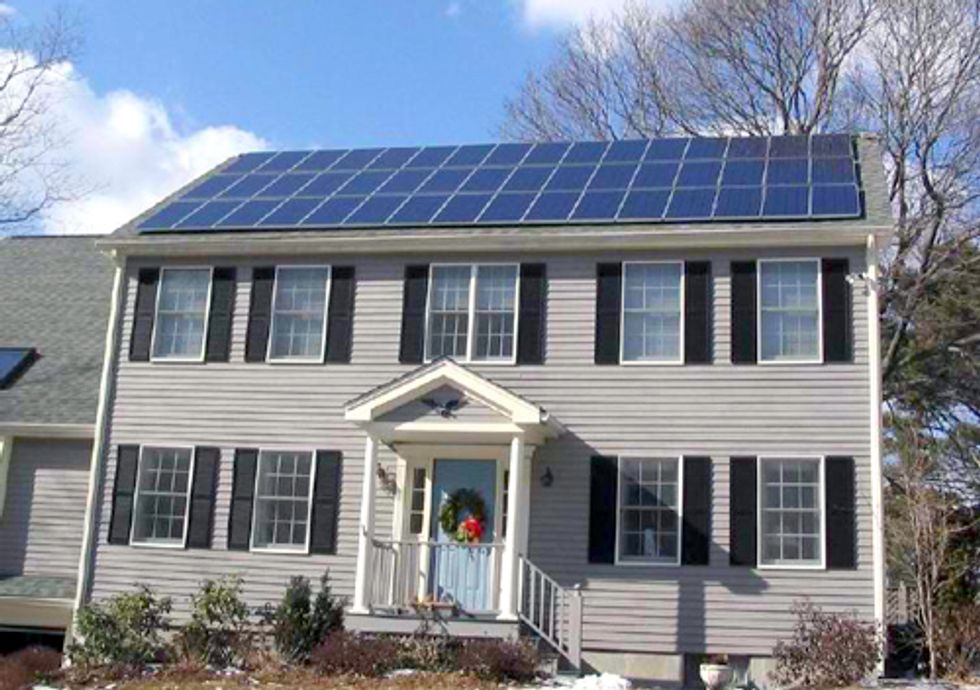 By Kathleen Rogers and Danny Kennedy

According to the Solar Energy Industry Association, more than 3.2 gigawatts of photovoltaic solar will be installed in the U.S. this year—up from 1.9 gigawatts last year.

In a year when the election was dominated by fossil fuel propaganda and both candidates for President failed to mention climate change on the campaign trail, it's hard to say "we're succeeding." However, the trends are clear—an enormous shift has begun in the ways in which the U.S. and the world will power itself with clean energy.

To understand what we're talking about, consider this fact:

All new electricity capacity built in the U.S. in September was renewable.
You read correctly. As a sample in time, there was no new fossil fuel capacity added to our grid in September 2012, and 443 megawatts of wind and solar were installed.

Here's another one for you that may be more immediately relevant:

Take the solar industry, which is 119,000 strong in 5,600 companies in all 50 states. That's more than are employed in coal mining in this country—about 80,000 and declining. The solar industry grew at a rate of about 13 percent for the last year, while reducing costs 19 percent and growing. According to the Solar Energy Industry Association, more than 3.2 gigawatts of photovoltaic solar will be installed in the U.S. this year—up from 1.9 gigawatts last year. The broader economy barely grew in the same period in terms of new job creation, as unemployment has stayed stubbornly high.

So solar is employing people—lots of them. And we're seeing an historic turn away from the dirtiest of electricity generating technologies. Nuclear power post-Fukushima is all but dead, and coal is crashing. U.S. coal supply declined by 100 million tons in 2012. In terms of coal fired electricity, it was 52 percent of the mix in 2000; last year, it was 42 percent—and this year, some reports have it at less than 33 percent. These are pre-WWII levels as a percentage of the electricity supply. That is a seachange.

Of course, much of the slack has been taken up by natural gas—this new, cheap gas that the frackers are creating. But that too won't last because, regardless of the hype, a finite fuel under increasing demand will go up in price. So, gas is creating the space and understanding that we don't need to be dependent on coal, that we can shift the mix and keep the lights on. And in time, the "no-fuel" solutions will come to dominate. And the bottom-line we should all be watching is that carbon pollution is down.

But perhaps the most important fact is that most Americans want more clean energy. Year-after-year, the enthusiasm for wind and solar power grows rather than declines. Nine out of 10 Americans want more solar in the mix, according to a poll Sungevity conducted in the heat of the 2012 campaign season, on the anniversary of Solyndra's bankruptcy.

Remember those jobs being created in clean energy? More of them are in red states than blue, which means there should be bipartisan support for core policies supporting clean energy. Now, we have to make that happen—we the people. Our elected officials will follow, which is what they have always done.

The seismic shift in how we all use cell phones and mobile technology to access the internet almost snuck up on the incumbent technologies and the monopolies that made money selling us landline telephones and a crappy service. Now, we're all using apps on smartphones all of the time. So too, the shift to a scaled, solar-powered future built around the modular technology at the heart of solar power—the photovoltaic solar cell—will come as a surprise to many. We call it the solar ascent, and it is happening every day in a million ways.

While it's still sometimes hard to realize the seachange that's going on around us, the main question now is whether the shift will come in time.

Our challenge is how to make it happen faster and how to get our government to help, not hinder, it. Preserving access to the federal solar Investment Tax Credit is one key element of this process, but there are many others that a second-term Obama Administration should have the clout to accomplish.

And remember, we're winning. Shine on!

Kathleen Rogers is president of Earth Day Network. Danny Kennedy is CEO of Sungevity. Earth Day Network and Sungevity have teamed up to help people in nine states go solar at no cost. Learn more at www.sungevity.com/earthdaynetwork.