Renewables Account For More Than Half of 2014's New U.S. Energy Capacity 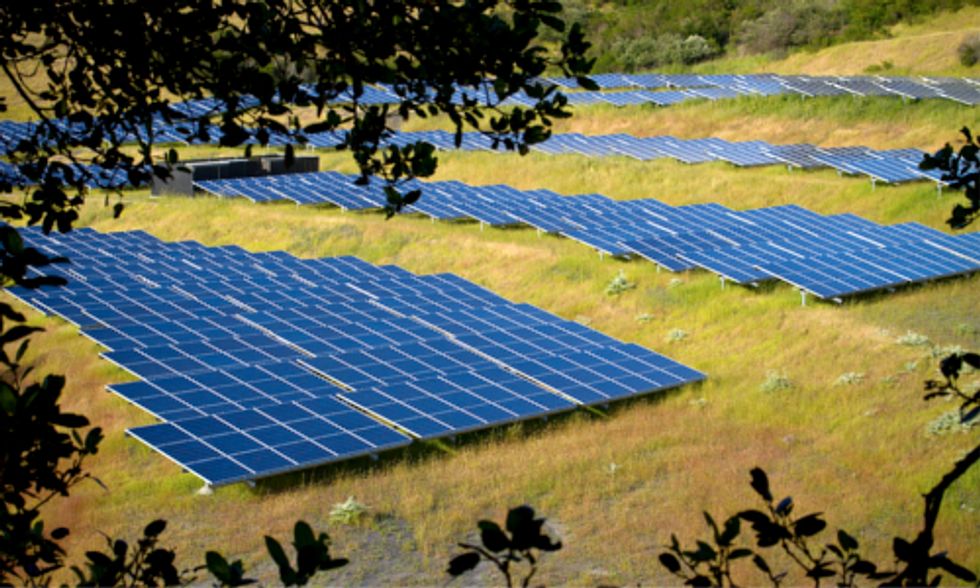 Renewable energy continues growing its share of new electricity generation in the U.S.

According to the latest Energy Infrastructure Update from the Federal Energy Regulatory Commission, solar and wind energy constituted more than half of the new generating capacity in the country for the first half of 2014. Solar and wind energy combined for 1.83 gigawatts (GW) of the total 3.53 GW installed from January to June.

Natural gas constituted much of the remainder of installed capacity with about 1.56 GW. Coal and nuclear energy came to a complete half with zero projects and zero capacity. Last year, coal had two new units during the same time period. Since then, the Obama Administration issued a proposal for U.S. power plants to reduce carbon emissions by 30 percent compared to 2005 level. Coal plants account for nearly half of the country's carbon emissions.

Solar and wind combined for 120 of the 180 projects in the first half of the year. That figure is slightly down from the 137 projects during this period last year. Installed capacity was also higher by this point last year at about 2.16 GW.

Still, natural gas suffered a much larger fall from the 41 units for nearly 4.5 GW during the first six months of 2013.

In 2013, renewable energy projects tripled the amount of new coal, oil and nuclear projects. Natural gas accounted for more than half the installed capacity for all of last year.

Here are a few renewable energy highlights from the first half of the year: