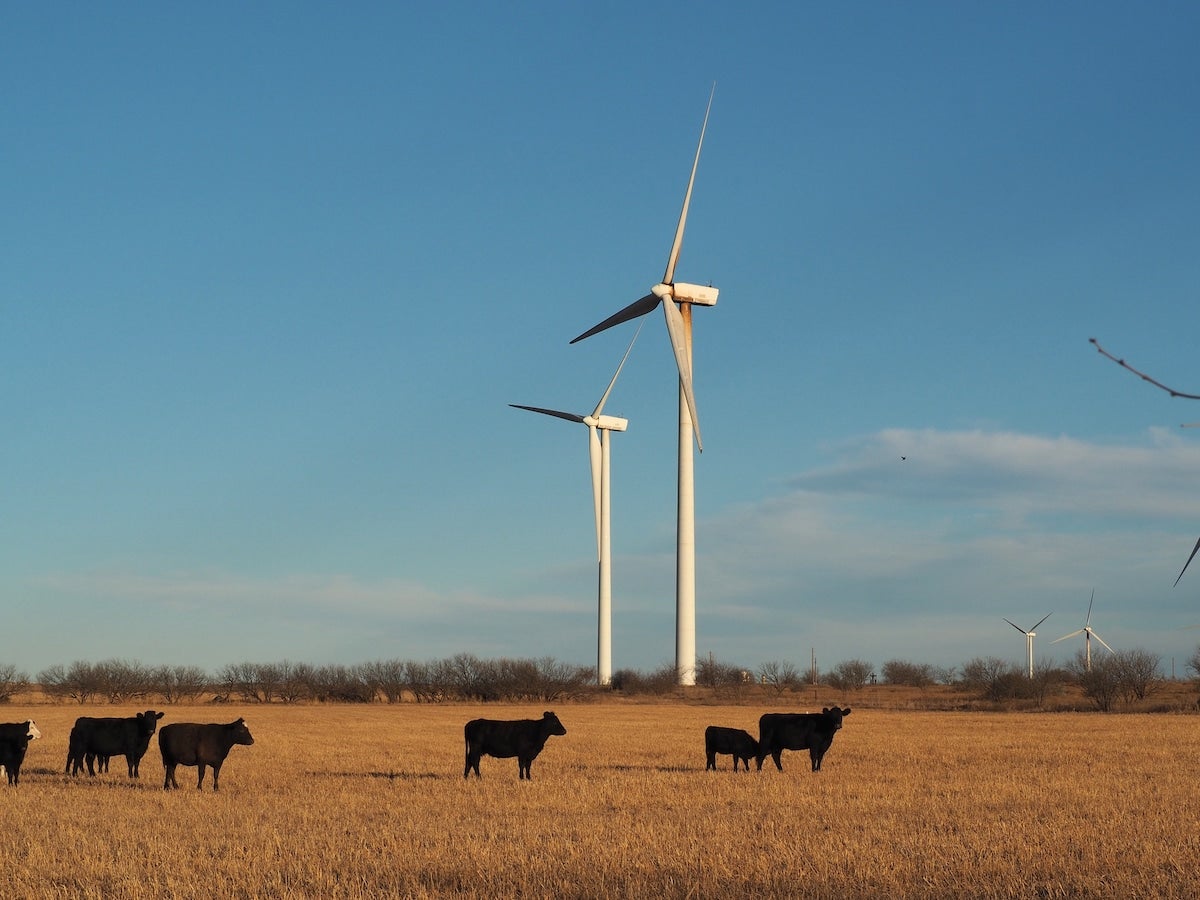 Texas is often associated with fossil fuels, especially oil. But it turns out a greener kind of energy is saving the state’s customers a significant amount of money.

A new report from IdeaSmiths LLC found that wind and solar had generated as much as $106 billion in savings and benefits in Texas between 2010 and August 2022 and reduced costs by nearly $30 billion during that same time period.

“With a coal or natural gas power plant, you have to both build a power plant and continuously buy fuel to burn in that power plant, and so there’s higher ongoing costs,” report author, University of Texas at Austin research scientist and IdeaSmiths executive Joshua Rhodes explained to The Dallas Morning News. “Wind and solar generally produce very cheap electricity because they don’t have fuel costs… after you’ve built the plant there’s no fuel costs associated with generating electricity.”

The report looked at customers covered by the Electric Reliability Council of Texas (ERCOT) service area and compared how the market would have looked if ERCOT hadn’t installed any renewables between 2010 and 2022 with what happened because it did. It considered the difference through three metrics: energy savings, water costs and emissions.

“Texans would have had to pay 27.8 billion more dollars over that period of time because eventually the customer always pays,” Rhodes told The Dallas Morning News.

The savings were especially notable during the first eight months of 2022, a year that saw natural gas and coal prices reach a 10-year high and a hotter than usual summer increase demand, according to Utility Dive. Because renewables are in the mix, however, wholesale electricity costs were reduced by around $7.4 billion through August, or $925 million per month. Savings could reach $11 billion by the end of the year.

One advantage of wind and solar energy is that they don’t require water to work. This is important, as Texas has been in a drought since September of 2021, The Texas Tribune reported. As of August, approximately 27 percent of the state was under an “exceptional drought,” which is the most severe category used by the U.S. Drought Monitor, and about 62 percent was under an “extreme drought,” the second most serious category.

Because of renewables, the state was able to save 244 billion gallons of water between 2011 and August of 2022, the report found.

“One of the benefits of renewables is we’re not emitting as many pollutants into the air, so people are able to breathe cleaner air and live healthier lives,” Rhodes told the paper.

Overall, the report found that savings from health and climate benefits were between $10.2 and $76.4 billion dollars.

“Summing up all benefit streams, we estimate that, between 2010 and August 2022, renewables provided between $38.7B and $106B (about $48.2B using median values for water and emissions) in total benefits to Texas residents in the ERCOT service territory,” Rhodes concluded in the report.

Renewables have been criticized in Texas because some argue that they are not as reliable since the wind and sun cannot be controlled, The Dallas Morning News reported. This was an issue the report did not address, though it makes clear that renewables can be a protection against the market volatility of fossil fuels.

Overall, Texas has the most wind installations of any state in the U.S. with a capacity of 30.46 gigawatts, Utility Dive reported. At 8.6 gigawatts, it is also the second state for solar power. The report suggests that its investment in renewables has paid off.