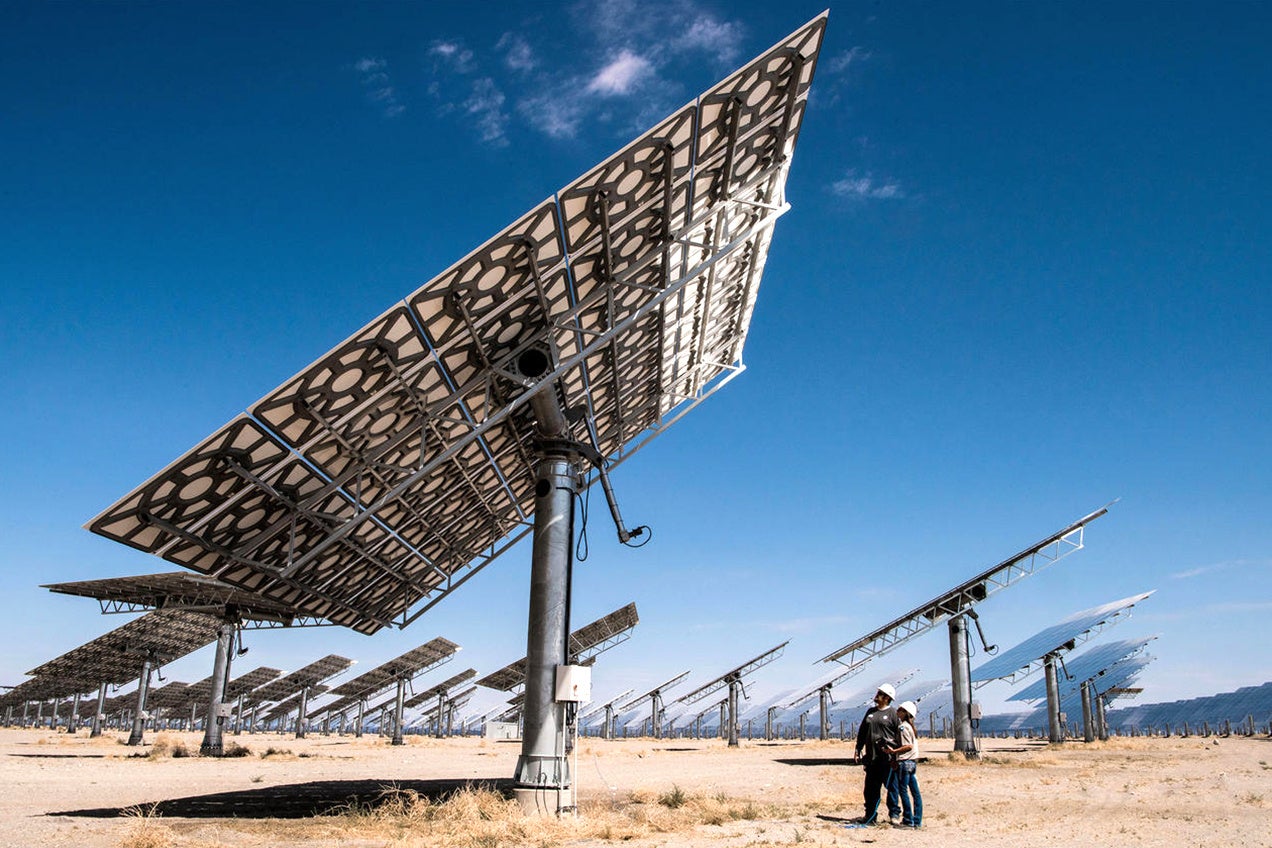 As renewable energy costs continue to fall, the path toward a clean energy economy has never looked better.

Price drops in the West have been particularly dramatic. From Texas to Arizona to Colorado, states across the southwestern U.S. are taking advantage and setting an example for the rest of the nation as they move away from coal and slash dangerous carbon emissions. Lawmakers and power companies alike have doubled down on renewable energy and climate action, accelerating the transition to a cleaner, cheaper and healthier energy system.

Swiftly falling prices have made renewable energy the cheapest form of energy available across the country. With record low prices and the extension of the production tax credit (PTC), wind is increasingly competitive with fossil fuels―the average power purchase agreement (PPA) price for wind power was down to $20 per megawatt-hour in 2016 (in 2009, the PPA was $70 per megawatt-hour). As a result, the U.S. wind market saw near-record growth in the first quarter of 2017, adding 2,000 megawatts (MW) of wind energy in just three months. Texas alone added 724 MW of new capacity in the first quarter, cementing its status as the leading state for wind installations. Kansas took second place with 481 MW of new capacity, and New Mexico ranked third with 242 MW of new capacity added in the quarter.

Power companies, especially those in the southwestern states, have responded enthusiastically to those low costs and the investment certainty provided by the multiyear PTC extension. American Electric Power (AEP) just announced that it will invest $4.5 billion in a new, 2,000-MW wind project that will provide customers of the Southwestern Electric Power Co. and the Public Service Co. of Oklahoma nearly nine million megawatt-hours (MWh) of energy annually―enough to power more than 650,000 Oklahoma households. When complete, it will be the largest single-site wind project in the country, expected to save customers more than $7 billion over 25 years.

Many power companies are eager to take advantage of cost-effective solar power as well, largely spurred by the extension of the investment tax credit (ITC) for solar. The cost of generating electricity from solar has fallen by 85 percent since 2009, and those costs continue to steadily decline. In fact, Arizona-based Tucson Electric Power recently signed a PPA for a combined solar-plus-storage system for less than $45 per MWh.

In addition, four states in the Southwest rank in the top 10 for cumulative solar capacity installed through 2016: Arizona (#3), Nevada (#4), Utah (#6) and Texas (#9). And Nevada-based NV Energy reached an agreement with Apple earlier this year to build an additional 200 MW of solar energy in Nevada by early 2019, showing that solar development in the region is not likely to slow down any time soon.

As renewable energy capacity increases, job opportunities are following suit. Solar jobs across the U.S. have increased at least 20 percent per year for the past four years and are available in all 50 states. Texas is one of the leading states for solar jobs—it is ranked #3 nationwide at more than 9,300―and several neighboring states in the Southwest (Arizona, Nevada and Colorado) rank in the top 10 as well.

In addition to rising investments in clean energy, several large utility companies in the Southwest have announced plans to retire coal-fired power plants in the coming years as these dirty, expensive fuel sources struggle to compete with more cost-effective wind and solar. For example, the 2,250-MW coal-fired Navajo Generating Station in Arizona is no longer financially viable due to competition from cheaper energy sources and is scheduled to retire at the end of 2019.

The Public Service Co. of New Mexico also recently announced in its 2017 integrated resource plan (IRP) that it will retire the 1,800-MW San Juan coal-fired generating station―one of the largest power plants in the western U.S.―by 2022 and estimated that doing so would save the utility $70 million to $450 million over 20 years. The electricity provider also plans to vacate its stake in New Mexico’s Four Corners power plant and will exit coal-fired generation entirely by 2031. When these coal plants close, it is critically important that policymakers provide support for a sustainable transition to clean energy sources and make investments that can help diversify and strengthen the local economy.

Following the announcement that the U.S. would depart from the Paris agreement, leaders across the country have stepped up to cut carbon emissions and ensure that the country is still able to meet the climate goals of the accord. And lawmakers in the Southwest are no exception. Mayors of more than 20 municipalities in the region―including major cities such as Houston, Phoenix, Denver, Reno and Tucson―have signed on to the We Are Still In pledge, joining more than 2,200 other leaders from states, cities, businesses, and universities across the country who have committed to meeting the goals of the Paris agreement.

At the state level, Nevada has taken important steps to advance clean energy policy. This spring, the Nevada legislature passed 11 bills to help support renewable energy projects in the state. Unfortunately, Nevada’s governor, Brian Sandoval, vetoed two of the bills, including one that would have significantly raised Nevada’s renewable portfolio standard (RPS). Sandoval’s veto of the RPS expansion was a huge lost opportunity for the state, one that will be remedied, one hopes, in Nevada’s next legislative session.

Meanwhile, Colorado’s governor, John Hickenlooper, recently signed into law a bill that extends utility energy efficiency programs in the state and announced that Colorado will join 12 other states and Puerto Rico in the U.S. Climate Alliance, a coalition of states committed to reducing CO2 emissions and meeting or exceeding the goals of the Paris agreement. Hickenlooper also signed an executive order committing Colorado to climate action, declaring that the state will aim to reduce emissions and improve energy efficiency.

The executive order outlines several targets, including reducing statewide greenhouse gas emissions by more than 26 percent from 2005 levels by 2025, reducing power sector emissions by 35 percent from 2012 levels by 2030, and achieving electricity savings of two percent of total electricity sales per year by 2020. As an NRDC analysis showed, greater investment in energy efficiency will bring huge economic benefits to Colorado. Cutting emissions and achieving two percent annual savings could create more than 3,900 new jobs per year and add more than $340 million annually to Colorado’s economy.

In the face of mounting environmental attacks from the Trump administration, the Southwest states exemplify the momentum of climate progress and the significant advantages of transitioning to a clean energy economy. With booming renewable energy investments, multiple planned coal retirements, and ambitious clean energy policies, this region is well prepared to maintain―and strengthen―its role as a climate leader in the years ahead.