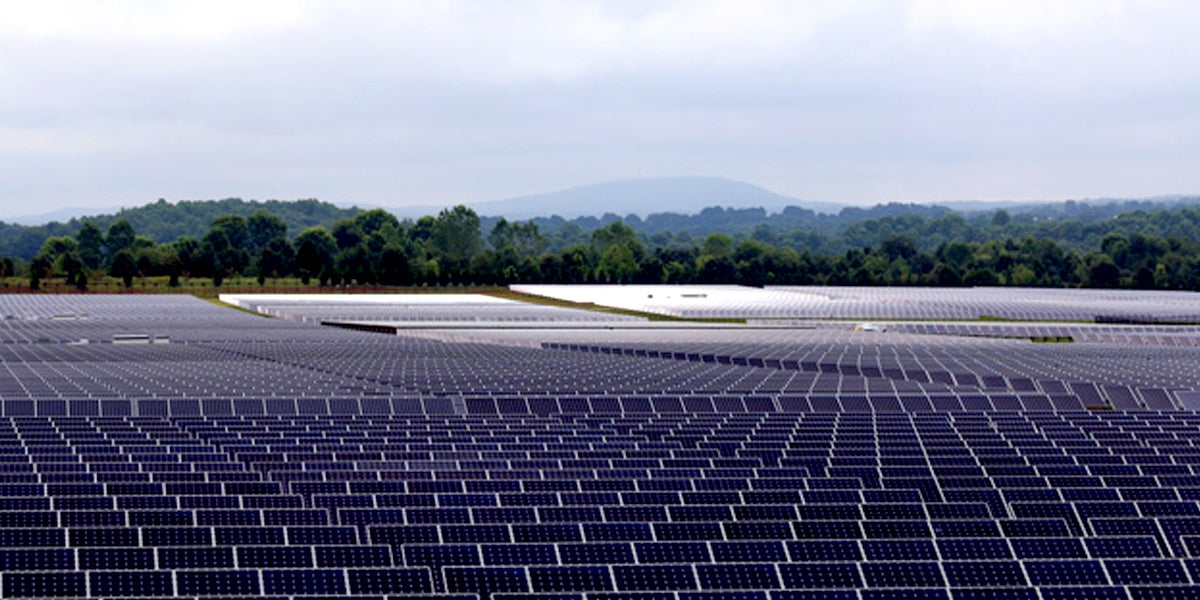 With an incoming presidential administration
seemingly hostile towards action on climate change, local solutions are now more important than ever. With or without Donald Trump‘s help, the North Carolina municipality of Boone is calling on the whole state—and the United States at large—to encourage green jobs and transition to 100 percent clean energy across all energy sectors.

The resolution was approved by a 5-0 vote by Boone Town Council on Thursday. This makes Boone the first town in the country to officially demand that the U.S. completely ditch fossil fuels to “avoid climate catastrophe.“

The country’s total transition to clean energy is not as far-fetched as it seems. Boone’s resolution was inspired in part by the research of renewable energy expert Dr. Mark Z. Jacobson, a Stanford University professor and cofounder of The Solutions Project, a state-by-state roadmap to convert the country to 100 percent renewable energy by 2050.

You might have heard of the project before. In fact, Jacobson stopped by David Letterman’s late-night television show in 2013 to explain how the whole world, not just the U.S., can transition to renewables.

“There’s enough wind to power the entire world, for all purposes, around seven times over,” Jacobson explained then. “Solar, about 30 times over, in high-solar locations worldwide.”

Jacobson is an advisor for the North Carolina Climate Solutions Coalition which endorsed Boone’s resolution.

“This decision by Boone, North Carolina to commit to transitioning to 100 percent clean, renewable energy sets a great example for other towns and cities in the U.S. and around the world,” Jacobson commented to EcoWatch. “It is now established that such a transition is possible state by state and country by country.”

Last year, the Solutions Project team published a study explaining how each state in the country can replace fossil fuels by tapping into renewable resources available in each state such as wind, solar, geothermal, hydroelectric, and even small amounts of tidal and wave power. 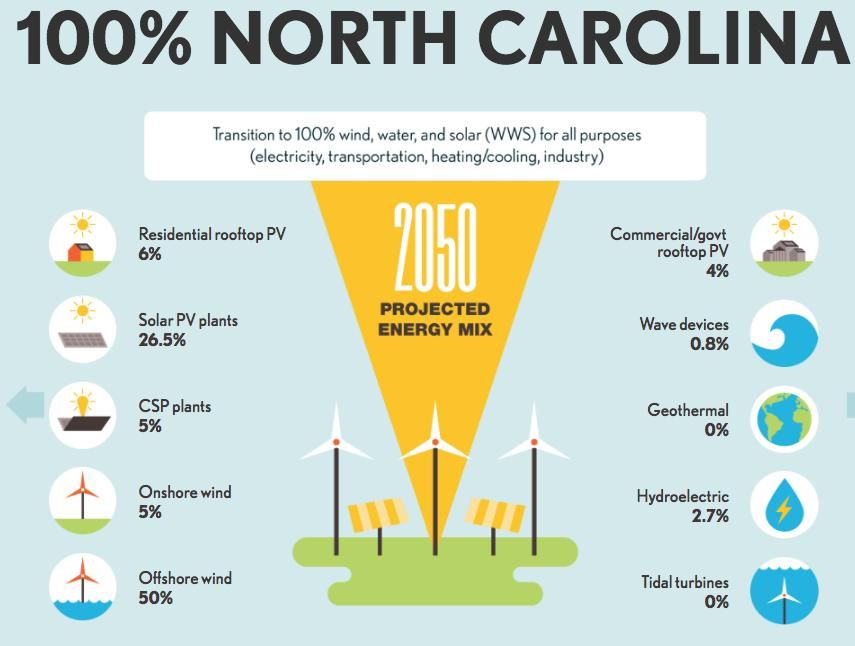 “The results of such a transition are the creation of more net long-term jobs than lost (2 million more if the U.S. converts), more stable energy prices (since wind and solar fuel costs are zero), lower overall energy costs, lower terrorism and grid blackout risk (because energy sources will be more decentralized), no more air pollution mortality from fossil fuels and a reduction in global warming,” Jacobson explained.

One reason Boone adopted its resolution is because North Carolina is a solar power all star. The Tar Heel state ranks third in the nation in installed solar capacity, with enough to power 260,000 homes. The state’s solar power industry employs some 6,000 people. In 2015, nearly $1.7 billion was invested on solar installations in the state. Not only that, the Atlantic coast state also has incredible offshore wind energy potential.

Boone’s resolution stresses that the state’s most disadvantaged populations are most affected by a warming planet, which is why action is needed.

“Low-income communities and communities of color in North Carolina and the United States are inordinately exposed to pollution, that causes serious health problems such as cancer and asthma, from fossil fuels, including the dirtiest coal-fired power plants which produce coal ash, are disproportionately located in communities of color,” it reads.

Unlike our president-elect and his top staff comprised of climate change deniers and fossil fuel puppets, Boone’s town council accepts that rising global average temperatures are primarily due to human-caused fossil fuels emissions and that 195 nations agreed during the Paris climate talks to hold global temperature rise well below 2 degrees Celsius.

Jacobson believes that the country’s transition to sustainable energy is possible but the main barriers are “social and political rather than technical or economic.” See North Carolina’s storied solar wars, for example.

“Boone,” however, as Jacobson said, “has overcome many of the social and political barriers.”

“Daniel Boone was an early pioneer who explored our nation’s frontiers during it’s early history. So it seems fitting that a town named after him would serve as our next great American pioneer, boldly leading us into the frontier of a clean energy-driven economy,” he told EcoWatch. “Just when we really needed some good news in the climate change battle, I thank the people of Boone, North Carolina for providing some.”