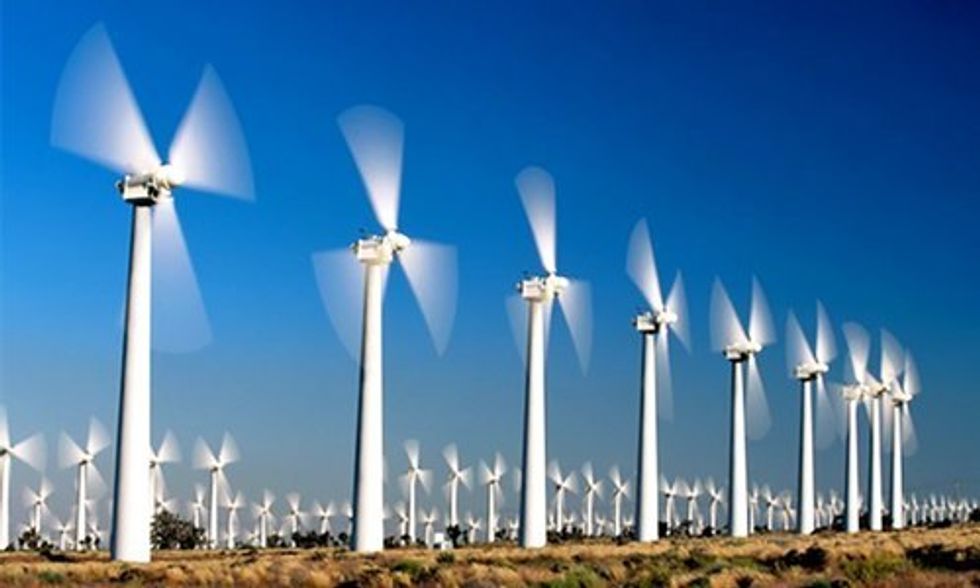 In the first 2016 issue of its monthly Energy Infrastructure Update report, the Federal Energy Regulatory Commission (FERC) notes that five new "units" of wind (468 megawatts) and six new units of solar (145 megawatts) accounted for 100 percent of new electrical generation brought into service in January. No new capacity for nuclear, coal, gas or oil was reported.

Separately, the U.S. Energy Information Administration (EIA) has issued its latest Electric Power Monthly (covering all twelve months of 2015) indicating that electricity generated by renewable energy sources grew by more than 2 percent compared to 2014 and accounted for almost 13.5 percent of "utility-scale" electrical output in the U.S. last year.

Moreover, EIA's end-of-the-year data reveals significantly higher growth in the renewable energy sector than the agency had forecast less than three months ago for calendar year 2015 in its Short-Term Energy Outlook. At that time, EIA said it expected "total renewables used in the electric power sector to decrease by 1.8 percent in 2015. Hydropower generation is forecast to decrease by 8.2 percent and non-hydropower renewable power generation is forecast to increase by 4.2 percent."

In fact, EIA now reports actual generation from non-hydro renewables in 2015 to have hit 298,358 thousand megawatt-hours from utility-scale facilities alone; in addition, at least 12,141 thousand megawatt-hours was provided by distributed solar photovoltaic and an unknown amount from other distributed, small-scale renewables that are not grid-connected (e.g., small wind). Further, electrical generation from non-hydro renewables surpassed that from hydropower more than a year ago.

And, according to FERC, the total installed generating capacity of wind, biomass, solar and geothermal units had reached 109.6 gigawatts by January 2016—and this reflects just the combined capacity of larger renewable energy facilities. FERC's data only includes plants with nameplate capacity of 1 megawatt or greater and therefore does not reflect the additional capacity provided by rooftop solar or other smaller, distributed renewable energy systems.

"Just a few years ago EIA had forecast that renewables might provide 15 percent of the nation's electricity by 2035," noted Ken Bossong, executive director of the SUN DAY Campaign. "It now appears that goal could be reached within the next two years and quite possibly sooner!"