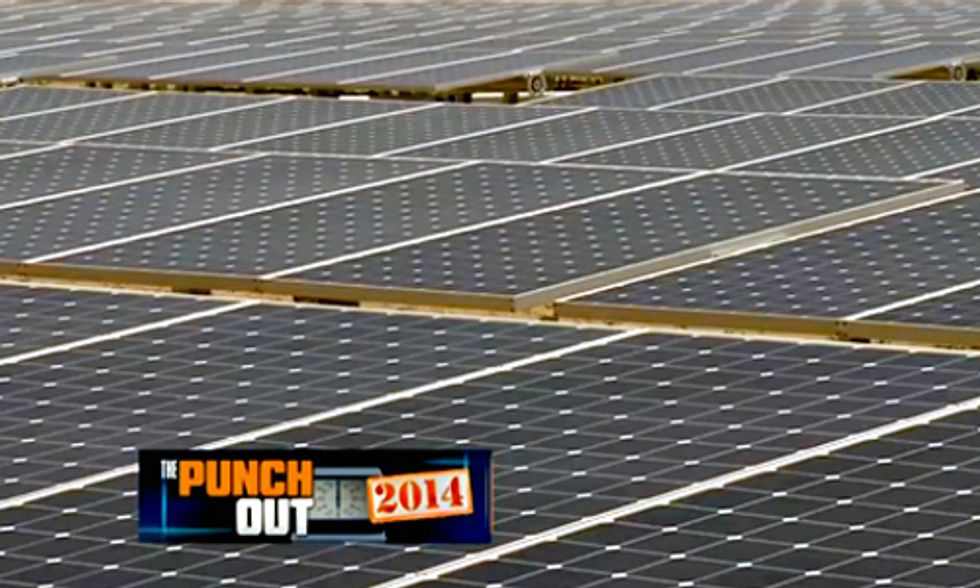 One of my favorite shows of 2014 was MSNBC's The Ed Show. I especially liked the March 5 episode when host Ed Schultz announced his change of heart on the Keystone XL issue, stating that "I was wrong," the pipeline should not be built.

Schultz continued his coverage throughout 2014 on this controversial issue, telling GOPs to pipe down after the Senate failed to pass the Keystone XL pipeline bill late November and sharing Senate majority leader Mitch McConnell's plan to make approving the pipeline his first order of business when the Republican-controlled Senate begins its session in early 2015.

Now, to finish off the year, Schultz in The Punch Out 2014 says the dangers of fossil fuels inspired him to re-think the way he was burning diesel fuel at his fishing lodge. Watch below as Schultz shares how and why he decided to go solar.