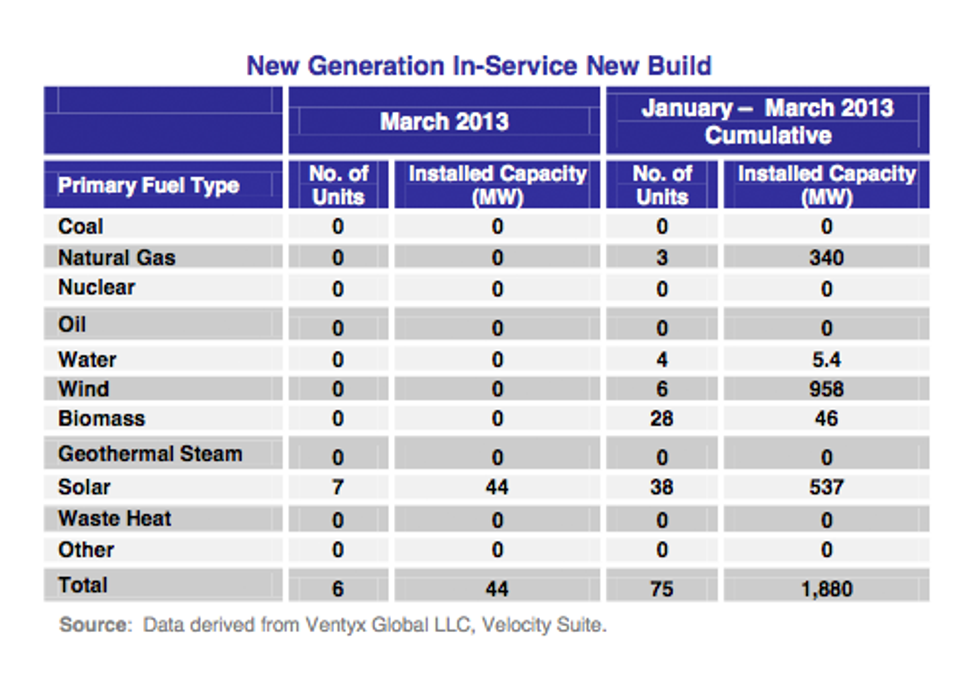 Wind led the way for the first quarter of 2013 with six units totaling 958 MW followed by solar with 38 units totaling 537 MW. Biomass added 28 units totaling 46 MW while water had four units with an installed capacity of 5.4 MW. No new capacity was reported for geothermal steam.

For the month of March 2013 alone, 100 percent of the new electrical generation in service came from solar (seven new units with a combined capacity of 44 MW). The installed capacity of new solar units during the first quarter of 2013 (537 MW) is more than double that installed during the same period in 2012 (264 MW).

* Note that generating capacity is not the same as actual generation. Actual net electrical generation from renewable energy sources in the U.S. now totals a bit more than 13 percent according to the most recent data (i.e., as of January 2013) provided by the U.S. Energy Information Administration.