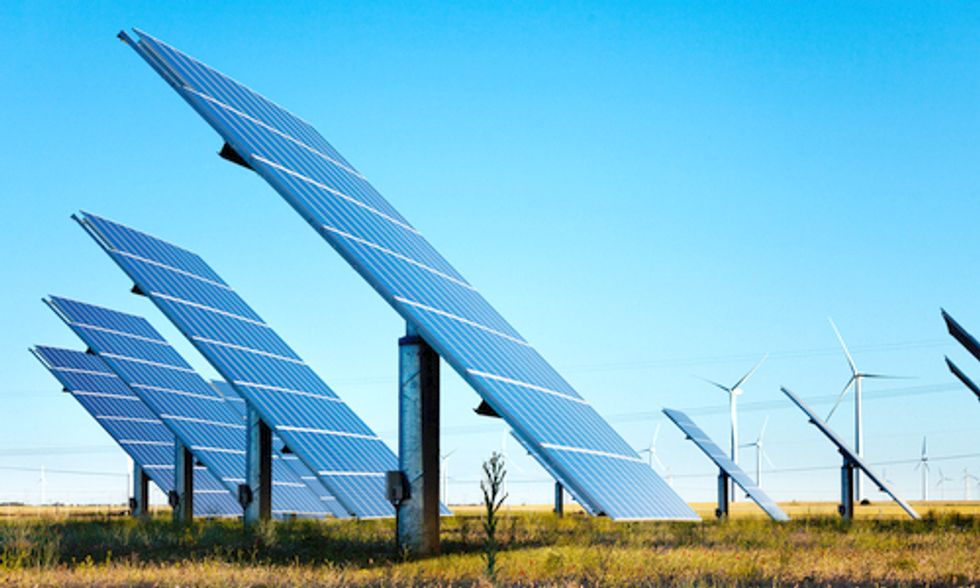 The new year began with as green a bang as any renewable energy advocate could have hoped for.

Renewable sources provided nearly 100 percent of the new power generation installed in the U.S. in January, according to new data from the Federal Energy Regulatory Commission (FERC).

Of the 325 megawatts (MW) of added generation, only 1 MW was qualified as something other than a renewable energy source. In fact, it was listed under the "other" category.

While solar energy far outpaced its counterparts in January, it will take many similar months for clean energy to chip away at the dominance of natural gas and coal. Those two sources combine for nearly three-quarters of the nation's total energy capacity.

However, as Think Progress points out, renewables have experienced wildly successful months before. In November 2013, 100 percent of the 394 MW of new capacity added came from renewable sources. The month before that, 99 percent of the 699 MW added were renewable.