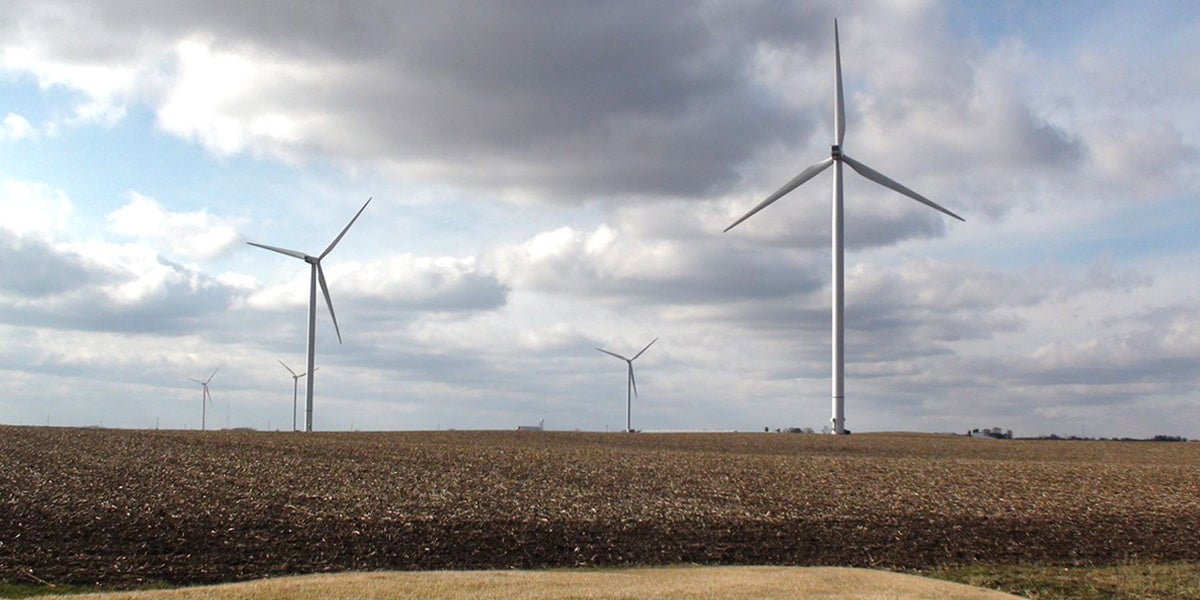 2018 is off to a bright start for at least one U.S. sector—renewable energy.

The February Infrastructure Update from the Federal Energy Regulatory Commission (FERC) reported that 98 percent of power plants built in the first two months of 2018 were renewable, Popular Mechanics reported Thursday.

During January and February, the U.S. saw an additional 2,173 megawatts of electricity generation constructed. A full 1,568 of those megawatts came from wind power and 565 from solar. The only fossil fuel to add megawatts to the grid was natural gas, with a mere 40.

This isn’t an isolated uptick. The update indicates a hopeful trend away from fossil fuels, estimating that 69 percent of new energy sources built over the next three years will be renewable.

The FERC update also suggests that, for all of President Donald Trump’s rhetoric about “bring[ing] the coal industry back 100 percent” and “end[ing] the war on beautiful, clean coal,” the future is against him. No new coal plants were added at the start of 2018, and the update estimates that 15,000 megawatts of coal power will be removed from the grid due to plant closures by 2021.

This confirms the trajectory outlined in a Climate News Network piece published by EcoWatch in January, which reported that, while coal mine production went up 10 percent in 2017, that was an upward blip in a downward trend due to a 50 percent rise in international coal exports last year. As countries like India, China and Brazil shift towards renewables to combat air pollution and climate change, that blip is likely to disappear. On a longer time-scale, U.S. coal production has decreased by a third over the last five years.

In addition to touting coal, Trump has also thrown a wrench in the renewable energy industry by introducing a new tax on imported solar cells and modules, which went into effect in February, the Union of Concerned Scientists reported. The Union of Concerned Scientists further reported that an estimated 7,600 megawatts of solar power would not be added to the grid because of the tariffs over the next five years, but the news from the FERC suggests that the new taxes won’t prevent renewables from growing overall.