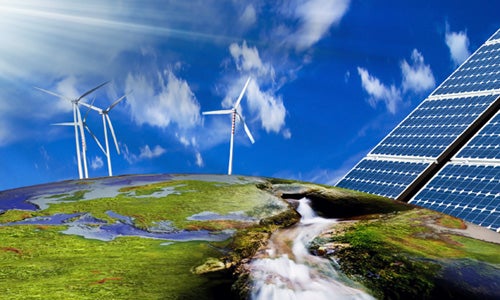 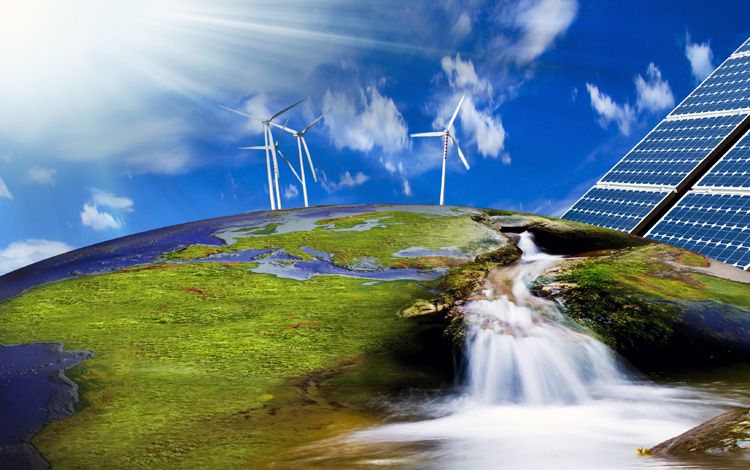 When Sustainable Energy for All CEO Rachel Kyte addressed the seventh Clean Energy Ministerial this month in San Francisco, she called on everyone to shout out their recent success stories. “Good news doesn’t travel,” said Kyte, whose group aims to bring affordable, renewable energy to more than 1 billion people who have no access to any electricity today.

The stories were everywhere. During the two-day meeting, which brought together energy leaders from 23 countries and the European Union, I heard wide-ranging examples of the low-carbon future taking stronger hold, especially in developing countries which face a dual challenge of modernizing their economies and limiting carbon emissions at the same time.

Some of the most compelling stories came from Africa, the world’s fastest growing continent and a key front in the Paris climate agreement‘s quest to limit the global temperature rise to below two degrees Celsius.

Morocco, which is hosting the global climate talks in November, recently turned on what will be the world’s largest concentrated solar power plant in the Sahara Desert and in March, it announced the lowest ever bids—a stunning 3 cents per kilowatt-hour—for an 850-megawatt wind project.

South Africa, which attracted a record $4.5 billion in clean energy investment last year, has dozens of sizable wind and solar projects in various stages of development. Most are being built under a government program that encourages independent power producers to submit competitive bids for large-scale renewable energy projects.

Tanzania is focusing on smaller-scale solar projects through companies like Off Grid Electric, which allows homes and small businesses to install solar systems that they pay for via mobile-phone payments. The company is currently installing more than 10,000 solar units every month in Tanzania and Rwanda and recently raised $70 million from DBL Partners and other investors to help it hire more staff and massively expand operations across East Africa.

Other African countries are trying to learn from Tanzania’s success.

“We’ve seen big increases in household solar, especially in Kenya and Tanzania, but in the rest of Africa it’s been slow. Why is that?” Gemma May, a sustainable energy expert at the UK’s Department for International Development, said. She works with Energy Africa, an NGO dedicated to removing policy barriers for household solar in over a dozen African countries. Last month, the group persuaded Sierra Leone’s government to eliminate import duties and sales taxes on certain solar products.

While Africa is going green one household at a time, iconic global brands are greening their entire businesses. At the energy event here, a half-dozen major companies, including TD Bank and Interface, joined RE100, a coalition of businesses that are switching to 100 percent renewable electricity.

“It’s great for our bottom line,” said John Woolard, vice president of energy at Google, which has signed contracts to purchase more than 2,200 megawatts of wind and solar in the U.S. and abroad. Woolard pointed to the effect of supportive state policies—such as North Carolina’s green tariffs—which are enabling more companies to buy renewable energy directly from their local utilities.

Michael Liebreich, founder of Bloomberg New Energy Finance, outlined many of the positive effects that have come from last year’s record $329 billion in global clean energy investments. He pointed to the proliferation of electric vehicles sales and noted that clean energy investments in developing countries are outpacing those in developed countries for the first time. But the $329 billion figure is still several-fold lower than the additional $1 trillion of investment that will be needed every year through 2050—what Ceres calls the Clean Trillion—to achieve the Paris agreement’s two-degree goal.

India will be a key player in closing this gap. It has set a goal of developing 175 gigawatts of wind and solar power by 2022, a marker that will require an estimated $200 billion in investment, much of which will need to come from institutional investors (pension funds, insurance companies, etc.), which are still largely on the sidelines in investing in emerging market clean energy projects. Last year’s clean energy investments in India totaled $10.9 billion. 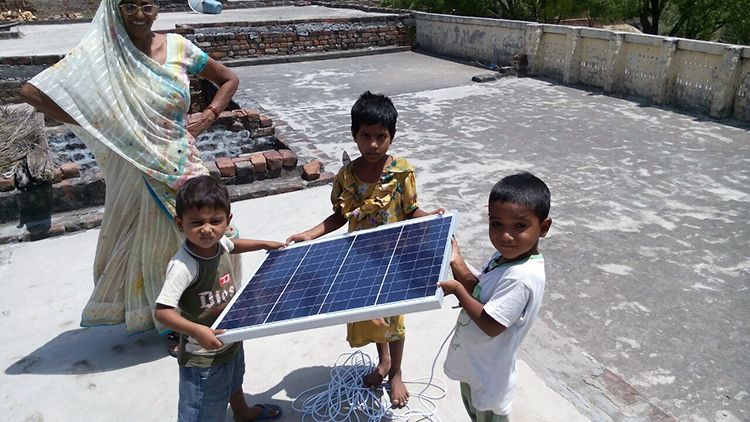 Many players are working to change this picture. During Prime Minister Narendra Modi’s visit to Washington this month, a group of foundations put up $30 million to help advance the country’s clean energy efforts. The money, matched by India’s government, will fund a project to make solar power projects “finance-ready,” basically clearing red tape in the form of feasibility studies, land surveys and due diligence so that large investors can jump right in with critical funding for the projects. Prime Minister Modi and President Obama also announced plans for expediting investor capital flows to support off-grid renewable projects in India.

All of these actions are positive steps in the right direction. But they are only small steps given the colossal clean-energy transition that is needed globally.