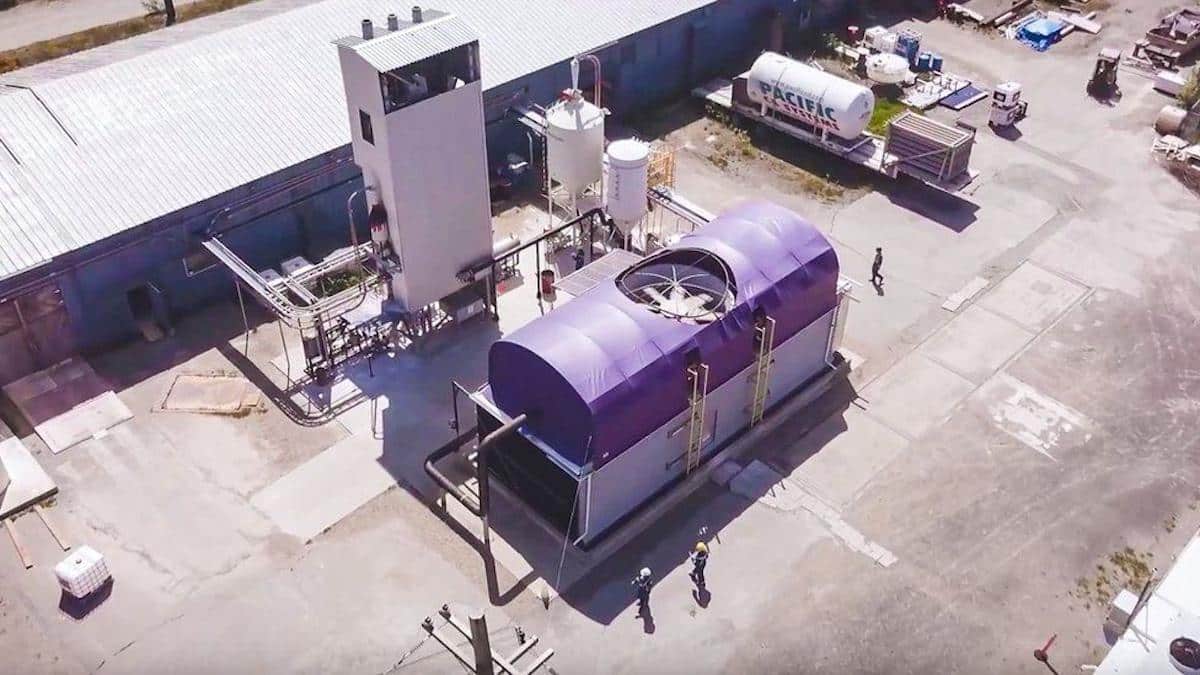 Recently, they’ve begun engineering on a game-changing, large-scale commercial facility in Canada that will produce this usable fuel out of air.

Powered by clean hydroelectricity, the plant will use Carbon Engineering’s breakthrough Direct Air Capture and AIR TO FUELS™ technologies to electrolyze water, splitting it into hydrogen and oxygen, reported CTV News. The hydrogen will then be combined carbon dioxide sequestered from the air to produce hydrocarbons that can be used in place of traditional petroleum-based fuels, the news report explained.

This is “clean fuel,” Huron Clean Energy notes on their website.

Additionally, according to Carbon Engineering, their signature carbon sequestration technology works at the “megaton-scale” to remove carbon dioxide from the air.

“Unlike capturing emissions from industrial flue stacks, our carbon removal technology captures carbon dioxide (CO2) – the primary greenhouse gas responsible for climate change – directly out of the air around us,” the company website emphasizes. “This can help counteract today’s unavoidable CO2 emissions, and remove the large quantities of CO2 emitted in the past that remains trapped in our atmosphere.”

Their new proposed fuel synthesis facility will have a production capacity of up to 100 million liters of ultra-low carbon fuel each year, Gasworld reported. When burned, this renewable, “near carbon-neutral” energy source will produce up to 90% fewer emissions than conventional hydrocarbons. It will be able to be used as a replacement fuel or as an ingredient in fuel blends. Developers note that it will work as a replacement or blend for traditional gasoline, diesel and even jet fuel, Globe Newswire added. As a blend, it will lower the carbon intensity of current fuels. Critically, the new renewable fuel will work in existing airplanes, ships, trucks and cars without the need to modify the vehicles. That’s why this fuel solution provides “a pathway to significantly reduce transportation emissions,” Globe Newswire said.

Additionally, because the fuels will provide clean liquid energy for transport sectors that are difficult to electrify, they’ll actually serve as an important complement to electric vehicles rather than as competition, Globe Newswire added.

According to Gasworld, construction is expected to begin in 2023 with operations targeted to commence approximately three years after that. The B.C. government is contributing $2 million in funding towards the preliminary engineering and design of the facility, and preliminary feasibility studies have begun, CTV News reported.

The project is expected to make a significant contribution to the B.C. Government’s CleanBC target of 650 million liters of renewable and low-carbon fuel production by 2030, Globe Newswire added.

“This innovative, world-leading project will support our economy’s shift away from fossil fuels while creating new jobs and opportunities for British Columbians,” The Honourable Bruce Ralston, Minister of Energy, Mines and Low-Carbon Innovation told Gasworld.

According to Carbon Engineering, they and their partners around the world are currently working to deploy Direct Air Capture facilities like the new British Columbia plant to capture more than one million tons of carbon dioxide each year. This is the equivalent work of approximately 40 million trees, the company noted.

“We believe humanity can solve climate change,” Carbon Engineering says on its website. “Getting there is a challenge, but also an imperative.”