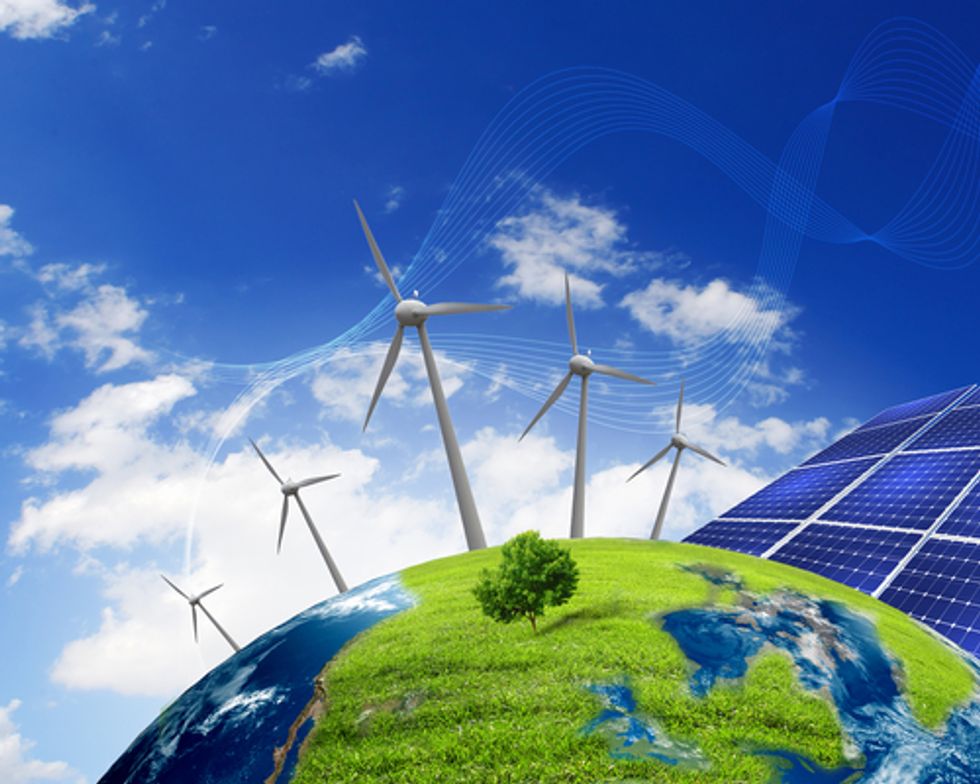 Renewable energy could fully power a large electric grid 99.9 percent of the time by 2030 at costs comparable to today’s electricity expenses, according to new research by the University of Delaware and Delaware Technical Community College.

“These results break the conventional wisdom that renewable energy is too unreliable and expensive,” said co-author Willett Kempton, professor in the School of Marine Science and Policy in UD’s College of Earth, Ocean and Environment. “The key is to get the right combination of electricity sources and storage—which we did by an exhaustive search—and to calculate costs correctly.”

The authors developed a computer model to consider 28 billion combinations of renewable energy sources and storage mechanisms, each tested over four years of historical hourly weather data and electricity demands. The model incorporated data from within a large regional grid called PJM Interconnection, which includes 13 states from New Jersey to Illinois and represents one-fifth of the U.S.'s total electric grid.

Unlike other studies, the model focused on minimizing costs instead of the traditional approach of matching generation to electricity use. The researchers found that generating more electricity than needed during average hours—in order to meet needs on high-demand but low-wind power hours—ould be cheaper than storing excess power for later high demand.

Storage is relatively costly because the storage medium, batteries or hydrogen tanks, must be larger for each additional hour stored.

One of several new findings is that a very large electric system can be run almost entirely on renewable energy.

“For example, using hydrogen for storage, we can run an electric system that today would meeting a need of 72 GW, 99.9 percent of the time, using 17 GW of solar, 68 GW of offshore wind, and 115 GW of inland wind,” said co-author Cory Budischak, instructor in the Energy Management Department at Delaware Technical Community College and former UD student.

A GW (“gigawatt”) is a measure of electricity generation capability. One GW is the capacity of 200 large wind turbines or of 250,000 rooftop solar systems. Renewable electricity generators must have higher GW capacity than traditional generators, since wind and solar do not generate at maximum all the time.

The study sheds light on what an electric system might look like with heavy reliance on renewable energy sources. Wind speeds and sun exposure vary with weather and seasons, requiring ways to improve reliability. In this study, reliability was achieved by: expanding the geographic area of renewable generation, using diverse sources, employing storage systems, and for the last few percent of the time, burning fossil fuels as a backup.

During the hours when there was not enough renewable electricity to meet power needs, the model drew from storage and, on the rare hours with neither renewable electricity or stored power, then fossil fuel. When there was more renewable energy generated than needed, the model would first fill storage, use the remaining to replace natural gas for heating homes and businesses and only after those, let the excess go to waste.

The study used estimates of technology costs in 2030 without government subsidies, comparing them to costs of fossil fuel generation in wide use today. The cost of fossil fuels includes both the fuel cost itself and the documented external costs such as human health effects caused by power plant air pollution. The projected capital costs for wind and solar in 2030 are about half of today’s wind and solar costs, whereas maintenance costs are projected to be approximately the same.

“Aiming for 90 percent or more renewable energy in 2030, in order to achieve climate change targets of 80 to 90 percent reduction of the greenhouse gas carbon dioxide from the power sector, leads to economic savings,” the authors observe.