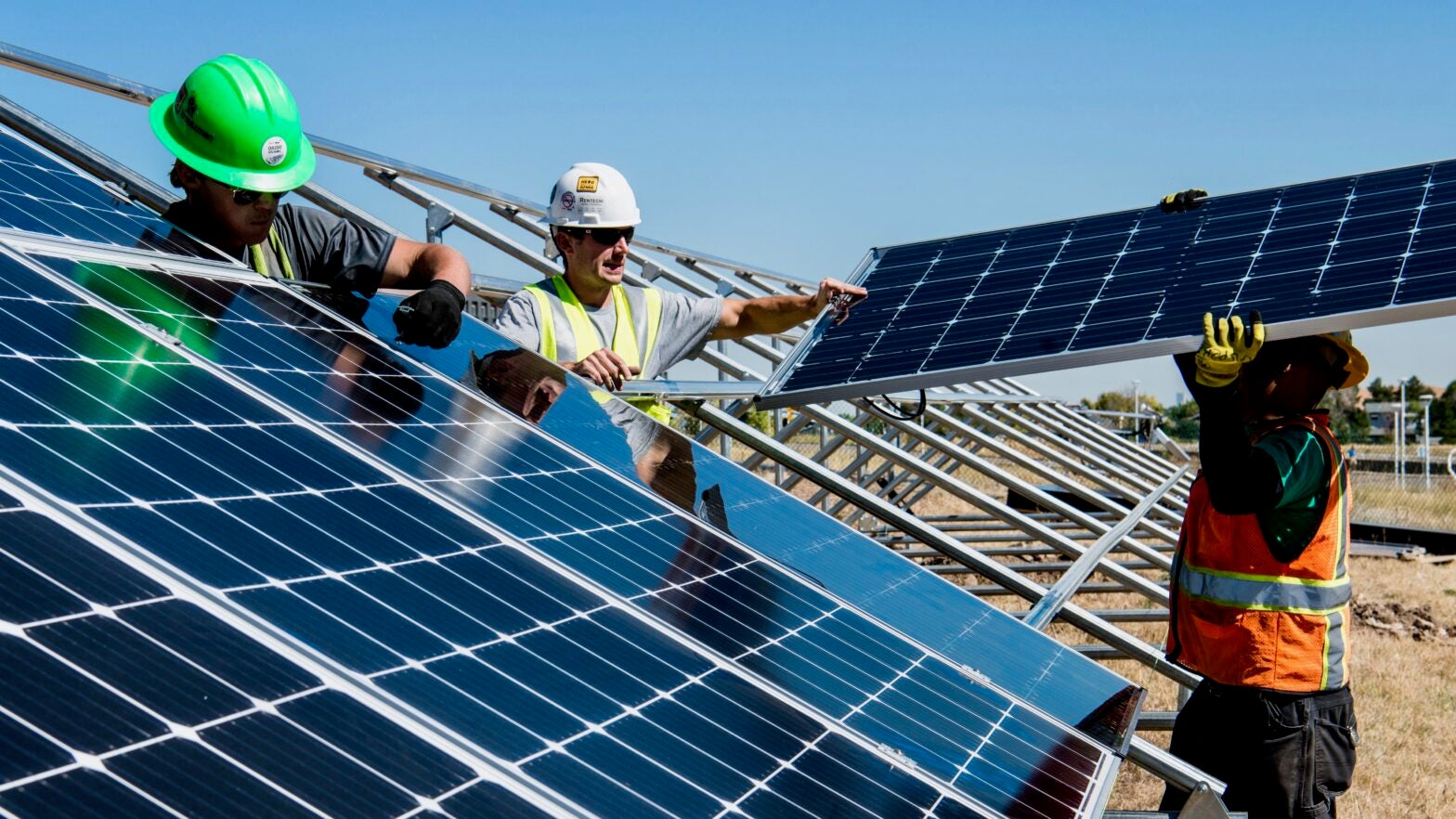 A new report shows that investments in coal plants may be a waste of money as renewables are cheaper than new coal plants, according to new research from the financial think tank Carbon Tracker Initiative.

The new research, released today, shows that nearly $640 billion of investment in coal power capacity worldwide is at risk because it is less expensive to generate electricity from wind and solar power, as Reuters reported.

The report also found that more than 60 percent of global coal power plants are generating electricity at a higher cost than it could be produced by building new renewables. The researchers found that by 2030, at the latest, it will be cheaper to build new wind or solar capacity than continue operating with coal, according to a statement from the Carbon Tracker Initiative.

Right now, in all major markets, including the U.S., Europe, China, India and Australia it is cheaper to invest in renewables, according to The Independent. The report casts doubt on the future of the many countries who have investments in coal, including Australia’s billion thermal coal export industry, as The Guardian reported.

The authors of the report suggested the report should be a signal to policy makers to shift their priorities toward investments in renewables.

“Renewables are outcompeting coal around the world and proposed coal investments risk becoming stranded assets which could lock in high-cost coal power for decades,” Matt Gray, Carbon Tracker co-head of power and utilities and co-author of the report, said in a statement. “The market is driving the low-carbon energy transition but governments aren’t listening. It makes economic sense for governments to cancel new coal projects immediately and progressively phase out existing plants.”

Despite the economic reality and the environmental impact of coal, many governments around the world are artificially propping up coal power with incentives and underwriting new plants. Governments are either giving subsidies to the industry or passing the cost down to consumers, as The Guardian reported.

Institutional investors have started to run away from coal since it is not returning the profits it once did. Furthermore, the capital recovery period for new investments in coal plants is usually 15 to 20 years, making it a risky investment when cleaner, cheaper and more efficient power generation is starting to flood the market, as Reuters reported.

Reuters also noted that ditching coal is a mandatory step to putting a stop to global heating. According to a major UN report in 2018, the share of coal power in electricity generation needs to fall to under 2 percent by 2050 for global warming to stay within a 1.5 degree Celsius limit.

The new report echoed the UN’s findings, noting that keeping global warming within a 1.5 degree Celsius limit, to avoid the worst impacts of the climate crisis, means coal use to generate electricity will have to fall by 80 percent from 2010 to 2030 around the world. Essentially, one coal plant has to shut down every day until 2040, the report said, as The Independent reported.

The Carbon Tracker report found that if the coal market were deregulated, market forces would drive it out of existence, as renewable energy developers would capitalize on the growing price gap.