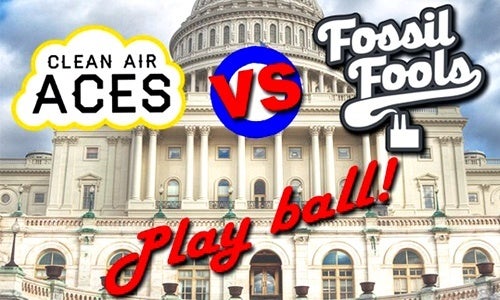 Spring time means baseball season for so many—a nice evening out at the ballpark with a hot dog, peanuts and a cold beverage. We all love a home run, except when it’s against our team, of course. So we here at the Sierra Club decided to mix baseball and politics to make it clear just who’s playing on the polluters’ team and who’s on the side of clean air and clean water protections. 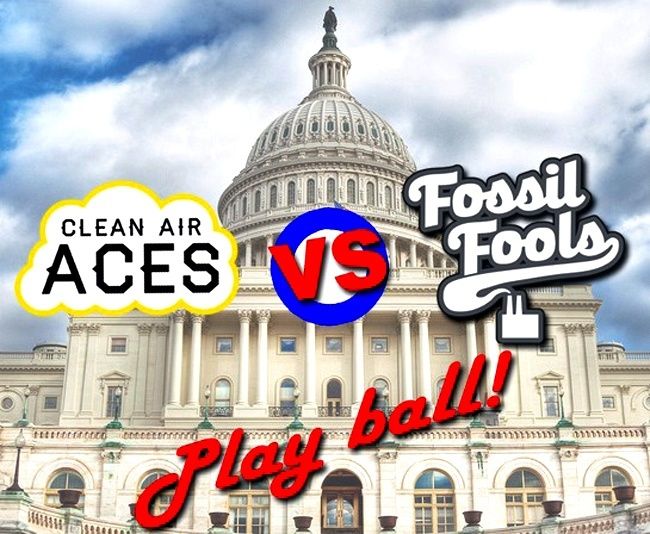 In “Scouting the 114th Congress: Polluters Are Out Of Their League,”  we scout the best in Congress. We’ve even made individual baseball cards for the senators featured in the report to make it clear which team they’re playing for. The season in Washington is young, but we’ve already seen way too many attacks on our clean air and clean water, as big polluter-backed politicians are throwing beanballs at critically important public health safeguards meant to protect our families and our communities.

After all, poll after poll shows that Americans from both red and blue states didn’t vote for dirty air, dirty water or dirty energy last November. Unfortunately, since then members of Congress have cast lots of votes that could threaten our air, water and climate—so we’re breaking down the box scores with this new report.

Half the fun of baseball is getting to spend time outdoors (you can guess that we’re not big fans of domed stadiums), but what’s the point when the air is too dangerous to breathe or the water in the dugout is contaminated? Fossil fuel companies and their political allies aren’t good sports, and they’re pushing an agenda that lets them pollute with impunity. If they had their way, asthma inhalers might end up being part of the uniform for little leaguers across the country.

Here’s what a win for American families would be: communities that are safe, healthy places where we can live and raise our children, with clean air and clean water, and free from the dangers of toxic pollution—but the pro-polluter agenda of the new Republican-led Congress is blocking the plate.

Senators were divided into teams: The Fossil Fools, sponsored by big polluters and going to bat for dirty fuels, dirty air and dirty water every game; the Clean Air Aces, who are lining up with the American public to score the clean energy, clean air and climate action that our families and communities deserve; and finally, those players that are on the radar, who we’re watching because they aren’t firmly in either team’s dugout just yet.

Check out our special scouting report for the 114th Congress, see how your Senator’s playing and who has been sponsoring their work in the big leagues, and find out what you can do to help win the game for healthy families and a healthy planet.

Cleveland Rocks: From ‘Mistake on the Lake’ to ‘Green City on a Blue Lake’