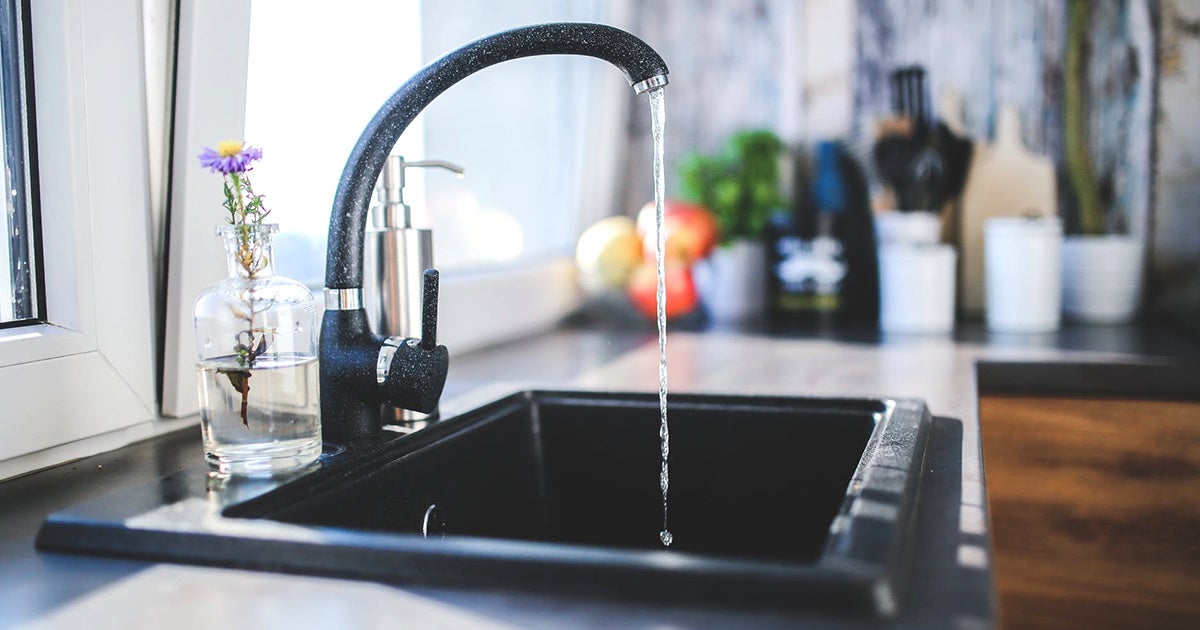 The family of fluorinated compounds known as PFAS chemicals includes more than 4,700 chemicals—some linked to cancer, thyroid disease, weakened immunity and developmental defects, and others whose health effects are unknown. One thing’s for sure: You don’t want them in your body.

Drinking water is one of the most common sources of exposure. PFAS chemicals could contaminate the drinking water for 110 million Americans nationwide. The Environmental Working Groups’s (EWG) interactive map shows areas of known contamination. If you know or suspect these chemicals are in your tap water, the best way to protect yourself is by installing an in-home water filter. But which kind?

Based on information from state health agencies, testing labs, scientific researchers and water filter companies, the most effective choice for in-home treatment of PFAS-tainted tap water is a reverse osmosis filter, followed by an activated carbon filter—a slightly lower-cost option. 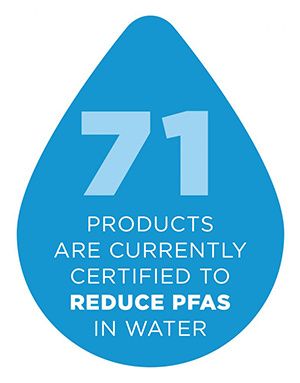 But many questions remain unanswered. More research is urgently needed to better understand how to ensure removal of the many types of PFAS compounds. To help with your choice, below are details of what is currently known.

Disclaimer: EWG is not recommending any specific brand of filter and cannot guarantee that a filter’s performance will match the results reported below.

The U.S. Environmental Protection Agency (EPA) has set a health advisory level for the two most-studied PFAS compounds in drinking water—PFOA, formerly used to make DuPont’s Teflon, and PFOS, formerly an ingredient in 3M’s Scotchgard. The advisory level is 70 parts per trillion, or ppt, for the two chemicals combined. But the best and most current scientific research says that’s much too high, and the EPA’s advisory level is not legally enforceable.

That’s why some states with extensive PFAS drinking water contamination are taking steps to set more health-protective limits or advisory levels. For example, New Jersey has set a legal limit of 13 ppt for perfluorononanoic acid, or PFNA, and proposed enforceable limits of 14 ppt for PFOA and 13 ppt for both PFOS. Other states such as Washington, Michigan, and North Carolina are conducting additional testing to further evaluate the extent of contamination in drinking water.

Some of these states have issued recommendations for water filters to remove PFOA and PFOS, including:

Guidance and factsheet documents from these states recommend two types of filters for removing PFAS chemicals: activated carbon and reverse osmosis. The states provide information on the pluses and minuses of the two types, and tips on how to maintain them to ensure effective filtering. They also compare the two types of filter installations: “point of use,” which are installed under the kitchen sink or in the refrigerator, and “point of entry,” which treat the water for the whole house.

In communities with the worst contamination, such as in Minnesota or Michigan, whole-house filtration is often used. It is effective, but expensive in comparison to point-of-use filtration and may not be necessary in most cases. Further, since whole-house systems also remove chlorine, they may introduce additional risks of harmful bacterial growth in plumbing.

NSF International, a testing and certification company, developed a certification standard for removal of PFOS and PFOA in 2016. The certification requires that the filter reduce these two chemicals only to EPA’s health advisory level of 70 ppt. Currently, 71 products from seven manufacturers are certified to meet this standard.

However, drinking water can contain other PFAS chemicals, sometimes at higher levels than PFOS and PFOA. PFOS and PFOA, which are now banned, are called ‘long-chain’ compounds because they have eight carbon atoms, while the chemicals that have replaced them are called ‘short-chain’ compounds because they have fewer carbon atoms. While similar, these so-called “next-generation” compounds have different molecular structures, and the effectiveness of filters certified for PFOS and PFOA for removal of replacement PFAS chemicals is unknown. 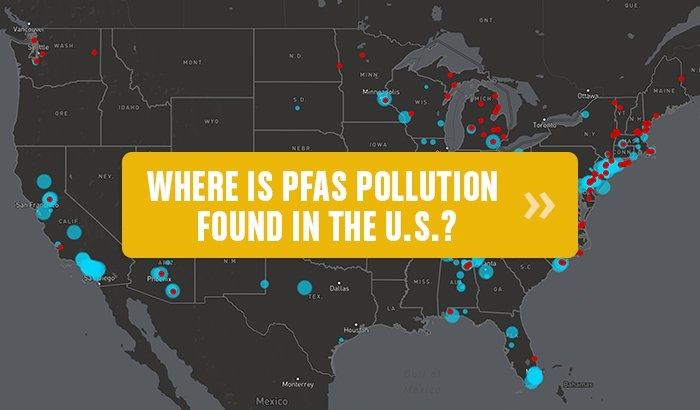 The study noted that for the carbon filters, the effectiveness of removal of PFOA, PFOS and another chemical, PFBA, decreased over operating life in five of the six filters tested in laboratory conditions. That means that users will have to replace the filters on the recommended schedule to ensure effective filtration of PFAS chemicals.

In 2017, Minnesota released the results of a study for a faucet-mounted carbon filter made by PUR. The filter was tested for seven PFAS chemicals typically seen in groundwater in Washington County in Minnesota. The state concluded that this low-cost filter could be used to effectively reduce PFAS contamination. Six of seven contaminants including PFOA and PFOS were removed below the reporting limits of 5 and 10 ppt, respectively, achieved in the 2017 study. In contrast, levels of the shorter chain PFBA were only reduced by 75 percent.

Last year, Knappe told the Star News of Wilmington, N.C. that an under-sink reverse osmosis filter was probably the best choice for home treatment. He said it’s not only effective, but its continued effectiveness can be easily verified with an electrical conductivity tester, an inexpensive tool that people can use at home.

Detailed testing results were publicly presented in 2017 for four under-sink reverse osmosis filters and one whole-house activated carbon filter. These filters that were tested for removal of a dozen PFAS chemicals, including both long-chain and short-chain compounds.

One whole-house activated charcoal filter from Aquasana was tested. It provided no reduction of PFAS levels. In contrast, an activated carbon filter made by Hydroviv delivered results similar to the reverse osmosis filters.

EWG surveyed 51 water filter companies to find out about their filters’ capabilities to remove PFAS. We heard back from 14 companies, but only four of them verified that their filters remove any PFAS chemicals.

Only Berkey provided EWG with test data for their carbon filters, which reported removal of nine PFAS chemicals, including PFOA and PFOS, all below the detection limit of 2 ppt. However, only 25 gallons of water were filtered, instead of the recommended 6,000 gallons to measure lifetime efficacy. Aqua Systems and Triple Clear stated that removal for their products was only to the EPA advisory levels and Crystal Quest reported that removal was variable.