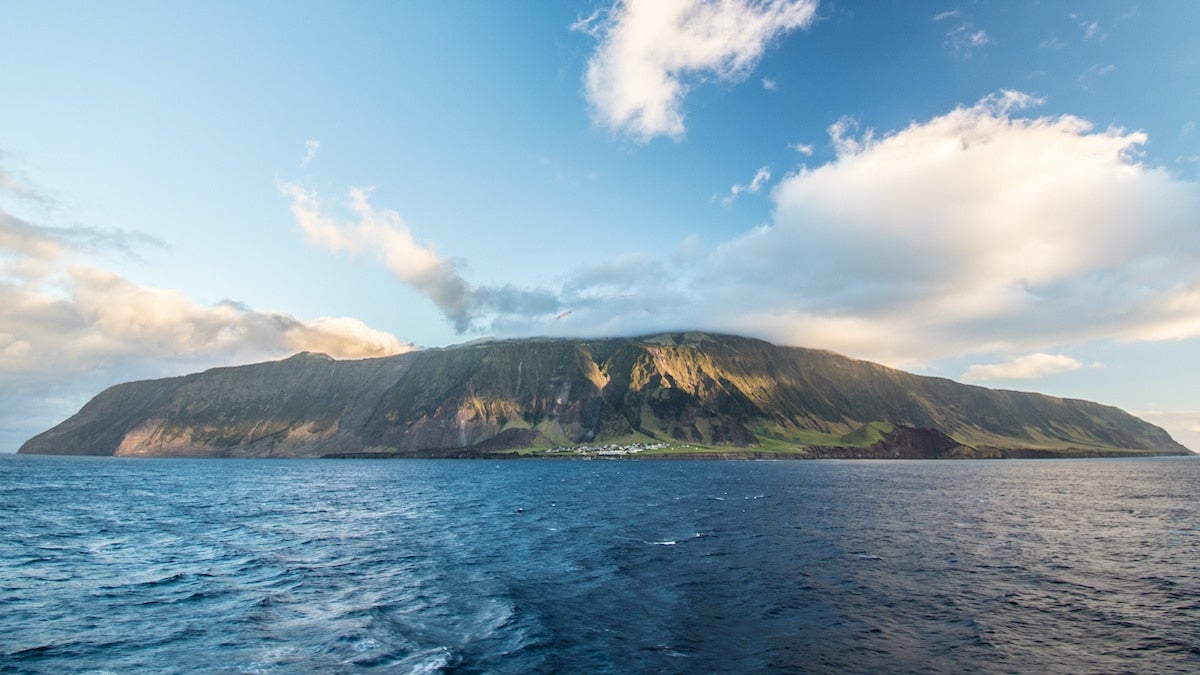 In the South Atlantic Ocean, a tiny island of 250 people has made a significant contribution to global marine conservation by protecting a huge swath of ocean under its control.

To reach Tristan da Cunha, a UK overseas territory, one must make a seven-day boat trip from South Africa, reported National Geographic. The island chain recently announced that 700,000 square kilometers (270,271 square miles), or 90% of its territorial waters, will be designated as a large marine protected area (MPA) to safeguard the area’s rich biodiversity and endangered animals, The Guardian reported. At that size, it will be three times the size of Britain, the largest marine sanctuary in the Atlantic and the fourth largest in the world, providing refuge to sevengill sharks, whales and seals, AP News continued.

The new wildlife refuge will be a “no-take” zone, baning bottom-trawling fishing, deep-sea mining and other harmful and extractive harvesting from its waters, National Geographic reported. This will also protect the foraging grounds of tens of millions of seabirds that roost on the island, such as endangered Tristan and yellow-nosed albatross, Atlantic petrel and rockhopper penguins. Critically, these protections will bolster the small Tristan Rock Lobster commercial fishery outside the sanctuary, which is the territory’s most important source of income, AP News reported. This luxury crayfish is sold to the U.S., Europe, Japan and China.

Experts believe that MPAs are a “silver bullet for conservation,” Earth.org noted. The World Economic Forum (WEF) found that MPAs worldwide protect food supplies by leading to larger catch yields through “spillover,” where fish from protected areas reproduce and enter fishing hotspots in greater abundance. Expanding the current network of protected areas by just 5% could boost global fish catch by at least 20%, the WEF asserted.

The program continues to inch closer to the global target of protecting 30% of the world’s oceans by 2030. Scientists believe that this is the minimum required percentage of protected habitat to preserve biodiversity and safeguard ecosystems and their functions. According to National Geographic, roughly 8% of the world’s oceans are currently designated as MPAs, but only 2.6% are totally off limits to fishing.

Johnson said, “We need collective global action if we are to bequeath a world that is every bit as wonderful and magnificent as the one we inherited,” reported The Guardian.

According to Earth.org, the UK holds a duty to protect wildlife found in all its territories and will take charge of monitoring and enforcement within the new MPA. This is especially important because the nearest habitation, Saint Helena, is 2,400 km away. Through the Blue Belt Programme, Tristan da Cunha will receive more resources to patrol for illegal fishing activity. Earth.org reported.

The Pew Bertarelli project, which promotes the creation of marine reserves around the world, also committed to help the archipelago protect its waters with technology that uses real-time data to evaluate ocean conditions and human activity such as fishing, AP News reported. The project is a joint venture of the Pew Charitable Trusts and the Bertarelli Foundation.

“This small community is responsible for one of the biggest conservation achievements of 2020,” Beccy Speight, chief executive of the Royal Society for the Protection of Birds (RSPB) told AP News. “This will protect one of the most pristine marine environments on the planet.”

James Glass, the territory’s chief islander, said in a statement, “Our life on Tristan da Cunha has always been based around our relationship with the sea, and that continues today. That’s why we’re fully protecting 90% of our waters, and we’re proud that we can play a key role in preserving the health of the oceans,” reported AP News.

While the British government lauded the effort and called on other governments to take similar action to meet the ambitious 30%, some critics were not impressed. They noted the hypocrisy of encouraging others to act when the UK allows bottom-trawling in all but two of its domestic offshore MPAs, in another Guardian article.

Jonathan Hall, head of UK overseas territory unit at the RSPB, told Earth.org, “We should also be looking at protecting UK waters. The contrast is stark. We have this small community that is showing leadership in protecting their waters, but there have been lots of examples this year where more effective management of our existing protected areas is needed.”