Regeneration Stories in Scarred Times: My Son, Our Planet 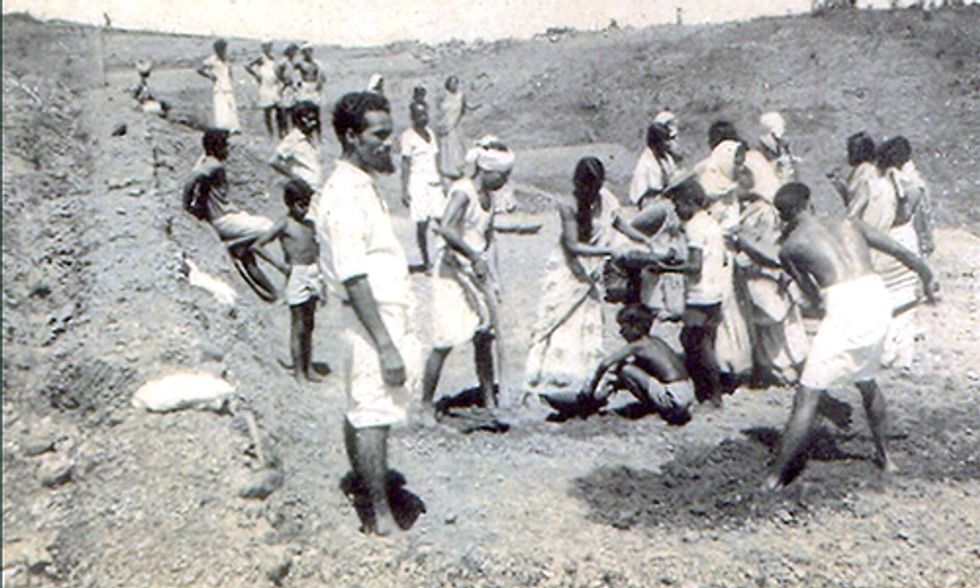 Ever since my son was diagnosed with a rare ocular syndrome and retinal scarring last winter, I have found myself returning to the promise of regeneration—in our stories, our health and our ecosystems.

When it comes to our health, the potential for regenerative medicine seems to be growing. I have plowed through reams of scientific studies in stages of despair and encouragement that this growing field may hold hope for “regenerating damaged tissues and organs in the body," according to the National Institutes of Health, "by stimulating previously irreparable organs to heal themselves."

But my son Massimo’s future depends not only on these huge investments in regenerative medicine; his generation needs a similar investment in regenerating our ravaged ecosystems. Facing the silent tsunamis of climate change and environmental destruction, my son’s planet is as scarred and imperiled as his sight.

In a way, my total focus now on dealing with such damage goes back further than the diagnosis. My son was born four months after the tsunami that hit the Indian Ocean in 2004.

Only days after the tsunami struck, I stood on a scarred beach on the tip of South India. Broken parts of lives and communities and landscapes, no longer coherent, were strewn in a way that seemed beyond rebuilding. The same shores I once saw from the plane, cloaked by palms, were literally swept away.

And yet, after visiting Mitraniketan, a "village regeneration" project in the nearby western Ghat hills on the Tamil Nadu-Kerala border, which had transformed a once deforested and impoverished community into a sustainable tropical forest village, I could not imagine any other place on Earth that curried the still small possibility of hope for renewal.

This small possibility of hope has sent me back to reconsider what I discovered in India.

More than a half century ago, Nobel laureate Rabindranath Tagore spoke of the power of stories as one the main ways for the "regeneration of the Indian people," in a post-colonial nation, to "educate them out of their trance."

Nearly ten years ago, I broke from that "trance" on the devastated beaches of India by hearing the stories of how Mitraniketan brought its vibrant forests and community health back to life.

Inspired by Tagore’s belief that the “source of regeneration, material and intellectual, is in the forest,” Mitraniken emerged in 1956 from the efforts of a small group of determined children and Dalit (or lower caste) villagers in the Western Ghat hills of Kerala to begin the long process of healing and “calling back the soil,” and adapting modern science with traditional ways to reclaim and replant indigenous trees and sustainable agricultural plots. In the process, they embraced community and forest-centered education ideas as part of a larger cultural movement to regenerate villages that had been written off as hopeless wastelands.

Ever since my trip, this photo of despair and determination on the deforested hillsides surrounding Mitraniketan in 1957 has sat on my desk as a reminder of the parable of regeneration in the most discouraging of times.

My son's health predicament has shaken me out of a similar trance today—on many different levels.

In the last year, I have held my son's hand on the banks of the Mississippi River, as we watched his native state of Illinois teeter on the extreme edges of climate change from a prolonged drought that brought the nation’s greatest river to record low depths to an emergency state for spring flooding.

Earlier this spring, we stood in the ruins of a reckless strip mine in a rare stand of old growth forest only 15 minutes from his birthplace in western Illinois that was recently granted a new permit, despite racking up over hundreds of Clean Water Act discharge violations into nearly waterways.

Just like in India, I believe a key part of protecting my son's health is in defending his native forests, as Tagore admonished, as the source of regeneration and its “diverse processes of renewal of life,” and in finding success stories of regenerative medicine and environmental renewal.

By nature, I think writers understand the role of regeneration in storytelling. In many respects, I consider our narrative work a literary process of recovery; the challenge of unearthing, exposing and shedding light on stories that give new life to historical realities considered to be lost or damaged.

Trauma narrative and storytelling play a huge role in that process of recovery—of returning to new, albeit changed, lives.

If we look more deeply into our literary traditions, in fact, the narrative act has always defined the profound and at times dangerous role of renewal. As a penalty for bringing fire to humanity, Prometheus is chained to a rock in Greek mythology, where he watches in agony as his liver regenerates every night, only to be devoured by eagles.

A modern-day update on that story: The Monash University's Australian Regenerative Medicine Institute put out a paper earlier this year on the role of immune cells in the salamanders’ ability to regenerate arms and legs. The Institute’s researcher optimistically called it a “smoking gun” to “tweak the human wound-healing scenario.”

“At the day's end, thou shalt see my scars and know that I had my wounds and also my healing,” Tagore wrote.

As I move forward as a writer, and as a father, my only hope now is that regeneration stories, like regenerative medicine, will continue to show ways our damaged health and ecosystems can heal themselves.