Could Plastic-Free ‘Reef Cubes’ Help Save the Ocean? 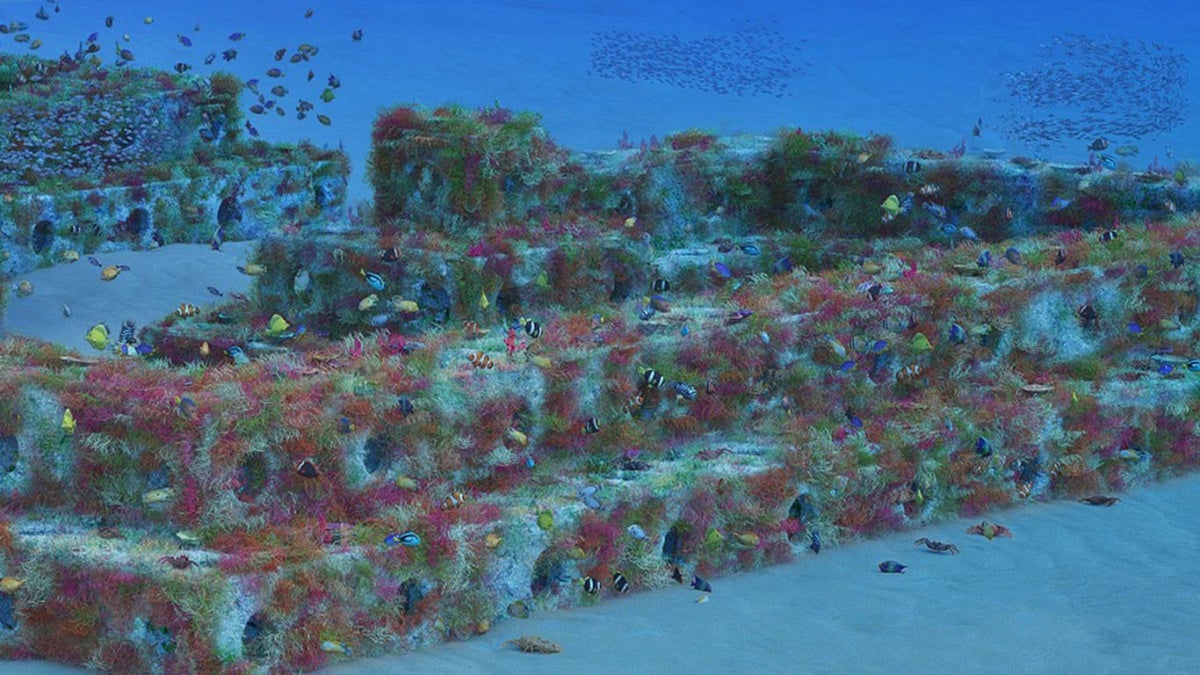 Engineers often use undersea concrete “mats” composed of large blocks to protect the bottom of these towers on the seabed. There are 40,000 of them in the waters around the UK alone.

Wind farms are an important part of our transition to a low-carbon economy. But many of the concrete defenses submerged to protect them contain plastics and are considered by environmental groups to be marine litter. This often needs to be removed, recycled or disposed of.

So one start-up has developed an alternative. ARC Marine’s reef cubes are made from recycled aggregate and sand that is a byproduct of the quarrying industry. The company says this reduces carbon emissions by 90% compared to the processes used to make common types of cement.

The cubes interlock, leaving larger living spaces for fish, crabs and lobsters, and their porous surface is designed to allow marine plants to establish easily and grow. The aim is for these alternative reefs to protect vital offshore installations from storms and erosion while also encouraging marine biodiversity. 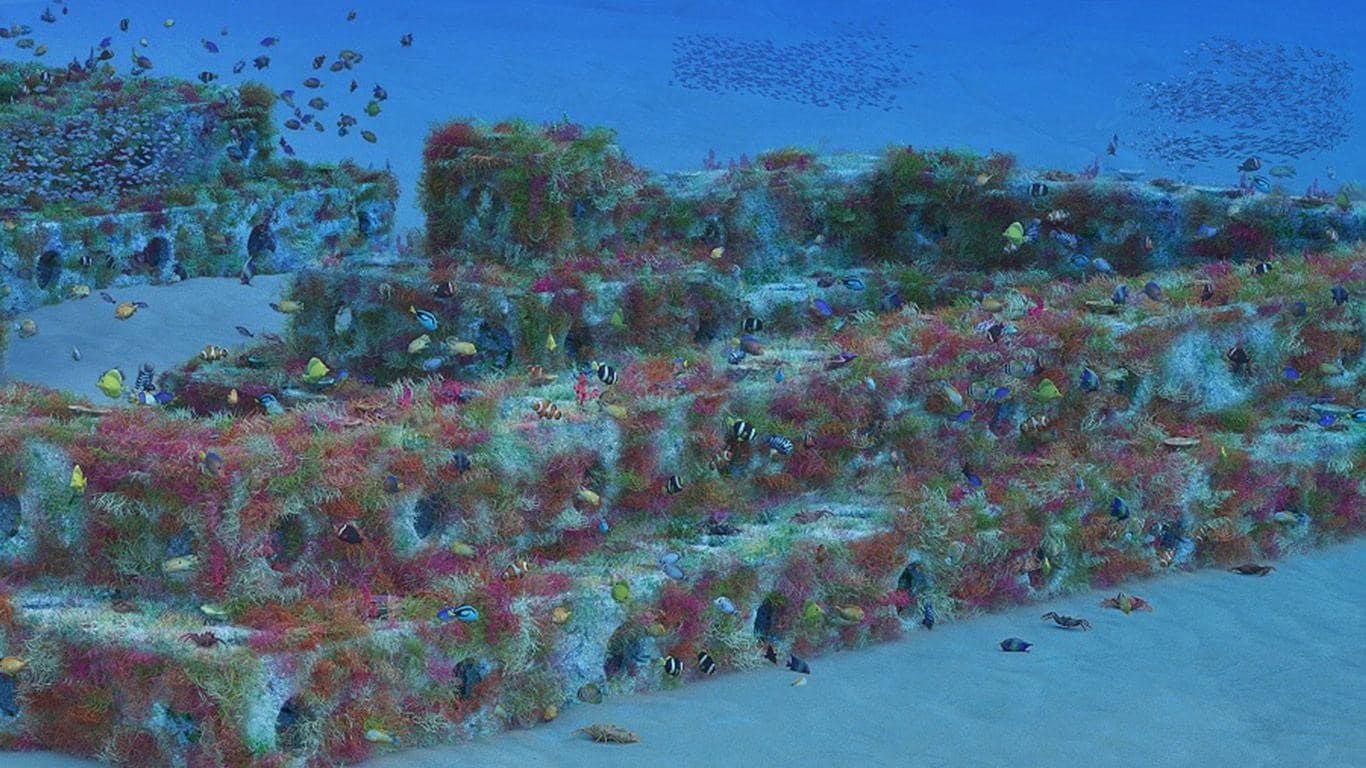 The cost of removing the existing concrete mats is estimated at million for each gigawatt of a wind farm’s output, according to ARC Marine. Reef cubes are designed to be left in place even after a farm has been decommissioned.

The company says the cubes will also help to restore marine habitats devastated by human impacts on the environment.

It’s an urgent problem. Around 70% of coral reefs are under threat, while rock reefs also suffer from damage due to practices like trawling and dredging. The United Nations warns that half of all marine species could be on the brink of extinction by the end of this century. 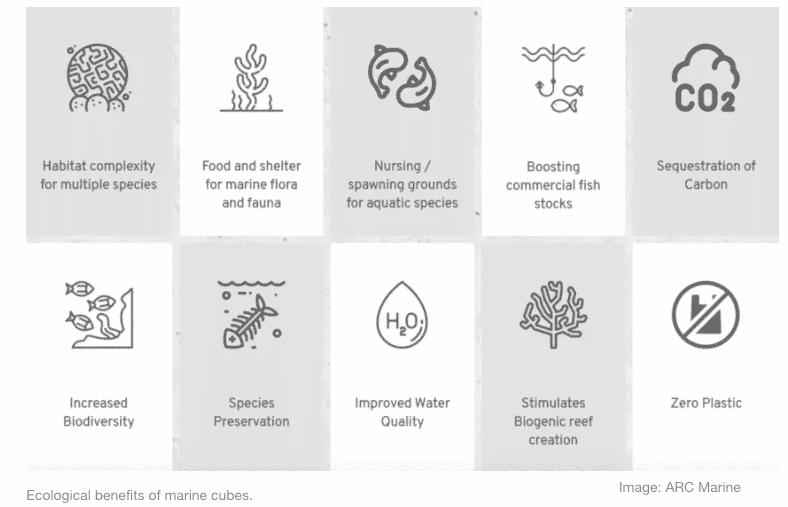 Tom Birbeck, CEO and founder of ARC Marine, calls the reef cubes “building blocks for the ocean” and says they were inspired by the belief that every offshore and coastal project can have a positive impact on ocean health. The company adds that it can help with meeting five of the UN’s Sustainable Development Goals – primarily goal 14: conserving life below water.

“Reef cubes accelerate reef creation and help repair ecosystems that have been destroyed from centuries of bottom trawling and dredging,” he says.

By restoring the marine environment, the cubes can also encourage sustainable fishing and eco-tourism, he says. And if coupled with a ban on trawling in areas where they are submerged, they could help fish stocks to recover.

The team behind the cubes was shortlisted for the 2020 Offshore Achievement Awards – often dubbed “the offshore Oscars” – for their work on the project.