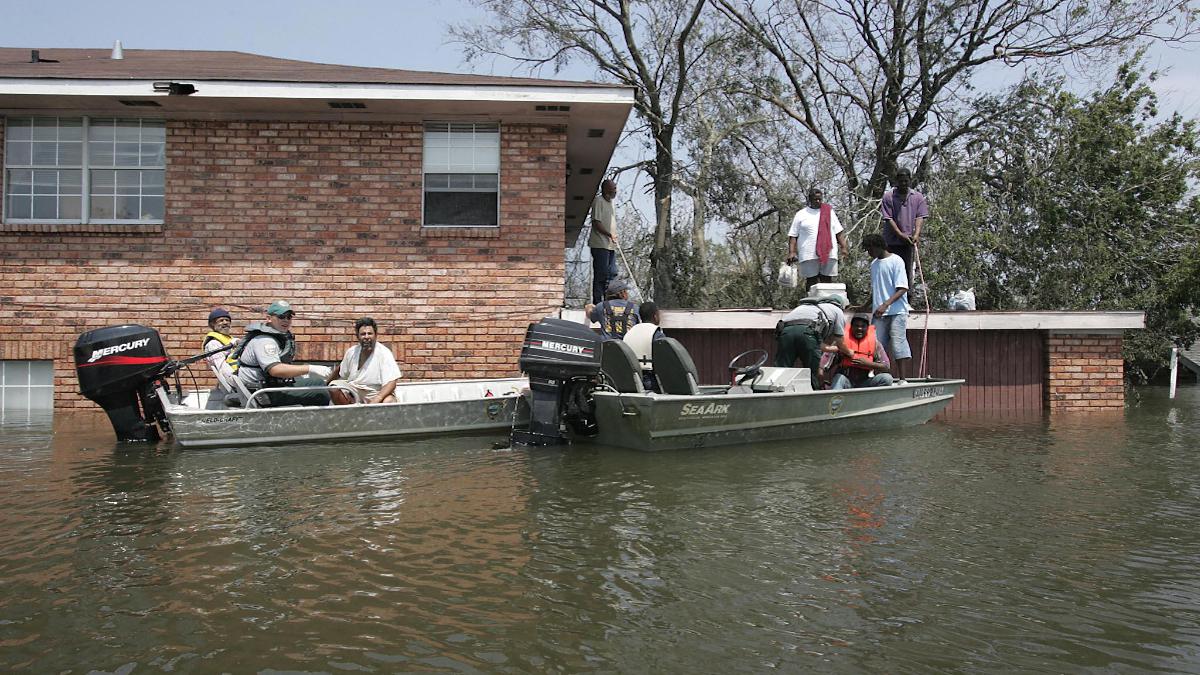 Residents are rescued amid flood waters following Hurricane Katrina on Aug. 30, 2005 in New Orleans, Louisiana (not included in the study). JAMES NIELSEN / AFP via Getty Images

Homes in redlined neighborhoods are 25% more likely to be flooded, according to a report from the real estate firm Redfin.

Climate change, caused by burning fossil fuels like gas, oil, and coal, is increasing U.S. flooding risk, and the report is yet another example of the compounding harms caused by racism and climate change. Overlaying current flood risk assessments with maps of which neighborhoods were excluded from public investment via New Deal-era programs because of their high Black and immigrant populations — the racist practice known as redlining for the color in which those neighborhoods were delineated on federal maps — shows how the effects of those racist policies persist today.

“The discrimination that happened in the past may seem like it happened a long time ago, but it compounds,” Redfin chief economist Daryl Fairweather told CNN. “It’s not like the historical practices that were discriminatory diminished in effect. It seems like they actually increase in effect.” The populations of redlined areas today are 58.1% Black, Indigenous, and people of color compared to 40.4% in places deemed desirable by lenders, the report found. The report comes as E&E reports FEMA is beginning to evaluate not just how disasters disproportionately burden low-income people and people of color, but how disaster response has exacerbated those inequities.

The study’s authors pointed to a number of examples where communities of color suffered the most from storms.

When Hurricane Katrina hit New Orleans in 2005, four of the seven zip codes with the costliest flood damage were at least 75% Black, it said.

And as sea levels rise and flooding becomes more common – with 2020 a record-breaking year for Atlantic hurricanes – there are concerns that financial institutions like banks and insurers will raise costs for the worst-affected households.

Jesse Keenan, associate professor of real estate at the Tulane School of Architecture, calls this “bluelining.”

Much like redlining, he told the Thomson Reuters Foundation, institutions could begin drawing their own lines around neighborhoods at environmental risk, dictating the terms and availability of mortgages.

Therefore, he said, federal investment in infrastructure is urgently needed to help mitigate these risks.