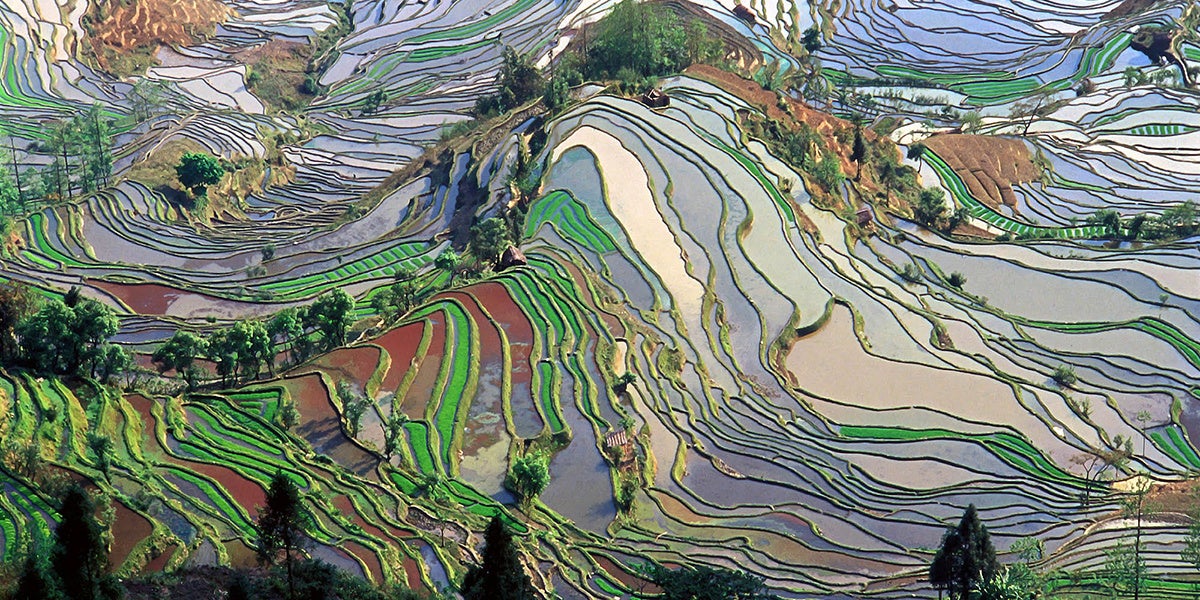 What do all these ideas have in common—a tax on carbon, big investments in renewable energy, a livable minimum wage and freely accessible healthcare? The answer is that we need all of them, but even taken together they’re utterly insufficient to redirect humanity away from impending catastrophe and toward a truly flourishing future.

That’s because the problems these ideas are designed to solve, critical as they are, are symptoms of an even more profound problem: the implicit values of a global economic and political system that is driving civilization toward a precipice.

Even with the best of intentions, those actively working to reform the current system are a bit like software engineers valiantly trying to fix multiple bugs in a faulty software program: each fix complicates the code, leading inevitably to a new set of bugs that require even more heroic workarounds. Ultimately, it becomes clear that the problem isn’t just the software: an entirely new operating system is required to get where we need to go.

Searching for a Foundation of Meaning

This realization dawned on me gradually over the years I spent researching my book, The Patterning Instinct: A Cultural History of Humanity’s Search for Meaning. My research began as a personal search for meaning. I’d been through a personal crisis when the certainties on which I’d built my early life came crashing down around me. I wanted my life going forward to be truly meaningful—but based on what foundation? I was determined to sort through the received narratives of meaning until I came across a foundation I could really believe in.

My drive to answer these questions led me to explore the patterns of meaning that different cultures throughout history have constructed. Just like peeling an onion, I realized that one layer of meaning frequently covered deeper layers that structure the daily thoughts and values that most people take for granted. It was a journey of nearly ten years, during which I dedicated myself to deep research in disciplines such as neuroscience, history and anthropology.

Finally, I discovered that what makes humans unique is that we—to a greater extent than any other species—have what I call a “patterning instinct:” we are driven to pattern meaning into our world. That drive is what led humans to develop language, myth and culture. It enabled us to invent tools and develop science, giving us tremendous benefits but also putting us on a collision course with the natural world.

Each culture tends to construct its worldview on a root metaphor of the universe, which in turn defines people’s relationship to nature and each other, ultimately leading to a set of values that directs how that culture behaves. It’s those culturally derived values that have shaped history.

Early hunter-gatherers, for example, understood nature as a “giving parent,” seeing themselves as part of a large extended family, intrinsically connected with the spirits of the natural world around them. When agriculture first emerged about twelve thousand years ago, new values such as property, hierarchy and wealth appeared, leading early civilizations to view the universe as dominated by a hierarchy of gods who required propitiation through worship, ritual and sacrifice.

Beginning with the ancient Greeks, a radically new, dualistic way of thinking about the universe emerged, conceiving a split cosmos divided between a heavenly domain of eternal abstraction and a worldly domain polluted with imperfection. This cosmological split was paralleled by the conception of a split human being composed of an eternal soul temporarily imprisoned in a physical body that is destined to die. Christianity, the world’s first systematic dualistic cosmology, built on the Greek model by placing the source of meaning in an external God in the heavens, while the natural world became merely a desacralized theater for the human drama to be enacted.

The Christian cosmos set the stage for the modern worldview that emerged in seventeenth century Europe with the Scientific Revolution. The belief in the divinity of reason, inherited from the ancient Greeks, served as an inspiration for the scientific discoveries of pioneers such as Galileo, Kepler and Newton, who all believed that they were glimpsing “the mind of God.”

But the worldview that inspired these breakthroughs had a darker side. The Scientific Revolution was built on metaphors such as “nature as a machine” and “conquering nature” which have shaped the values and behaviors of the modern age. The entailments of a dualistic cosmos inherited from the Greeks have defined our received beliefs, many of which we accept implicitly even though they are based on flawed assumptions.

We are told that humans are fundamentally selfish—indeed even our genes are selfish—and that an efficiently functioning society is one where everyone rationally pursues their own self-interest. We accept technocratic fixes to problems that require more integrated, systemic solutions on the premise that nature is just a very complicated machine—one that is entirely separate from humanity.

The “selfish gene” is just one of the pervasive—and deeply flawed—metaphors of our modern age.

Continued growth in Gross Domestic Product is seen as the basis for economic and political success, even though GDP measures nothing more than the rate at which we are transforming nature and human activities into the monetary economy, no matter how beneficial or harmful it may be. And the world’s financial markets are based on the belief that the global economy will keep growing indefinitely even though that is impossible on a finite planet. “No problem,” we are told, since technology will always find a new solution.

These underlying flaws in our global operating system stem ultimately from a sense of disconnection. Our minds and bodies, reason and emotion are seen as split parts within ourselves. Human beings are understood as individuals separated from each other, and humanity as a whole is perceived as separate from nature. At the deepest level, it is this sense of separation that is inexorably leading human civilization to potential disaster.

Connectedness as a Foundation for Human Flourishing

However, the same human patterning instinct that has brought us to this precipice is also capable of turning us around and onto a path of sustainable flourishing. We have the capacity to build an alternative worldview around a sense of connectedness within the web of life—a sense shared by indigenous cultures around the world from the earliest times.

I’ve seen this idea disparaged as a New Agey, kumbaya-style mentality even by otherwise progressive thinkers. However, modern scientific findings validate the underlying connectedness of all living beings. Insights from complexity theory and systems biology show that the connections between things are frequently more important than the things themselves. Life itself is now understood as a self-organizing, self-regenerating complex that extends like a fractal at ever-increasing scale, from a single cell to the global system of life on Earth. 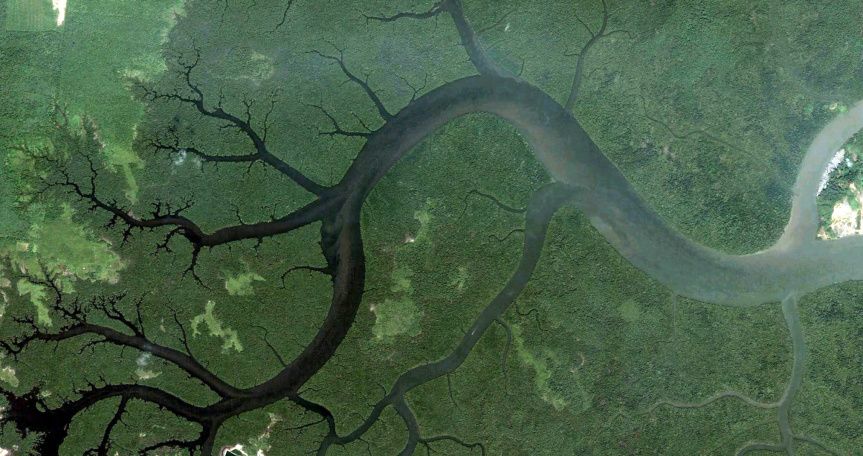 Human beings, too, are best understood not by their selfish drives for power but by cooperation, group identity and a sense of fair play. In contrast to chimpanzees, who are obsessed with competing against each other, human beings evolved to become the most cooperative of primates, working collaboratively on complex tasks and creating communities with shared values and practices that became the basis for culture and civilization. In the view of prominent evolutionary psychologists, it was our intrinsic sense of fairness that led to the evolutionary success of our species and created the cognitive foundation for crucial values of the modern world such as freedom, equality and representative government.

Just as the values of previous generations shaped history, so the values we collectively choose to live by today will shape our future. The cognitive patterns instilled in us by the dominant culture are the results of a particular worldview that arose at a specific time and place in human history. This worldview has now passed its expiration date. It is causing enormous unnecessary suffering throughout the globe and driving our civilization toward collapse.

Rather than trying to transcend what we are, our most important task is to peel away this received worldview, reach within ourselves to feel our deepest motivations as living beings embedded in the web of life, and act on them.

Jeremy Lent is author of The Patterning Instinct: A Cultural History of Humanity’s Search for Meaning, which investigates how different cultures have made sense of the universe and how their underlying values have changed the course of history. He is founder of the nonprofit Liology Institute, dedicated to fostering a sustainable worldview. For more information visit jeremylent.com.