Redefining Progress: How Well-Being and Happiness Depend on a Healthy Environment 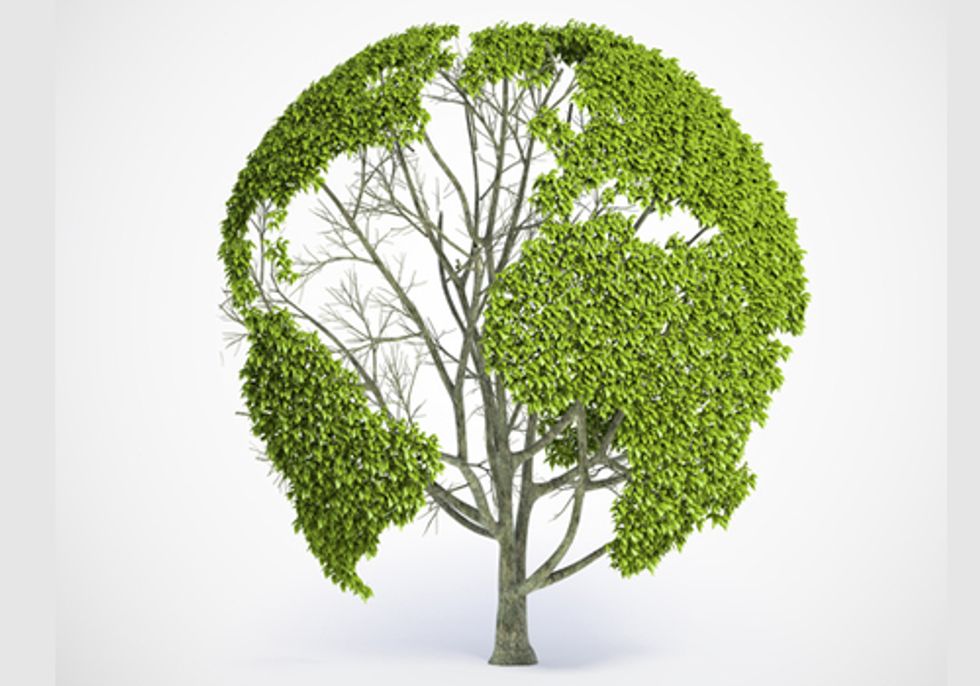 My parents lived through the Great Depression of the 1930s and were profoundly affected by it. They taught us to work hard to earn a living, live within our means, save for tomorrow, share and not be greedy, and help our neighbors because one day we might need their help. Those homilies and teachings seem quaint in today’s world of credit cards, hyper-consumption and massive debt.

Society has undergone huge changes since the Second World War. Our lives have been transformed by jet travel, oral contraceptives, plastics, satellites, television, cellphones, computers and digital technology. We seem endlessly adaptable as we adjust to the impacts of these new technologies, products and ideas. We only become aware of how dependent on them we are when they malfunction (work comes to a standstill when the network goes down) or don’t exist (when we visit a “developing country”). Most of the time, we can’t even imagine a way of living beyond being endlessly occupied with making money to get more stuff to make our lives “easier.”

But some people have had the benefit of directly comparing a simpler way with the accelerated societies we’ve created. In the mid-20th century, the tiny Kingdom of Bhutan, hidden deep in the Himalayas between China and India, emerged from three hundred years of isolation. In 1961, the third king of Bhutan started sending students to schools in India. From there, some went on to Oxford, Cambridge, Harvard and other universities. The first of their nation to encounter Western society after three centuries of separation, those young people clearly saw the contrast in values. Upon returning to Bhutan, they expressed shock that, in the West, “development” and “progress” were measured in terms of money and material possessions.

At a 1972 international conference in India, a reporter asked Bhutan’s king about his country’s gross national product—a measure of economic activity. His response was semi-facetious: He said Bhutan’s priority was not the GNP but GNH—gross national happiness. Bhutan’s government has since taken the concept of GNH seriously and galvanized thinking around the world with the notion that the economy should serve people, not the other way around.

In 2004, Crown Prince Jigme Khesar Namgyel Wangchuck, who became king in late 2006, said, “There cannot be enduring peace, prosperity, equality and brotherhood in this world if our aims are so separate and divergent—if we do not accept that in the end we are people, all alike, sharing the earth among ourselves and also with other sentient beings.”

In July 2011, Bhutan introduced the only resolution it has ever presented at the United Nations. Resolution 65/309 was called Happiness: towards a holistic approach to development. The country’s position was “that the pursuit of happiness is a fundamental human goal” and “that the gross domestic product...does not adequately reflect the happiness and well-being of people.” The General Assembly passed the resolution unanimously. It was “intended as a landmark step towards adoption of a new global sustainability-based economic paradigm for human happiness and well-being of all life forms to replace the current dysfunctional system that is based on the unsustainable premise of limitless growth on a finite planet.”

That empowered Bhutan to convene a high-level meeting. I was delighted when its leaders asked me to serve on a working group charged with defining happiness and well-being, and developing ways to measure these states and strategies. Prime Minister Jigmi Thinley even cited the David Suzuki Foundation’s “Declaration of Interdependence” as an inspiration for the proposal.

The Bhutanese understand that well-being and happiness depend on a healthy environment. They vow to protect 60 percent of forest cover in their country, are already carbon-neutral (they generate electricity from hydro) and have vowed to make their entire agriculture sector organic. They have snow leopards, elephants, rhinos, tigers and valleys of tree-sized rhododendrons—and know their happiness depends on protecting them.

The people of this tiny nation see that money and hyper-consumption aren’t what contribute to happiness and well-being. I’m proud to be part of the important initiative they’ve embarked upon, and look forward to the work leading up to a presentation to the UN by 2015.