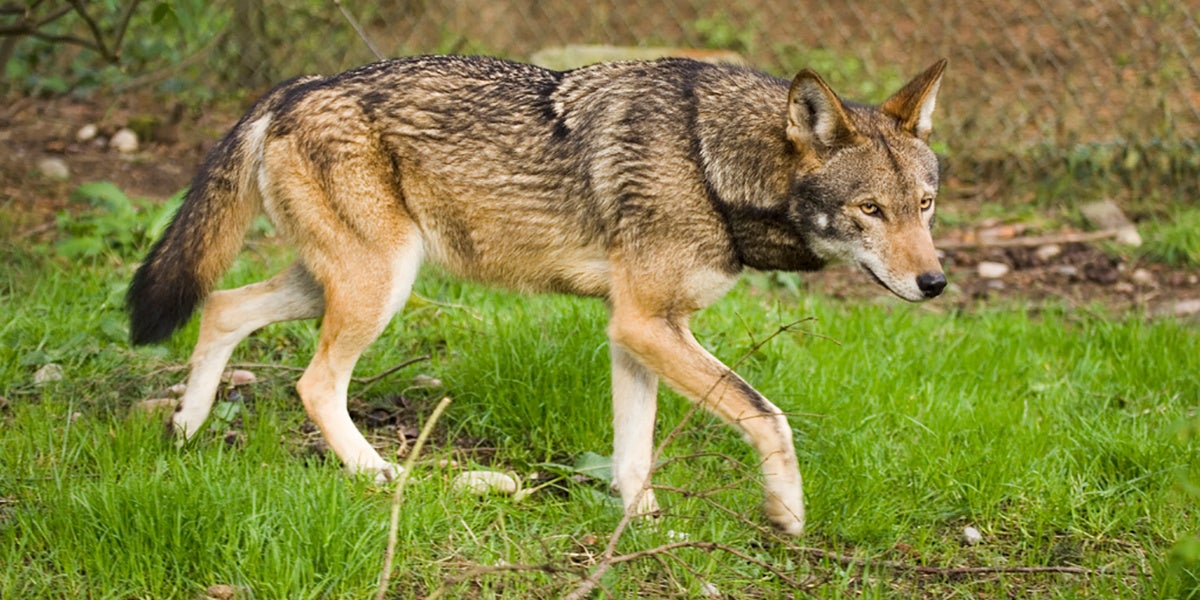 In April, The U.S. Fish and Wildlife Service (FWS) released a report saying that the only remaining wild population of red wolves, in eastern North Carolina, could go extinct within eight years. On Wednesday, the FWS published a proposal that seems likely to speed that process along.

The proposal would limit protected territory to public lands and remove restrictions on killing or harming wolves on private lands.

“We’re very disappointed in this plan,” Southern Environmental Law Center attorney Ramona McGee told The Washington Post. “It’s a plan that effectively dooms the red wolf in the wild. It’s not enough to sustain a population, and if they wander off that [refuge] they can be shot and killed the moment they cross that boundary.”

The FWS estimates there are approximately 35 red wolves left in the wild, a dozen of which live in the public lands that would be their only protected habitat under the new proposal: the Alligator River National Wildlife Refuge and the Dare County Bombing Range.

FWS employees said the new proposal was written in response to the decline in the red wolves’ population in the state.

“A recent Species Status Assessment informed us that past strategies were not effectively leading to recovery, so we believe that a concerted effort in a managed area will help,” FWS Principal Deputy Director Greg Sheehan said in the proposal announcement.

After being nearly wiped out from their territory spanning the Southeastern U.S. during the 20th century, a small population of captive red wolves were reintroduced to North Carolina in 1987. The population grew to 140 in the early 2000s before falling due to car and hunting accidents, leading wolves to begin breeding with coyotes. About 200 remain in captivity.

The FWS assistant director for ecological services in the Southeast, Leopold Miranda, said the thinking behind the new proposal was to protect the genetic integrity and wild behavior of a small population of red wolves while the FWS looked for a better place to grow a wild population.

“Success for me right now is to keep this smaller wild population as intact as possible,” Miranda said.

But conservationists disagreed that the proposal was best for the endangered species.

“We’re very frustrated that the agency has continued to ignore the will of the American people on the red wolf issue. In 2016 conservation groups worked together to deliver a petition with half a million names calling on the U.S. Fish and Wildlife Service to do more to save the red wolf,” Wildlands Network conservation scientist Ron Sutherland told The Washington Post.

The public will have a chance to have their say again during a comment period that begins Thursday and ends July 30. Comments can be posted on regulations.gov. There will also be a public meeting to discuss the proposal from 5:30 p.m. to 9 p.m. on July 10 at Roanoke Festival Park in Manteo, North Carolina