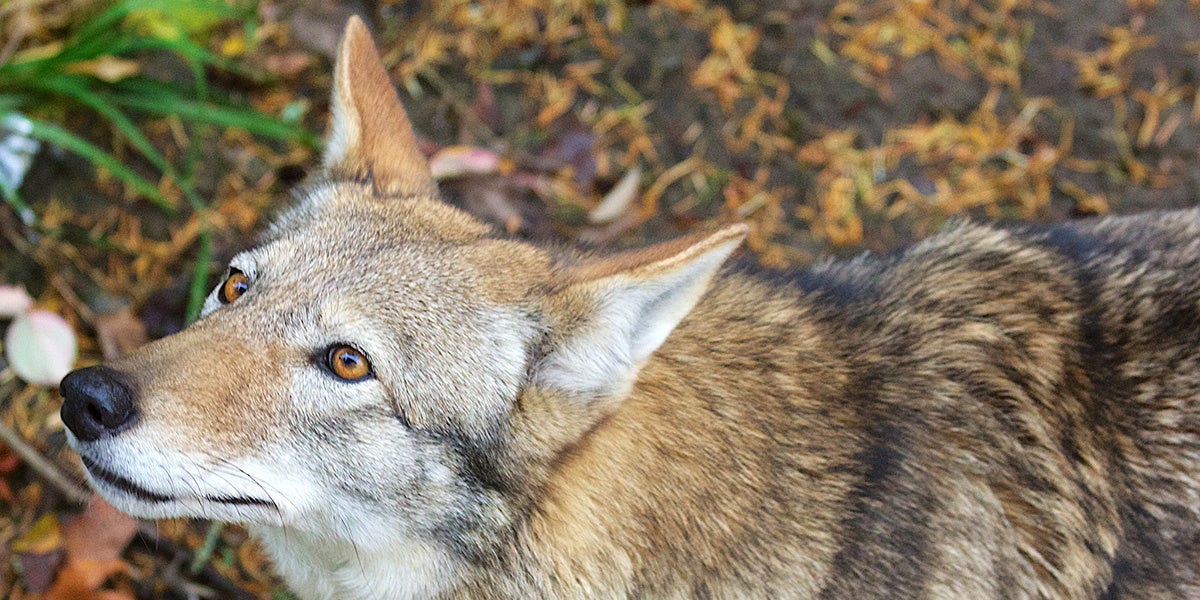 A Species Status Assessment (SSA) released by the U.S. Fish and Wildlife Service (FWS) Tuesday revealed that there are only 44 red wolves left in North Carolina, the only place they exist in the wild, and that they could go extinct within eight years.

The SSA was released along with a Five-Year Status Review, which the FWS undertakes for every species offered protections under the Endangered Species Act to determine if they should retain their endangered status. Given the population’s vulnerabilities, the FWS recommended that red wolves remain listed as endangered. According to the FWS website, red wolves are one of the most endangered wolf species in the world.

“Time is running out for red wolves. We need to move fast if we’re going to keep them from disappearing forever,” biologist and senior attorney at the Center for Biological Diversity Collette Adkins said in a press release. “For starters, we need immediate measures in place to stop people from killing them.”

The 2007 Five-Year Status Review found that there were 114 red wolves in the wild as of 2006. But the most recent status review said those numbers had gone down due to an increase in human-caused deaths from gunshots, car collisions, poisoning and illegal activity.

The SSA further explained how human-caused mortality was interacting with the spread of coyotes in North Carolina to threaten the population. When half of a breeding pair of wolves dies or is killed, the wolf left behind has to scramble for a mate and sometimes ends up breeding with a coyote, producing offspring that are no longer counted as red wolves. While there were four times the number of red wolf litters compared to mixed litters produced from 2001 to 2013, more than half of the hybrid litters came about because a red wolf lost its mate.

The SSA further pointed out that the habitat of red wolves on North Carolina’s Albemarle Peninsula is at risk of shrinking from sea level rise due to climate change.

In a sad twist, the status review also revealed that the red wolf’s range was historically more extensive than previously thought, extending from Edwards Plateau in Texas in the west, to the southern Midwest in the north, to southern Pennsylvania and southeastern New York in the east. 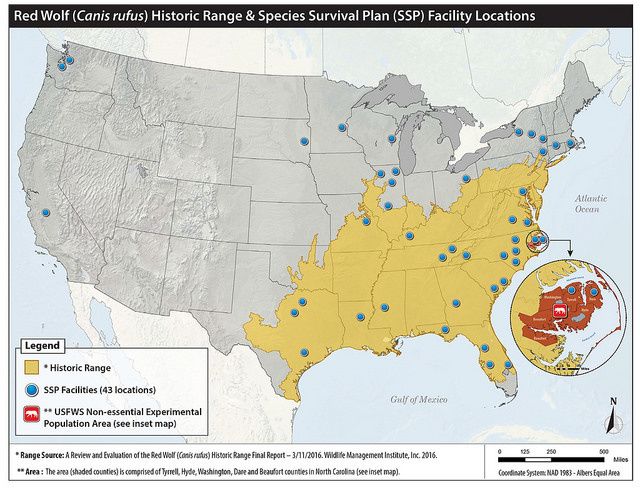 The historic range of the red wolf compared with its current habitat.Jose Barrios / USFWS

According to the FWS website, the red wolf was first listed as endangered in 1967 and declared extinct in the wild in 1980 due to habitat loss and predator control. The FWS found a surviving population along the Gulf Coast of Texas and Louisiana in the 1970s and captured many to start a captive breeding program. Red wolves were reintroduced into the wild in North Carolina in 1986. There is debate as to whether the red wolf is actually a separate species or a hybrid, something the FWS is working to determine within the year.

According to an FWS press release, there are currently more than 200 red wolves in captivity. The FWS will release new proposed rules for managing the wild population by the summer.