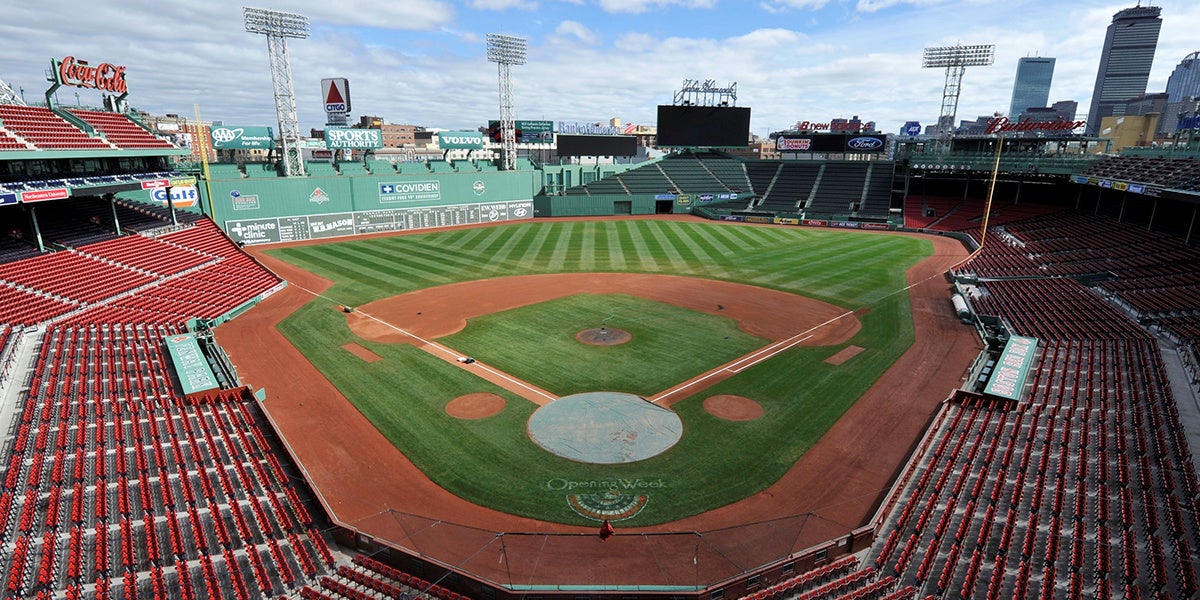 In their joint “Sox Go Green” campaign, Environment Massachusetts and MASSPIRG Students are specifically calling on the team to source 100 percent of the power it uses for Fenway Park, its Florida spring training facility and all other team operations from renewable energy.

The campaign is not at all antagonistic to the team, but rather urges the Red Sox to use their name recognition to inspire other Massachusetts institutions to take environmental action.

“As a lifelong Sox fan, I know how important this team is in the eyes of everyone who lives in Massachusetts,” MASSPIRG chapter chair and UMass Boston student Morganne McGuirk said in the press release. “If the Red Sox go 100 percent renewable, other businesses and institutions will undoubtedly follow their lead.”

Activists point out that if the Red Sox head their suggestion, they will be joining seven Massachusetts cities and towns and major state institutions like Harvard and Boston Universities, as well as 120 major companies including Google.

If the Red Sox agree, it would not be out of character for a team with a history of taking environmental actions.

They were the first Major League Baseball team to install solar thermal panels in 2008, which were used to heat water in Fenway Park. In spring of 2015, the they planted Fenway Farms, a rooftop garden over the third-base side of the park. Produce from the garden is used to prepare food sold at the stadium.

But the Red Sox are not alone among professional sports teams in taking action on environmental issues.

In March, the National Hockey League (NHL) announced plans to increase its environmental commitments over concerns that climate change would threaten the frozen ponds on which many of its players first learned to skate. The NHL said it would focus on reducing carbon emissions, supporting energy efficiency, and reducing waste and water use.

In the world of Football, the Philadelphia Eagles have 2,500 solar panels installed at their stadium.

The Red Sox main rivals, the New York Yankees, have also taken environmental action. Since the team’s new stadium opened in 2009, the team has used renewable energy certificates, which represent one megawatt-hour of renewable energy generated and delivered to the grid, for 100 percent of the stadium’s purchased energy.

“If I know anything about Boston, it’s that we don’t like to come in second to New York,” Environment Massachusetts State Director Ben Hellerstein said in the release. “The Red Sox should set their sights on winning the race to 100 percent renewable energy.”