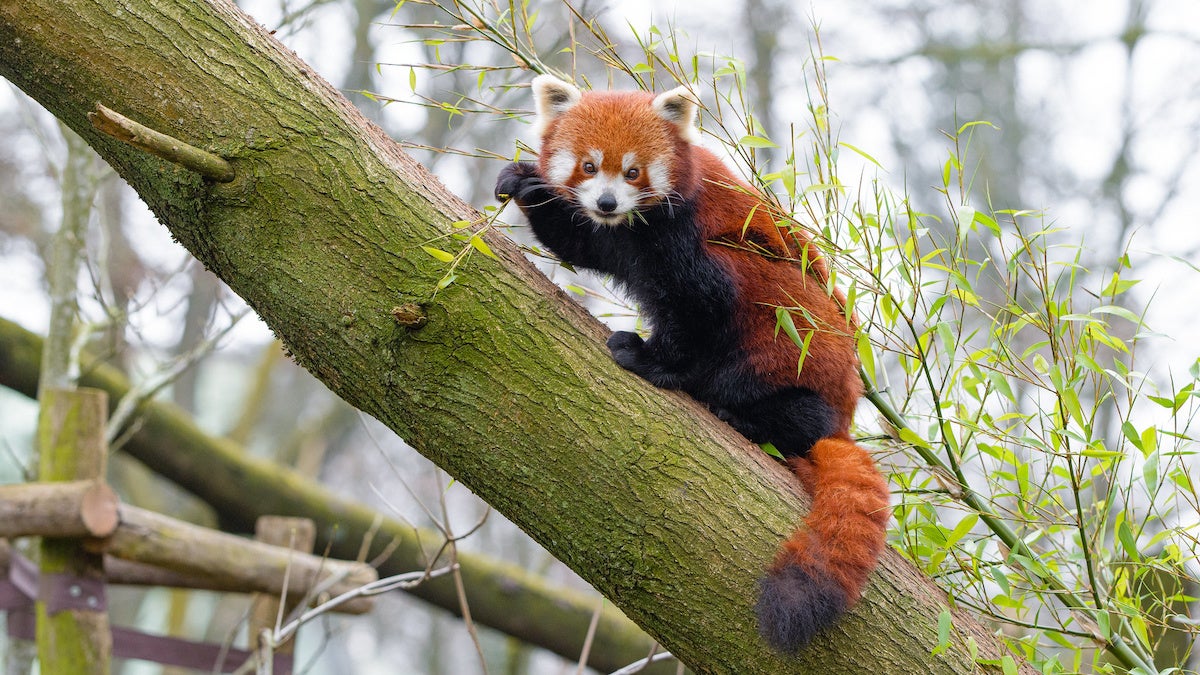 That’s the result of the first study to seriously examine the genetic evidence, published in Science Advances Wednesday. In addition to expanding general knowledge of the natural world, the findings have important conservation implications for the endangered species.

“Being two different species means conservation action plans can be specific to the two different species needs and requirements,” Moumita Chakraborty, a fellow at the Zoological Society of London conservation program EDGE, told BBC News. “Due to the fragmentation of their natural habitat, small numbers, and niche food requirements their number border on the brink of extinction.”

Scientists think they've helped settle a debate over one of the most endangered (and cutest) animals around: red pandas are really two different species pic.twitter.com/Ac5XzyuS9I

“The Himalayan red panda has more white on the face, while the face coat colour of the Chinese red panda is redder with less white on it. The tail rings of the Chinese red panda are more distinct than those of the Himalayan red panda, with the dark rings being more dark red and the pale rings being more whitish,” Chinese Academy of Sciences conservation biologist and lead study author Yibo Hu told Reuters.

Some scientists had thought previously they might be different species, but they did not have the genetic data to back up the hypothesis. Until now.

The researchers sequenced the genomes of 65 red pandas using DNA samples from red pandas in captivity or museum specimen, New Scientist reported. The magazine then explained what happened next:

Compared to Chinese red pandas, the Himalayan red pandas had 50 per cent fewer mutations in the single letters, or bases, that make up DNA across their whole genomes. Hu’s team also found that the haplotypes clustered together in different regions of the genomes of Himalayan and Chinese red pandas, and there were no shared Y chromosome variants between red pandas from the eastern Himalayas and those from Sichuan.

Hu said the findings were important because they would change how the species would be managed in captivity.

“To conserve the genetic uniqueness of the two species, we should avoid their interbreeding in captivity,” he said, according to Reuters. “Interbreeding between species may harm the genetic adaptations already established for their local habitat environment.”

However, Jon Slate of the University of Sheffield pointed out that the researchers had only sampled red pandas living in China’s Qionglai mountains and Nepal and India, not in Bhutan and Northern India.

What is undisputed is that red pandas are at risk from human activity. There are around 10,000 total in the wild, according to Reuters. And they are threatened by habitat loss, interbreeding and poaching, BBC News reported. In southwest China, they are illegally hunted for their fur, as hats from their bushy tails are considered good luck for newlyweds.