Unique Performance Space in Scotland Is Being Built With Recycled Pianos 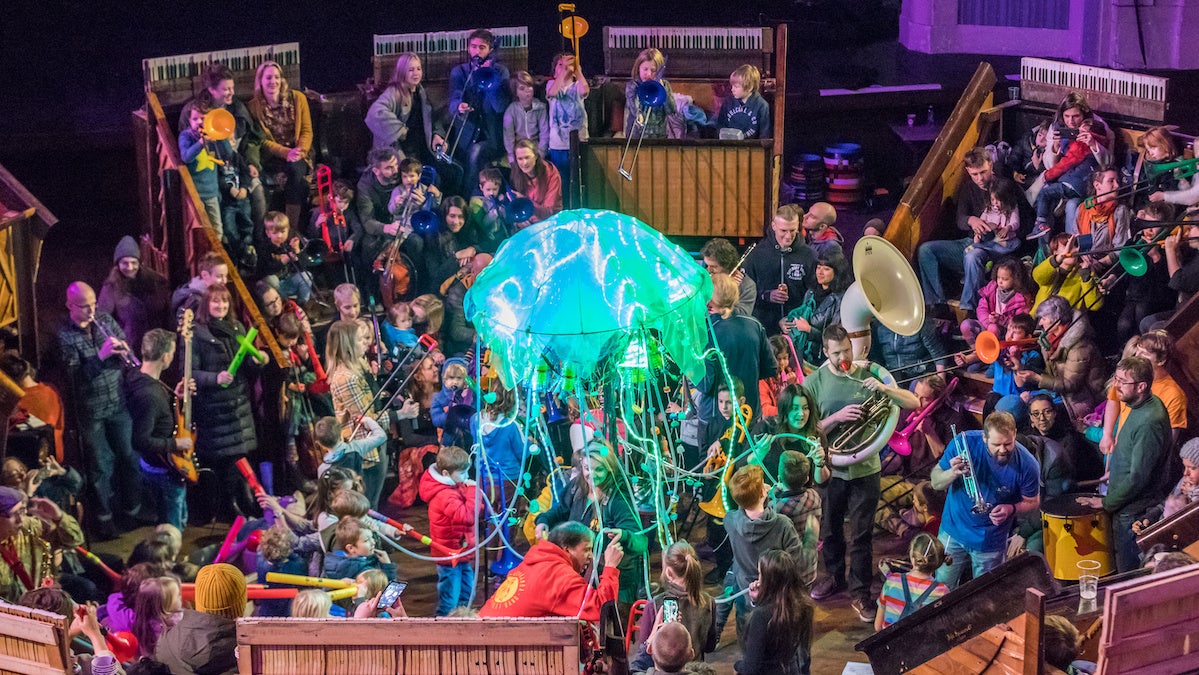 The Pianodrome, a first-of-its kind theater currently under construction in Glasgow, Scotland is being built with recycled pianos. Matt Wright

A first-of-its kind theater currently under construction in Glasgow, Scotland is giving the phrase “in tune with nature” a whole new meaning.

The 80-person performance space is the UK’s first permanent auditorium made entirely from recycled pianos, The Guardian reported Sunday. The innovative design is the fruit of a collaboration between Glasgow community organizer Alex Docherty; Tom Binns, a man who finds homes for old pianos in Glasgow, and Pianodrome, an Edinburgh-based group that built the world’s first 100-seat amphitheater from recycled pianos.

Pianodrome’s Tim Vincent-Smith told inews that the discarding of old pianos reminded him of the treatment of the environment.

“The countryside is like a piano that granny used to play but we don’t have any use for anymore,” Vincent-Smith said. “And we are chucking our environmental health away and literally burning it.”

“People have an extraordinary emotional attachment to their instruments and would be heartbroken to see them go in a skip,” Binns, who founded the Glasgow Piano City project in 2013 to reuse discarded instruments, told The Guardian. “We’re giving pianos a new life.”

The pianos are in turn bringing new life to Glasgow’s Springburn Park neighborhood. Two years ago, Docherty stopped a steel hut from being torn down so he could transform it into a community space instead.

“When I talk to my gran who grew up in Springburn, it used to have cinemas and places to go,” Docherty told The Guardian. “But since the decline in industry and the motorway demolitions [creating the unpopular dual carriageways and flyovers that bisect Springburn] they disappeared. We really need a community space in the area.”

It was Binns who thought of Pianodrome to design the space’s auditorium.

For Pianodrome, which premiered its temporary amphitheater at the Edinburgh Fringe festival in 2018 and has conducted numerous temporary installations since, it was a chance to design a permanent structure.

“Here, our installations have been limited to 28 days here and there, whereas in Springburn the council have given the Springburn Auditorium a long-term use of that building and the plan is to make an installation that is going to stay there,” Vincent-Smith told inews.

Pianodrome is now crowd-funding a permanent home for its Edinburgh amphitheater.

The Glasgow auditorium is made from about 40 pianos, including a baby grand, according to The Guardian.

The project is not yet finished, according to the Glasgow Times. The outer-shell needs weather-proofing and the seating is not done yet.

“We’ll be working with a team of craftsmen through the autumn and I would hope to finish before the winter. It will be the new year 2021 that we’ll probably open but that’s okay,” Binns told the Glasgow Times.