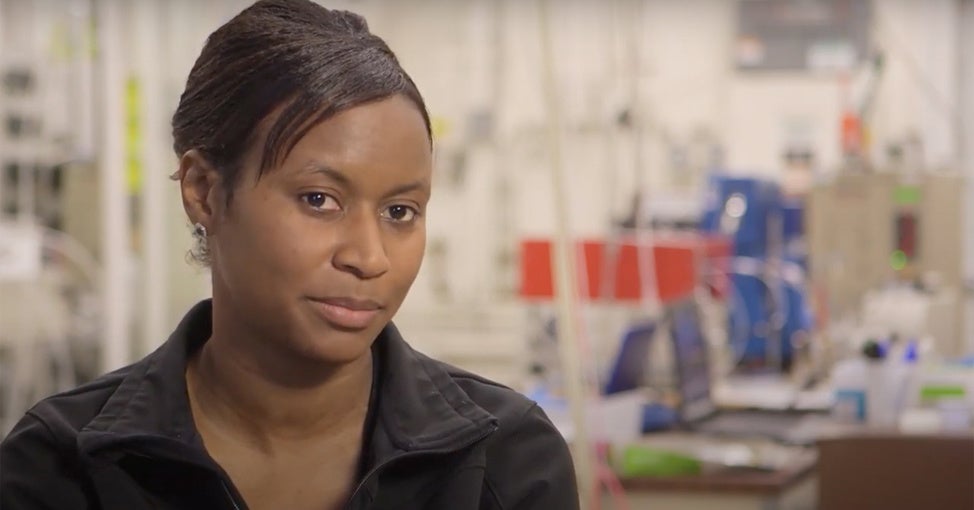 Factories and power plants often release a lot of carbon pollution. And without a government tax on that pollution, there’s not always a clear financial incentive for companies to reduce their emissions.

Etosha Cave is cofounder of Opus 12. The California start-up has developed a technology she says could motivate companies to invest in capturing their CO2 emissions.

“To me it just seemed like an elegant solution to provide a revenue stream for CO2 instead of throwing it away,” she says.

The company’s technology breaks down carbon dioxide and water, then combines them to create other molecules. Those molecules can then be used to make materials such as alternative fuels or plastics. It’s basically a way to recycle CO2 that would otherwise end up in the atmosphere.

“One product, for example, is jet fuel and you can imagine using that jet fuel in commercial flights,” Cave says. “Another product we make is polycarbonate polymer. The lenses in most sunglasses and eyeglasses are made from that now. We can make that from CO2.”

Opus 12 has already built a small version of its technology. The company still needs to build bigger units and prove it’s commercially viable. But at scale, Cave says this technology could make it profitable for companies to capture their harmful emissions.