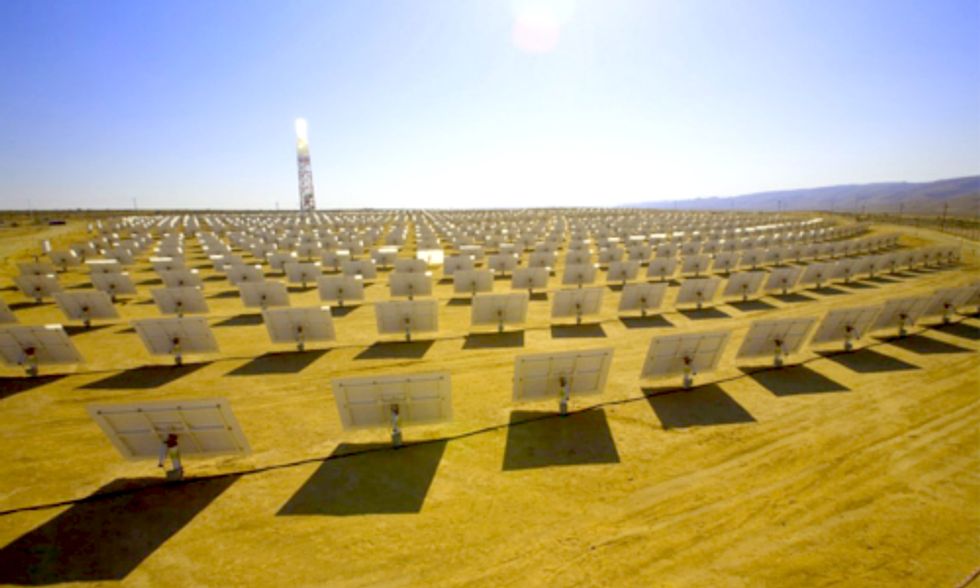 Last year ended in record-setting fashion for new solar photovoltaic (PV) installations in the U.S., but that's not exactly a surprise to some.

“Each year, the final quarter in the U.S. results in a new quarterly record for solar PV installed,” Michael Barker, a senior analyst at NPD Solarbuzz, said. “The solar PV industry in the U.S. is, on average, now installing more than one gigawatt of solar PV each quarter.”

According to NPD Solarbuzz's latest report, a record 1.4 gigawatts (GW) of new solar PV energy were installed during the last three months of 2013. That amount is equivalent to more than 1 megawatt (MW) of solar panels being installed during each hour of daylight for  three months.

The U.S. also set a record for the entire calendar year with 4.2 GW of installations. That pushes the country to the strongest solar market in the world behind only the Asia-Pacific (APAC) region.

More than 80 percent of the solar energy installed last year were for large-scale projects. Those ground-mounted and large roof projects accounted for 3.5 GW. The remaining 700 MW were for small residences and businesses and represented a 10-percent increase from 2012.

A report from The Los Angeles Times saw things in a different light than all three organizations. While each entity might define "large-scale" differently, the Times report states that only three large projects went online last year—two in California and one in Nevada. The leader of a solar institute agreed that it was a slow time for larger initiatives.

"I would say we are in an assessment period," said Amit Ronen, director of the George Washington University Solar Institute. "Nobody's going to break ground on any big new solar projects right now—utilities want to see how farms coming online this year fit into the grid, and developers are waiting for more certainty about state policies and federal tax credits."

APAC countries are expected to install more than 23 gigawatts (GW) of solar PV in 2014, which would set a new record for solar PV installed annually within any region, according to NPD Solarbuzz. Eighty percent of module production also coming from the region.