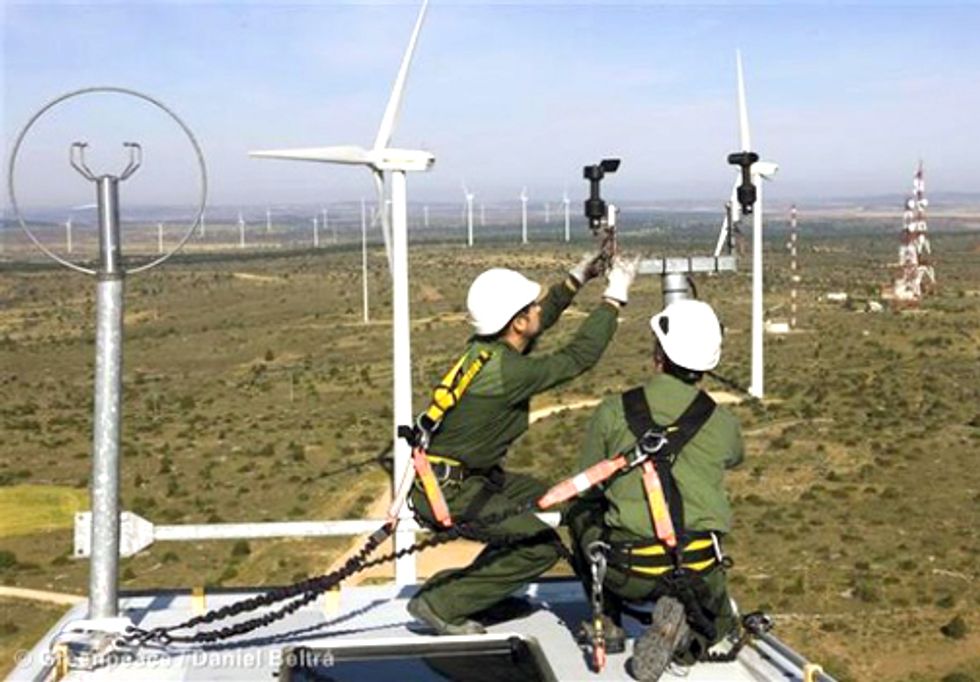 On a windy night in September, whilst most people were sleeping, wind power reached a record of 64.2 percent of Spain’s electricity demand.

The vast majority of Spain's power that night came not from fossil fuels but clean, renewable energy generated by wind turbines on the Spanish hills.

And what couldn't be used in Spain wasn't wasted.

Some was exported via giant cables linking Spain to the rest of Europe and some was used to pump water uphill so it could be allowed to flow back down later, when demand was higher.

Pumped storage and interconnectors are just two of the ways Spain has found to make sure wind works.

And it wasn't just one night.

During September Spanish tubines generated so much wind power that coal use in Spain crashed, reducing emissions from fossil fuels.

But Spain isn't even the windiest country in Europe.

The UK could generate far more power from on and offshore wind than Spain does.

Last month we got our own record. On Sept. 14 wind accounted for 10 percent of electricity use.

We could do so much more.

If Spain can make a serious transition to renewables, which now generate almost a third of their electricity, then why can’t the UK?