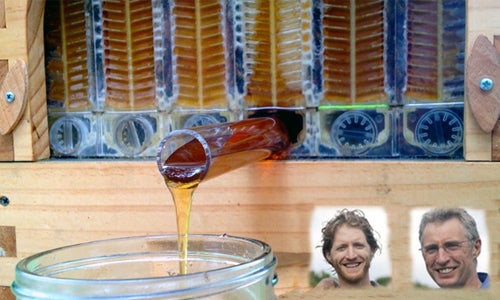 As of this morning, the duo team has raised more than $4.7 million and they still has 32 days left in the campaign! 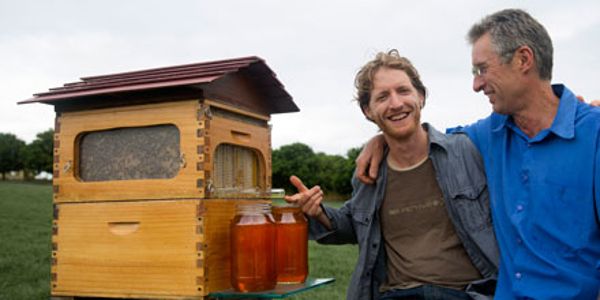 Cedar and Stuart Anderson share their excitement at the low-fuss system of honey-harvesting they invented. Photo credit: Flow

The Flow Hive indiegogo campaign is now the most successful crowdfunding venture ever launched outside the U.S. In dollar value, the U.S. has made by far the biggest contribution (around $2.5 million), with Australia having pledged $1.76 million, followed by Canada and the UK. On the bottom end of the scale Ukraine has come through with one dollar, two dollars each from Estonia and Serbia, and a crisp fiver from Rwanda.

“The response has been simply amazing. Its gone far beyond anything we would have imagined,” said co-inventor Cedar Anderson. “It’s gratifying and humbling to see so much support for Flow Hive, but ultimately I just love that what it’s really showing is support for bees. It’s so exciting!” 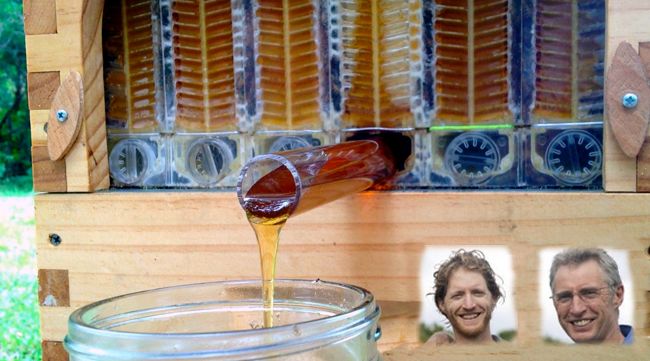 Right now we’re all working very hard to fulfill our pledges to our Indiegogo supporters by manufacturing the Flow Hives and Flow Frames and bringing them to the world,” said co-inventor Stuart Anderson. Photo credit: Flow

The Andersons have developed what they call the “beekeepers dream.” It’s a revolutionary beehive invention that allows beekeepers to harvest honey without opening the hive, which makes it much easier for people and reduces disturbance and stress on the bees. The invention allows you to enjoy fresh honey straight out of the beehive without opening it.

When asked if the huge success of the Indiegogo campaign has changed their plans, father and co-inventor Stuart Anderson replied, “The plan remains the same—only the scale has changed. Right now we’re all working very hard to fulfill our pledges to our Indiegogo supporters by manufacturing the Flow Hives and Flow Frames and bringing them to the world. That is paramount for us right now and we’re happy to report that the wheels are in motion and we are 100 percent certain that we will deliver.”

I don’t think stories get better than this.

In case you haven’t seen the great promo video about the Anderson’s company and campaign, watch here: