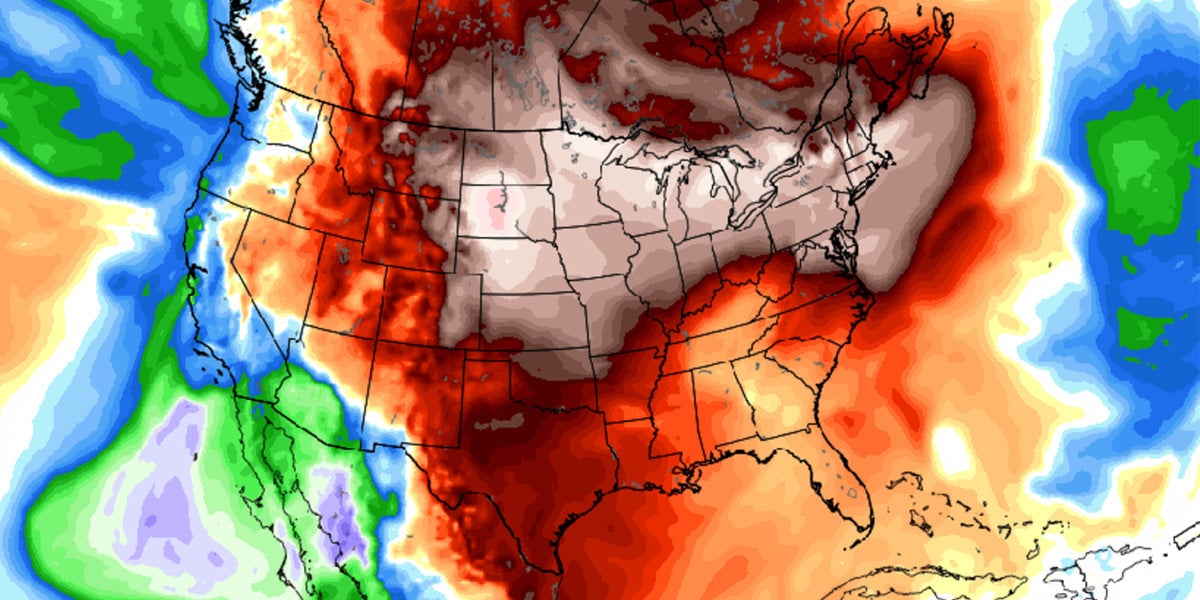 Multiple cities—from Washington, DC to Toronto to Milwaukee—smashed temperature records this week, as a record February warm spell continues to spread across the U.S.

Nearly 3,000 daily maximum temperature records were set during the first half of the month. During the past week, 736 record highs were set with no record lows recorded. Thursday, Falcon Dam, Texas recorded a (yet unverified) temperature of 107 F—the highest temperature ever recorded in the U.S. in February.

The unusually early spring weather is triggering a new type of guilt among the climate conscious: Both the Chicago Tribune and the Atlantic highlighted this week the bizarre mental calculus of enjoying warm weather that’s a clear sign of a changing climate.