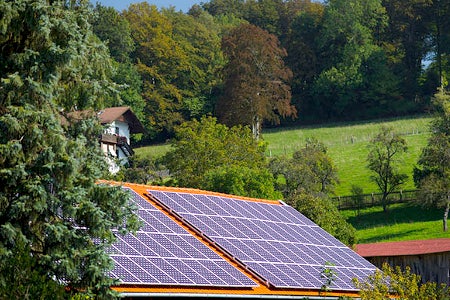 Germany’s renewable energy industry has again shown its strength, shattering through another solar power record, as utility company RWE announces it will close fossil fuel power plants as they are no longer competitive. 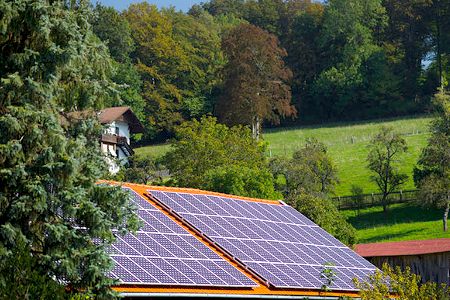 RWE said 3.1 gigawatts (GW) of generating capacity would be taken offline, as it suspends or shuts down some of its gas and coal-fired power stations. This represents six percent of RWE’s total capacity.

It said a boom in solar energy meant many of its power stations were no longer profitable.

Due to the continuing boom in solar energy, many power stations throughout the sector and across Europe are no longer profitable to operate. During the first half of 2013, the conventional power generation division’s operating result fell by almost two-thirds.

German rival E.On has also said it has shut down or left idle 6.5 GW of generating capacity.

And as fossil fuels show signs of decline in Germany, the country’s record-breaking renewables sector continues to show its strength.

July saw the country clock 5.1 terawatt hours (TWh) of electricity from solar panel systems, breaking its own monthly record, according to the latest data from the EEX Transparency Platform.

This all-time high for energy generation comes as the country experienced an especially sunny weather, and saw a continued increase in capacity—although slower than experienced in previous years.

This is an impressive result for a country that gets less than half the sun available in some of the sunnier parts of the world. The latest record also beats the five TWh of electricity the country produced from wind turbines this January.

Much of Germany’s massive solar power capacity comes from roofs of homes and businesses—around 51 percent of the country’s renewable energy is owned by citizens and this massive uptake of solar installations in the country has also helped bring down the price of solar considerably in recent years.