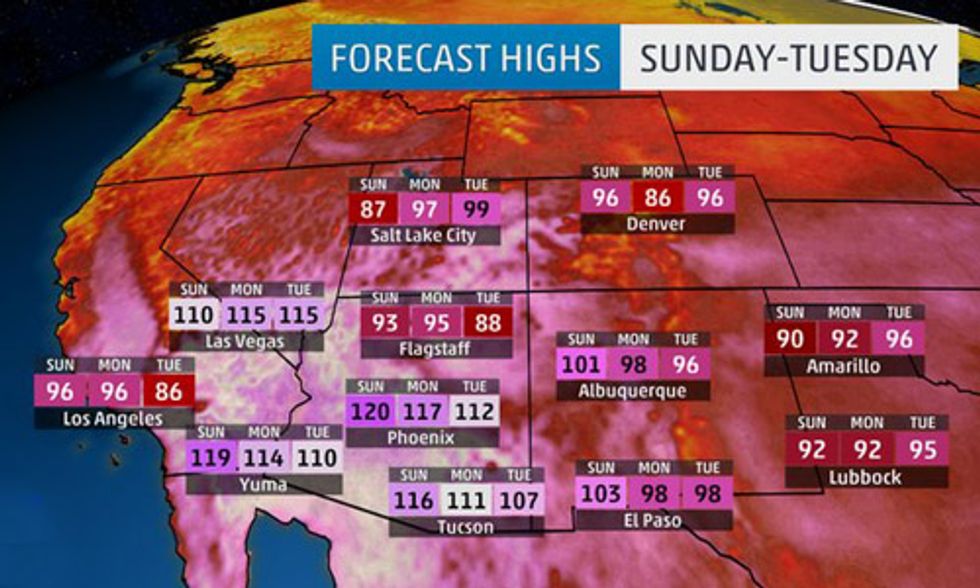 Temperatures climbed rapidly over the weekend in Arizona and southern California, hitting a scorching 118 F in Phoenix and leading to four deaths. The excessive heat stoked at least four major wildfires in the region and more than 300 million people remain under heat warnings or advisories.

A Phoenix-bound flight was forced to return to Houston due to the extreme heat conditions. The National Weather Service issued a list of record-setting temperatures in cities across southern California, as CNN Meteorologist Pedram Javaher called it the hottest start to summer ever in California, New Mexico and Arizona.

The National Weather Service issued a list of record-setting temperatures in cities across the Southwest. Here’s a sampling:

As the climate warms, the most extreme heat events are becoming dramatically more frequent.