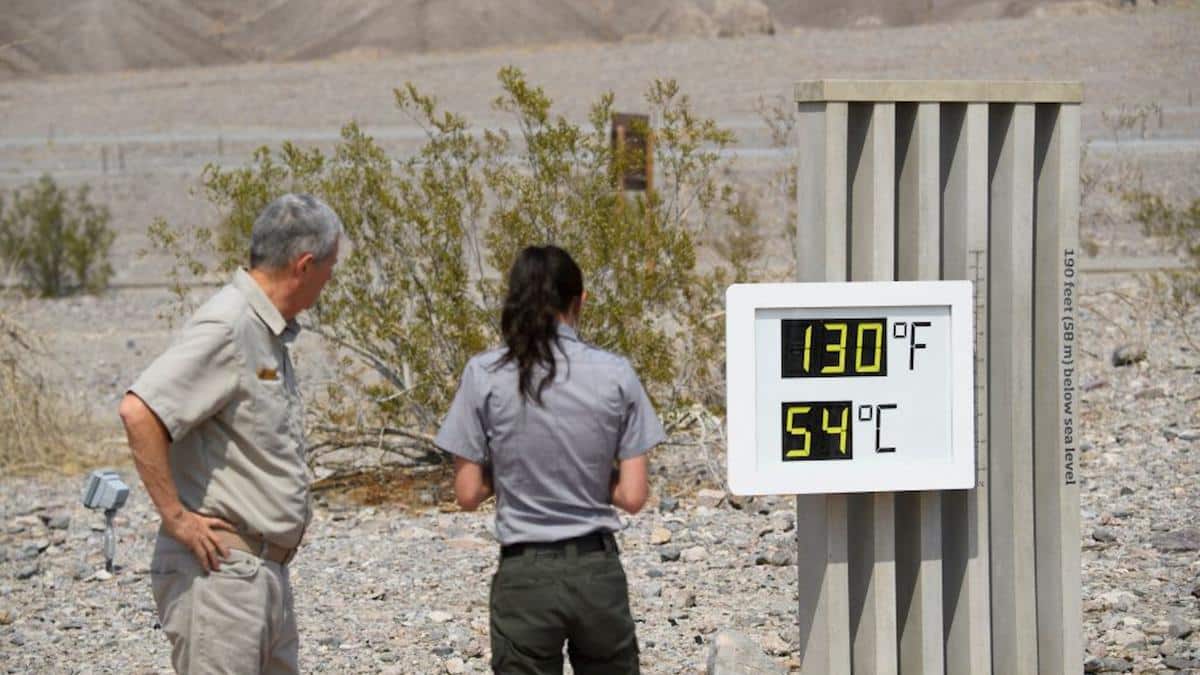 A heat wave scorched the U.S. West just before the official start of summer, bringing record-breaking temperatures, worsening a dangerous drought and offering yet another example of how the climate crisis has upended our idea of normal.

The immediate cause of the hot weather was a high pressure system over the U.S. West, combined with the fact that soils are already parched from an ongoing drought, as The AP reported. However, these kinds of high pressure systems, or “heat domes,” are unusual so early in the year, and this year’s is particularly severe, UCLA climate scientist Daniel Swain told NPR.

Burning Through the Records

The heat wave broke records from California to the Great Plains, including records for the hottest day during any month within 100 to 150 years. Here are some of the highpoints, as CNN reported:

The high temperatures continued across the U.S. West on Sunday, according to the National Weather Service (NWS), but were expected to fall again at the start of this week, as CNN reported.

Even when relief comes from the heat, however, the U.S. West is still in the midst of a dangerous drought that at once fueled and was fueled by the heat wave.

“The drought is leading to extremely low soil moisture, which is making it easier for these high pressure systems to generate extreme heat waves because more of the sun’s energy is going into heating the atmosphere rather than evaporating nonexistent water in the soil,” Swain told NPR.

At the same time, the high temperatures further dry out the soil.

The drought, known as the megadrought, has lasted for two decades and about half of it can be blamed on greenhouse gas emissions, according to The AP. And there are chances it could get even worse.

“This current drought is potentially on track to become the worst that we’ve seen in at least 1,200 years,” University of California, Irvine Earth system scientist Kathleen Johnson told The Guardian.

It isn’t just the drought that has been linked to climate change. The high temperatures themselves were also predicted by climate models.

“Climate change is loading the weather dice against us,” Nature Conservancy chief scientist Katharine Hayhoe told The Guardian. “We always have a chance of rolling a double six naturally, and getting an intense record breaking summer heatwave. But decade by decade as the world warms, it’s as if climate change is sneaking in and taking one of those numbers on the dice and turning it into another six, and then another six. And maybe even a seven. So we are seeing that heatwaves are coming earlier in the year, they are longer, they are stronger.”

In fact, the West could see another heat wave within the next 10 days, according to NPR. And more frequent and extreme heat waves are on forecast for the future if nothing is done to reduce greenhouse gas emissions, Kristie L. Ebi, a professor at the Center for Health and the Global Environment at the University of Washington, told The AP.