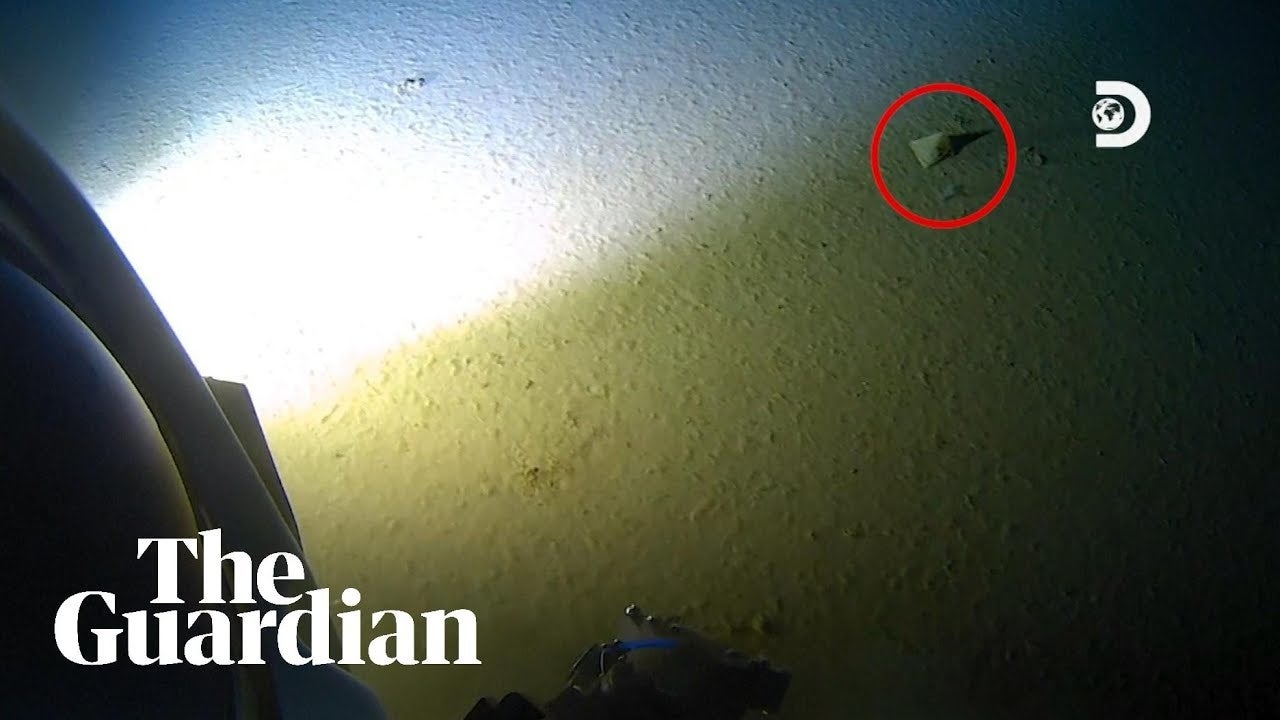 An America man completed the deepest-ever solo underwater dive May 1. But when he reached the bottom of the Challenger Deep in the Mariana Trench, he found that another representative of the human world had gotten there first: plastic.

Victor Vescovo said he found a plastic bag and candy wrappers on the sea floor, some 35,853 feet below the surface, CNN reported Tuesday.

Vescovo made the trip as part of his Five Deeps expedition, which is being filmed by the Discovery Channel. The 53-year-old financier and retired naval officer is conducting detailed sonar maps of the deepest parts of the ocean. Trips to the Atlantic Ocean’s Puerto Rico Trench, the South Atlantic’s South Sandwich Trench and the Java Trench in the Indian Ocean have already been completed. The details of the Mariana Trench trip were just released Monday. Finally, Vescovo will explore the Arctic’s Molloy Deep this August.

“I criss-crossed all over the bottom looking for different wildlife, potentially unique geological formations or rocks, man-made objects, and yes, trying to see if there was an even deeper location than where the Trieste went all the way back in 1960,” Vescovo told CNN of his most recent trip. (The Trieste was the first submersible to explore the Challenger Deep.)

In addition to the plastic, Vescovo’s team think they have discovered four new species of prawn-like crustaceans, BBC News reported. However, the scientists plan to test if the animals collected have already encountered humanity in the form of microplastics. A 2017 study found microplastics in crustaceans in six of the deepest parts of the ocean, including the Mariana Trench.

Vescovo isn’t the first to find plastic at the bottom of the ocean’s deepest trench. A 2018 paper documented at least 3,000 pieces of litter in the trench, including a plastic bag at 36,000 feet below sea level. At least eight million tons of plastic enter the world’s oceans every year, and, if this continues, there will be more plastic than fish in the ocean by 2050.

The previous record for a solo dive was held by Titanic Director James Cameron in 2012, CNN reported. In his new record-breaking trip, Vescovo and his team made five dives.

“It is almost indescribable how excited all of us are about achieving what we just did,” he told BBC News.”This submarine and its mother ship, along with its extraordinarily talented expedition team, took marine technology to a ridiculously higher new level by diving — rapidly and repeatedly — into the deepest, harshest, area of the ocean.”