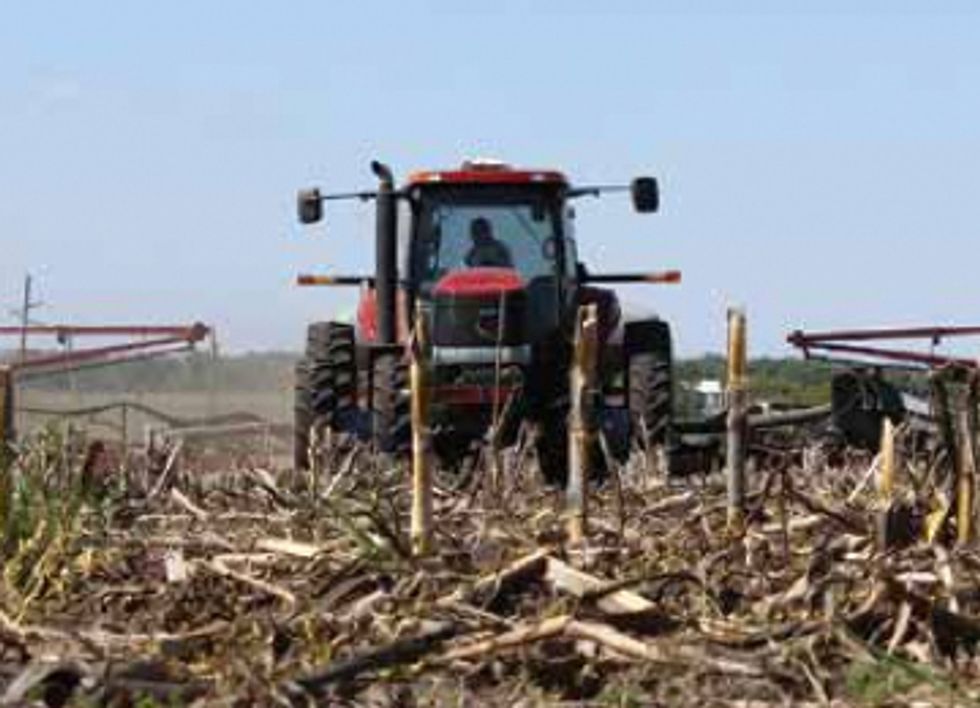 Extreme weather means lost food as drought, flood and other weather-related farming hazards threaten and destroy crops. But what are we to do, since we can’t fight weather? Or can we?

As we enter this new frontier of the wild, wild weather, one of the most promising strategies for reducing both the material and financial losses is to build the resilience of our farms. Practices such as cover cropping, no-till and efficient irrigation have shown to reduce crop losses associated with extreme weather. Faced with a future of untold numbers of drastic weather events, we would be silly not to use every tool in our toolbox to promote these types of water-smart, climate-proofing practices.

On Tuesday, Natural Resources Defense Council (NRDC) released a report, Soil Matters: How the Federal Crop Insurance Program should be reformed, outlining a strategy to use one of the most prevalent farming risk management tools, the FCIP, to encourage more resilience on our farms.

Fortunately, farmers who lose crops due to extreme weather are covered through the Federal Crop Insurance Program (FCIP), which reimburses them when those disasters hit. Unfortunately, the bill—a large portion of which is paid by the American public—has been skyrocketing alongside the increased rate of extreme weather events. In 2011, FCIP paid out a record-breaking $10.8 billion in crop insurance claims to farmers, many of whom suffered during the historic Mississippi River basin floods that year. FCIP broke that record in 2012, when indemnities topped an all-time high of $17.3 billion, mostly due to severe drought. Nearly $8.4 billion of those total crop loss payouts were funded directly by taxpayers.

Corn farmers in states that were most impacted by the 2012 drought—Illinois, Iowa, Nebraska and Kansas—received nearly $4 billion in indemnities due to drought loss. However, the average cover cropping corn farmer’s yields did not go below the average yield that would trigger an insurance claim payment in these states. Cover cropped fields yielded an average of 122 bushels of corn per acre in these states, while non-cover cropped fields yielded only 106 bushels of corn per acre on average.

This 15 percent increase in yield for the average cover cropping farmer meant he/she did not hit the crop insurance “deductible,” and therefore most of the money paid out in these states went to corn farmers who did not use cover crops. Effectively, this means we are penalizing farmers who are working to build their resilience, to reduce their losses, to ultimately save both the crops themselves and the payments the American public is paying out.

If farmers planting cover crops don’t experience the same losses, shouldn’t they get a “good driver” credit on their insurance premium? Right now, FCIP premium rates are non-competitively set by the Risk Management Agency, which is part of the U.S. Department of Agriculture. While setting those rates, why not take the opportunity to reward those who are practicing preventative measures (especially when those same measures are saving water, fertilizer and erosion occurrence)?

Earlier this year, we published a survey on crop losses in fruits and vegetables to examine what was driving the losses. A good portion of the losses were due to economic drivers, such as low prices at the time of harvest. Weather and pests were of course mentioned too, as inherent risks to the businesses that were difficult to ameliorate. Difficult, yes—we all know you can’t change the weather—but what we can do is take steps to defy its effect by setting ourselves up with the healthiest soil, most efficient irrigation and least amount of erosion possible.

To do this, let’s give farmers who cost the system less the premium breaks they are due.