Recent Tragedies Highlight Need to Reform Regulations for 500,000 Miles of Oil and Gas Pipelines in U.S. 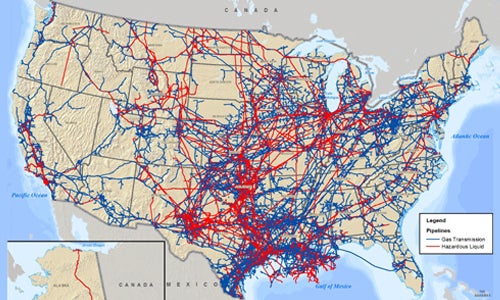 What’s going on with pipelines? Has there been a high number of major pipeline tragedies recently, or are such incidents just more in the news with widespread attention to potential federal approval of the proposed Keystone XL pipeline?

As someone who has worked on pipeline safety and associated environmental protection issues since I began serving on a pipeline federal advisory committee in the mid-1990s, I can say confidently that the period from 2010-2013 has had a very large number of serious transmission pipeline tragedies compared to the previous decade (serious in the lay-person’s sense of the term, i.e., not the relatively narrow definition developed by federal pipeline regulators). 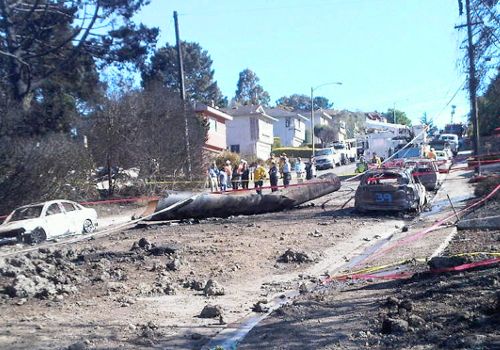 The worst of these incidents—Pacific Gas & Electric’s San Bruno, CA, natural gas explosion in 2010 which killed eight and injured many; Enbridge’s Marshall, MI, tar sands oil spill in 2010 that closed 40 miles of the Kalamazoo River for two years with the cleanup still ongoing; ExxonMobil’s Mayflower, AR, tar sands oil spill in 2013 when oil flowed through a neighborhood; and Tesoro Logistics’ giant oil spill into a North Dakota wheat field with no leak detection mechanism in place—compare in scale to the biggest pipeline incidents of the past. At a time of technology improvements including advances in leak detection and with a pro-government administration in place, why are we still experiencing preventable transmission pipeline tragedies of this size and scale? 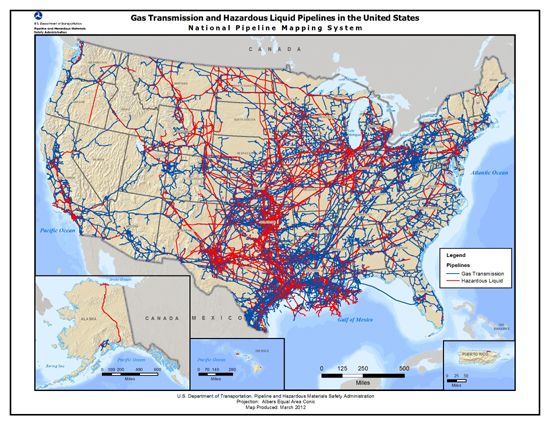 Early in the Obama administration, PHMSA began a review of its hazardous liquid (49 Code of Federal Regulations Part 195) and natural gas (49 Code of Federal Regulations Part 192) transmission pipeline regulations, and requested public comments on what changes should be made to improve those regulations. These “advanced notices of proposed rulemaking” (ANPRM) were issued on Oct. 18, 2010, for hazardous liquid transmission pipelines and on Aug. 25, 2011, for natural gas transmission pipelines. Commenters included industry, state and local governments, public interest organizations, and individuals.

Despite extensive and broad interest in updating and streamlining these regulations, PHMSA has not issued the necessary follow-up rulemaking proposals. These regulations are needed reforms that have not progressed at all during the five years of the Obama administration. PHMSA’s regulatory paralysis is unacceptable to those who lived through past transmission pipeline tragedies and to everyone who lives near or cares about pipeline safety. 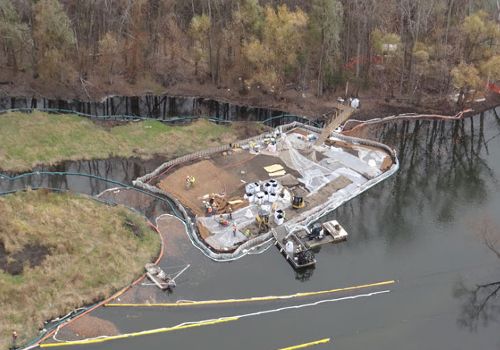 These federal regulatory reforms, which have been under development since well before the ANPRMs were issued, include:

What will it take to get the Obama administration to move forward on these important regulatory initiatives? Sadly, relatively frequent, major pipeline tragedies do not appear to be enough. Congress should be concerned about this and may need to hold hearings on why there have been regulatory development delays, especially after it did its job in 2011 reviewing and passing the pipeline safety statute reauthorization with bi-partisan votes in both the House and Senate. The new Secretary of Transportation, Anthony Foxx, also needs to be aware of, and to take action on, the unacceptable regulatory paralysis that currently prevents pipeline safety improvements.